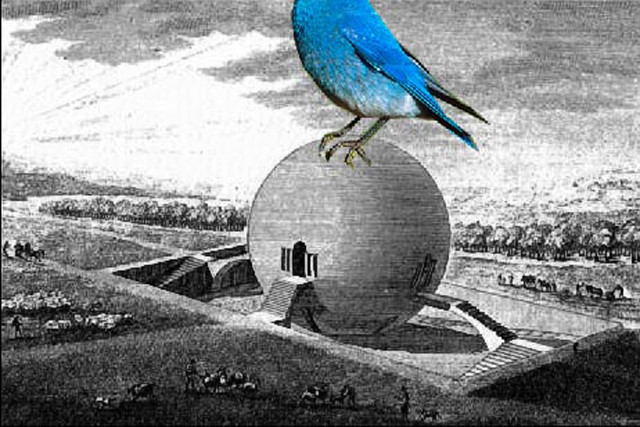 Alvaro Urbano
Utopias are for Birds


Utopia is a non-place, a good-place. Utopia is defined as an idyllic society with a legal system and socio-political ideals, a society living in harmony, between geographical dislocation and intellectual positivism. Many have been and will be, the failed attempts to reach that model.
"Utopias are for Birds" is based on a collection of utopian projects: architectural ideas that could not be carried out because of financial or constructional unfeasibility, leaving only drawings and diagrams for posterity.

The different birds' nests are reproductions of drawings by Claude-Nicolas Ledoux, Archigram, Superstudio, Yona Friedman and others. Placed amongst the architecture of the building where the gallery is located, the works create a path from the street outside to the courtyards.


Alvaro Urbano was born in Madrid in 1983. He studied at the Escuela Tecnica Superior de Arquitectura, Madrid and the Institut für Raumexperimente (UdK) in Berlin.

Recent shows include the Reykjavik Art Museum (Iceland), curated by Markús Þór Andrésson and MOT - Museum of Contemporary Art Tokyo (Japan). Urbano has received residency grants from Smart Project Space (Amsterdam) and Hangar Barcelona. He was given Injuve award the twice been awarded the Fundacion Arte y Derecho prize.
In the last year, the artist had been curating different venues such as the recent Performing Politics Symposium Critical Spatial Practices in Art and Architecture. He is co-curating the next issue of Tick Journal and runs his own platform called HOST. His works and writings have been published in different books and magazines, including: Pidgin (Princeton School of Architecture), Deconcrete.org, Mapping Everything Conceived by Olafur Eliasson and Guther Vogt, UNPLANNED Superfront Art and Architecture, amongst others.