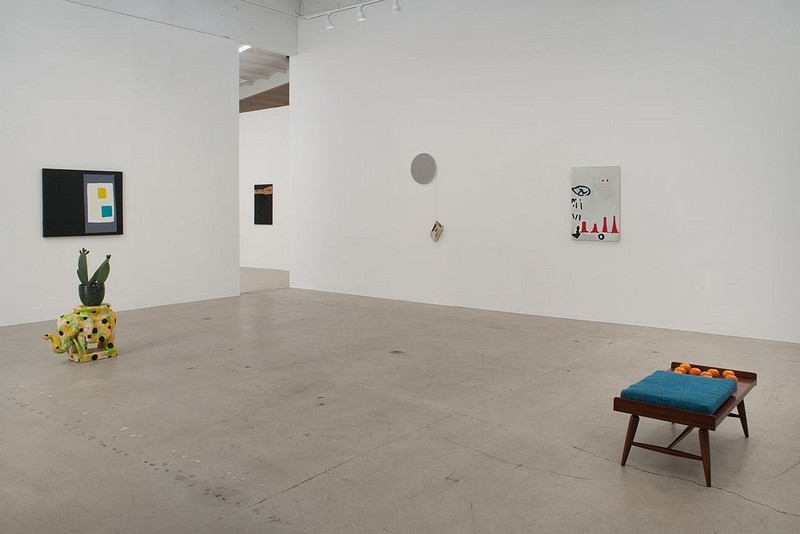 Selecting things is not always easy but seems to happen frequently.

Read a book: Dennis Cooper's 'Idols' and 'The Tenderness of Wolves', Bob Nickas's 'Live Free or Die' and 'Theft Is Vision', George Melly and J.R. Glaves-Smith's 'A Child of Six Could Do It!', and Sam Kash's 'Surf Goddesses'.

There is no telephone in this show but there is a third artist.

This is the third in an ongoing series of collaborative exhibitions organized by Matthew Higgs and Margaret Lee. The first was held at Milwaukee's Green Gallery in 2012, and the second at New York's Murray Guy in 2013.
Matthew Higgs is an artist, curator and writer based in New York. Since 2004 he has been the director of White Columns, New York's oldest alternative space. He has shown his own work since 1993.
Recent exhibitions include Murray Guy, New York and Green Gallery, Milwaukee (both with Margaret Lee); Glenn Horowitz Bookseller, East Hampton; and Galerie Senn, Vienna (with Gedi Sibony).

Margaret Lee is an artist and curator based in New York. She is the co-proprietor (with Oliver Newton) of New York's 47 Canal gallery. Previously she was the founder of the artist-run space 179 Canal.
Recent solo exhibitions include Jack Hanley Gallery, New York; and Callicoon Fine Arts, Callicoon. Recent group exhibitions include New Pictures of Common Objects, MoMA PS1, New York; and Bulletin Boards, Venus over Manhattan, New York.

Marlon Mullen is an artist based in Richmond, CA he works with N.I.A.D- the National Institute of Art and Disabilities, a studio program for artist with mental and developmental disabilities Mullen had a solo exhibition at White Columns, New York (2012), his work was included in Create (Berkeley Art Museum, curated by Larry Rinder and Matthew Higgs), and After Shelly Duval '72 (Frogs On The High Line) at Maccarone, New York (curated by Bjarne Melgaard.)
chinaartobjects.com/