This Sentence, by Public Fiction 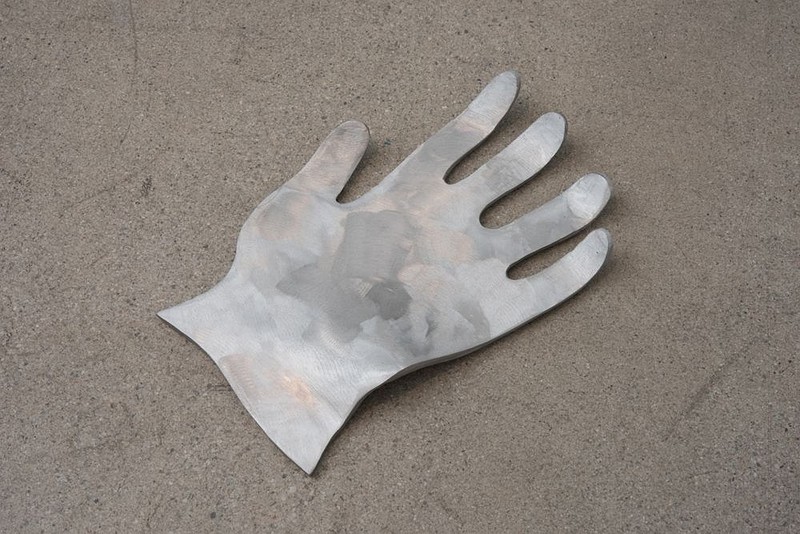 This Sentence, is an exhibition of nine artists that will accumulate, weekly, over the course of the summer, paired with a program of performances and screenings, contemporary and historical “citations,” giving context to the ideas in the show.

The exhibition is about the space between choreography and language, as they exist on the screen and is inspired by two video works. The first, Points in Space (1986), is a dance made for television by choreographer Merce Cunningham, in which dancers play sculptures, alternating movement with stillness in front of a camera whose frame, motion (and rest) is a part of the “score”; the second, Associations (1975), is a short work by experimental filmmaker John Smith, which puns on semiotics by voicing an essay on linguistics, while setting images and text against one another, on screen.

This Sentence, quotes contemporary choreography as it draws from vernacular gestures, staging bodies like objects and replacing bodies with objects, to present an exhibition like a performance, framed in the proscenium of the gallery. Here, we might say that both language and choreography are alike in their economy, in how they build their fluidity on segue, on “association”: the articulation of ideas, through phrases structured to carry unexpected, and yet connected, turns. Connections that become stronger or clearer with repetition.

The space we are charting in this exhibition, proposes that movement and syntax have the ability to depict a certain kind of urgency, culling from the pedestrian and illustrating the political through allegory: the ineffable, made effable, ineffably.* In this essay-like exhibition, introduced one paragraph at a time through weekly dispatches, we will look at the expression of language and movement both on screen and in space, from “pure presence”* to redacted time.

There will be performances staged by Ryan Gander, and Adam Linder. As well as a conversation with writer Alexander Keefe on dancer/choreographer Viola Farber.

In short, this is an exhibition whose ambition is the illustration of language, the animation of objects, and the choreography of colloquialisms....All the while acknowledging, this could get complicated, like trying to stand in a moving spotlight, on stage after the curtain has lifted.

Yours, in comedy and error,

* We are pulling from a few friends here... This thought on language originated with linguist Wittgenstein, and was most recently synthesized by Maggie Nelson in her brilliant new book “The Argonauts.”

* And this... from the writing in progress of Alexander Keefe, on the topic at hand.
chinaartobjects.com/