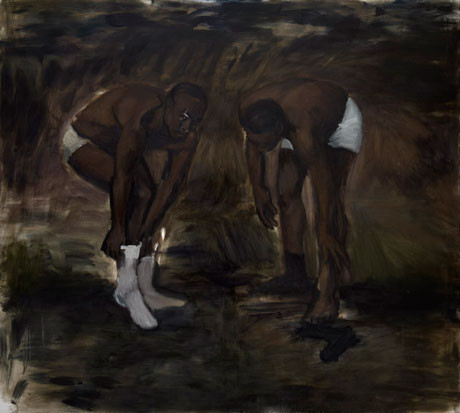 Chisenhale Gallery will present a new body of oil paintings by Lynette Yiadom-Boakye.

Yiadom-Boakye’s figurative paintings are drawn from her own fictitious set of characters and allude to traditions of European portraiture. The way in which an audience might project meaning on to these figures is a key point of interest for Yiadom-Boakye, addressing the very problem of representation – particularly with regards to black subjects - in figurative painting and public spectatorship at large.