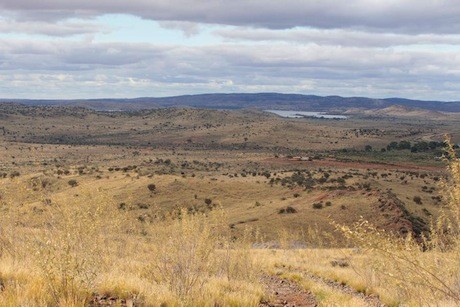 Chisenhale Gallery presents a new commission by Bangkok based artist Pratchaya Phinthong for his first solo exhibition in the UK. Broken Hill explores the status of the replica ‘Broken Hill’ skull in the collection of the Lusaka National Museum, Zambia and the displacement of the original to the Natural History Museum in London, examining how historical narratives are performed through objects.

The ‘Broken Hill’ skull is the first early human fossil found in Africa and provided the primary evidence to support Darwin’s theory of evolution, proposing humans as the natural descendants of primates. Discovered by Zambian miners in 1921, the skull was taken to London by the British colonial authorities. At the Natural History Museum it has been instrumental in the development of contemporary theories of human evolution, including research that has traced the origin of anatomically modern humans to sub-Saharan Africa.

Phinthong’s interest lies in the replica skull, whose status as a fake is revealed to visitors to the Lusaka National Museum by one of the museum’s guides, who, as part of his tour of the collection, narrates the story of the original skull’s discovery and its subsequent removal. For his exhibition at Chisenhale Gallery, Phinthong has loaned the replica skull, replacing it with an identical model purchased online. He has additionally invited the museum guide, Kamfwa Chishala, to travel to London for the duration of the exhibition in order to relay the complex history of the skull to Chisenhale Gallery visitors, as he does in Lusaka.

This new commission develops from Phinthong’s ongoing research in Africa, including Sleeping Sickness (2012) for dOCUMENTA (13) – attempting to counter a deadly disease, transmitted throughout Ethiopia, Tanzania and Zambia by the tsetse fly, with an ecological fly-trap produced by a Thai company and deployed by local people. Phinthong’s often open-ended projects intervene in global social and economic structures and engage directly with geographical and social contexts. He uses established systems of exchange and equivalence – including the conceptual language of art – to highlight the materialisation and dematerialisation of value.

Although Broken Hill engages with discussion around the provenance of objects, Phinthong is primarily concerned with questions of human agency. The loan of the replica skull is the product of a fragile network of personal relationships across three continents, between individuals in Lusaka, Bangkok and London. By inviting the participation of Kamfwa Chishala, the Zambian museum guide, Phinthong opens the work up to the influence of Chishala’s own biography and personal subjectivity. The implications of his intervention into the multiple narratives surrounding the ‘Broken Hill’ skull play out into the future, extending the project beyond its existence as an artwork.

Pratchaya Phinthong’s exhibition is supported by The Henry Moore Foundation, The Elephant Trust, Yana & Stephen Peel and Spring Workshop. With thanks to gb agency, Paris.
www.chisenhale.org.uk