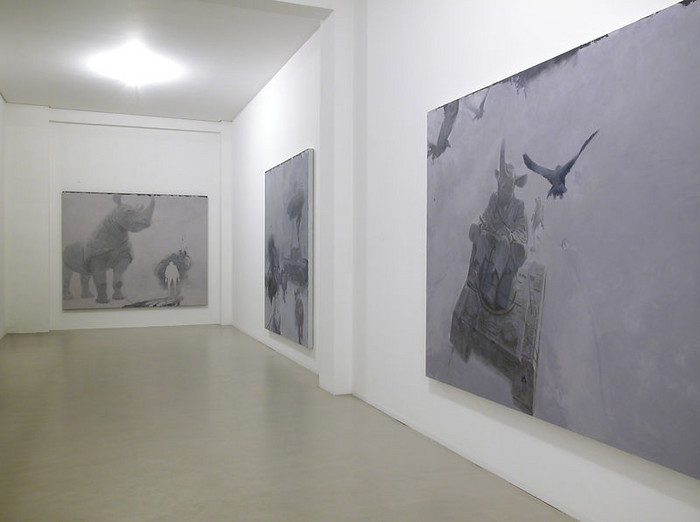 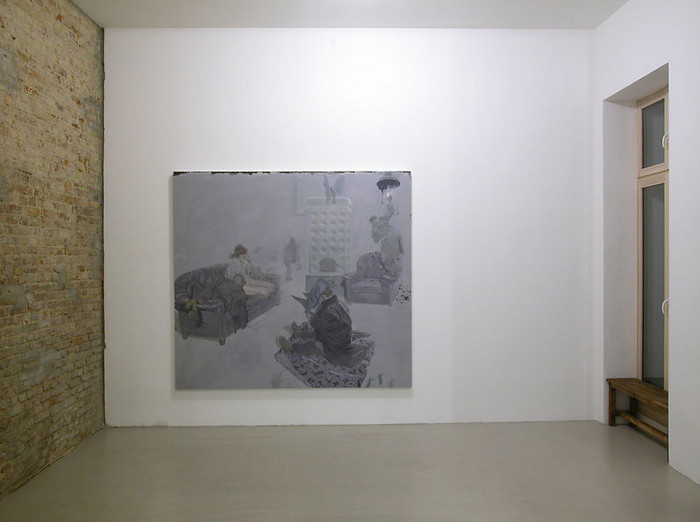 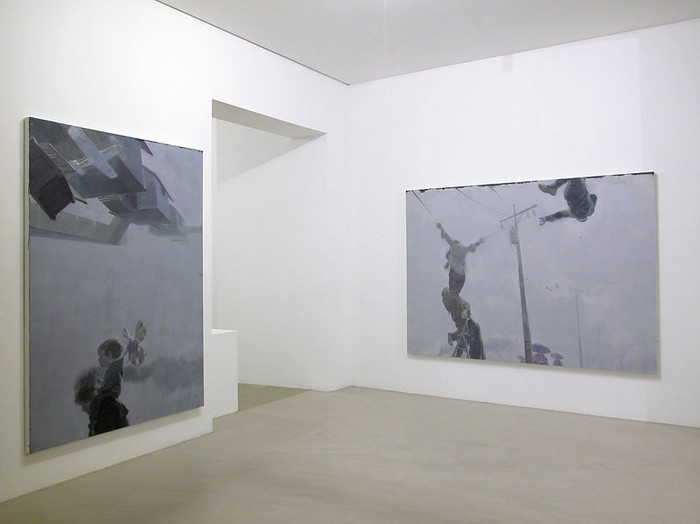 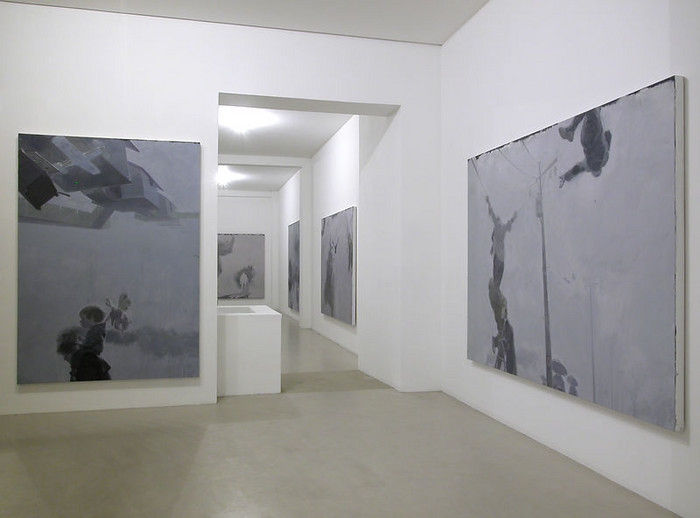 We are pleased to invite you to the opening reception of Ruprecht von Kaufmann‘s exhibition „Nebel“ at Galerie Christian Ehrentraut.

The „Nebel“ series consist of six large scale painting dealing with the classic motif of the Circle of Life.

Supposed sequences of memory from childhood and adolesence, adulthood and age appear before a densely comoposed multilayerd colour surface. But moving from work to work, the mood becomes even more agressive and devotional portraits are turning into battle scenes. Often, there appear motives from the History of Arts or Literature. The literary genre of the coming-of-age novel is being translated into painting and allegoric animal figures attest to the events on the panel. As such, the rhino-theme/ motif of the rhino means a simple toy in one picture, wheras in others it is a symbol for reckless advance/ progress.
Always, the event/ happening rests diffusely bhind grey

After parts of the series were previously exhibited in the „Daydreams and Darksides“ show at Künstlerhaus Bethanien, Berlin and von Kaufmann‘s solo exhibition at Hospitalhof Stuttgart, this is now the first time the whole circle of works is comprised in one exhibition.

Ruprecht von Kaufmann, born 1974 in Munich, studied painting at the Art Center College in Los Angeles. After living in Los Angeles and New York for several years, he lives and works in Berlin since 2003. His works have been exhibited at numerous venues including the Fraktale IV exhibition at Palast der Republik, Berlin (2005), Kunsthalle Mannheim (2006) and Konrad Adenauer Stiftung, Berlin (2007).