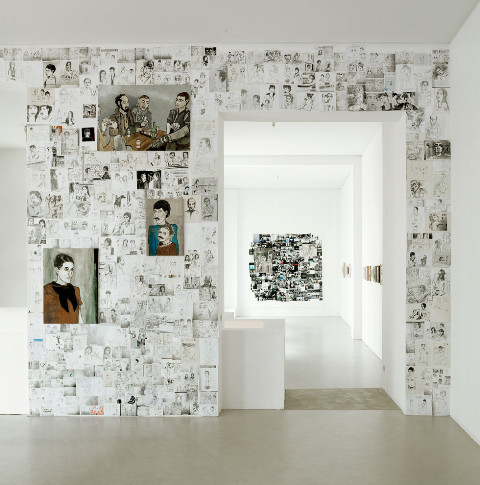 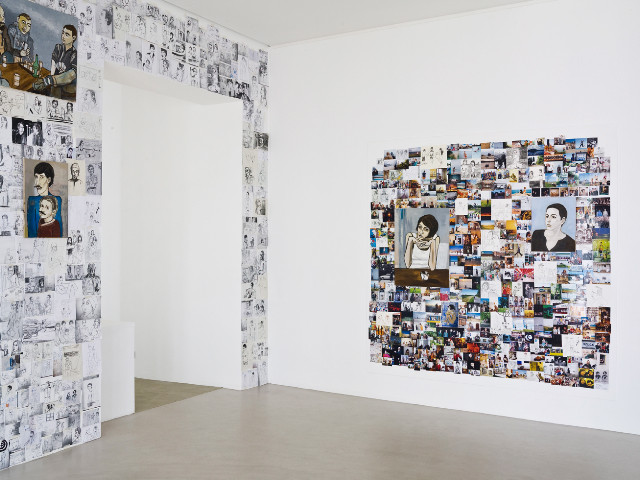 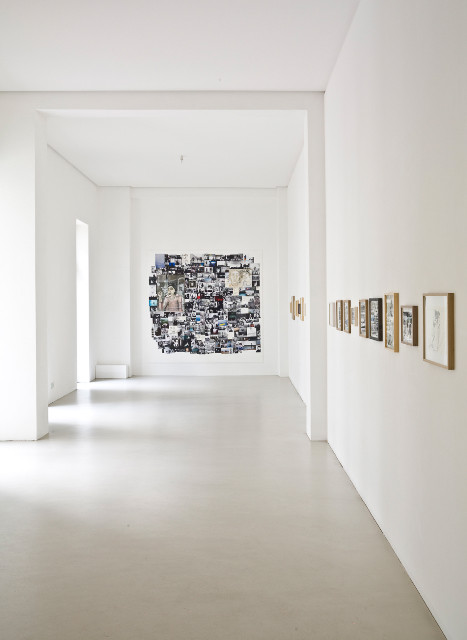 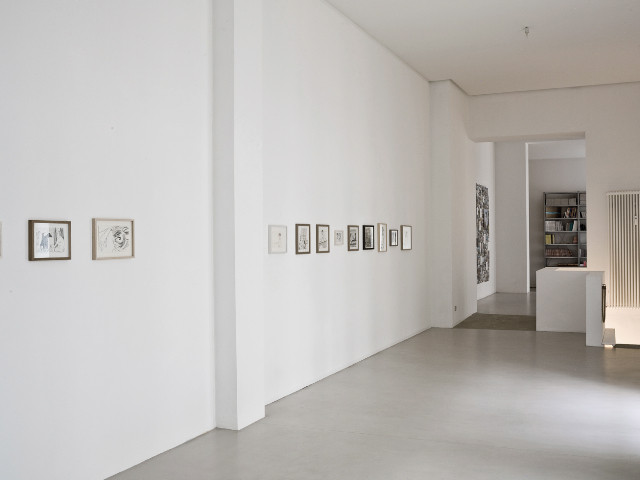 The three new large-scale installations and collages of the exhibition assemble an endless number of scribbles and sketches that seem to be taken from a diary, snapshot-like photographs, highly stylized paintings and documentary-style black and white images.
Characters inhabiting the scenes, often including the artist herself, appear in various media and settings as diverse as New York hotel rooms, Japanese speed trains, art fairs, the Barcelona subway or the artist’s own studio in the city of Leipzig.
Within the installation, vast amounts of image information and content build up to whole clusters to form cross-references and allusions that can be read and interpreted in manifold ways. Furthermore, single motives and characters are repeated, de- and re-contextualized and finally arranged on different levels of time and space.
In this way, the artist manages to unfold her pictorial road-movie that tells us a non-linear, multi-perspective story by deliberately directing and constructing images that seemingly depict an intimate, autobiographical artist’s portrait.

An artist book published by LUBOK Verlag will accompany the exhibition.

Stephanie Dost was born in Rochlitz in 1980. She attended the Leipzig Academy of Visual Arts, studying from 2000 to 2006 under Prof. Arno Rink and Prof. Neo Rauch. Recent solo exhibitions include “Private Function” at Marianne Boesky Gallery, New York (2007) and “Hartkonturiert” at MaisterraValbuena, Madrid (2009).
www.christianehrentraut.com