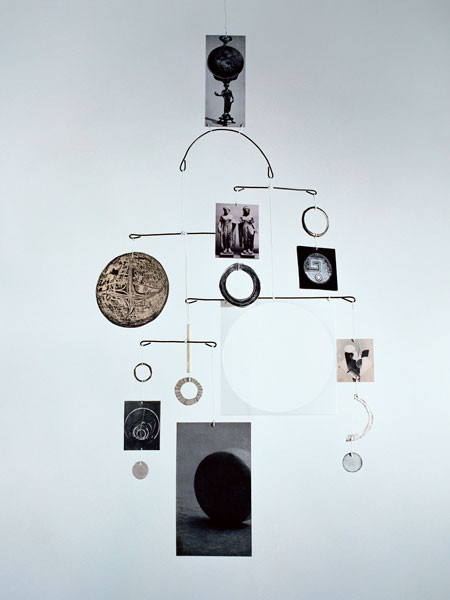 For the exhibition Blackberrying we have invited eight artists, all of whom raise questions in their work concerning the sense of vision, especially as it applies to looking at art. What do we expect, as observers, in our encounter with an artistic work? When is something recognisable? What is visual desire? The artists also explore such concepts as surface and substance, intimacy and distance, and abstraction and representation.
The Russian theorist Lev Manovich has written that our desire to continually see more and get closer to things ends up by destroying the internal relationships between objects. In the end the material order becomes completely undermined, with the result that such concepts as distance and space become meaningless.
In accord with Manovich, the French writer George Bataille has described this need to visually zoom in on things as leading in the final analysis to a kind of momentary blindness. However, in contrast to Manovich’s pessimistic view, in which blindness becomes darkness, Bataille takes a more positive approach to this dazzling sight. According to Bataille, this condition opens the door to a new kind of insight – namely an encounter with the world of reality.
The desire to zoom in and point the way to another form of "vision" is highly relevant to the work of American artist Eileen Quinlan. In her photographs, she gets right up close to objects and materials, so that the works become abstract images, shorn of the narrative qualities which often characterise photography. Concepts such as colour, form, time and atmosphere are cut back to the bare bones, while at the same time she challenges the idea of the transparency of photography and our traditional approach to photographic works.
For the exhibition, British conceptual artist Ryan Gander has chosen to exhibit a poster (didactease poster) and a silver Tiffanys emblem on a chain. A number of mathematical symbols are engraved on the emblem which also appear in the poster. Together, the symbols, according to Gander, denote: There exists only one definition for everything, everywhere at any time. The reading is far from obvious, and if you wish to see the chain, you will have to ask one of the staff of the gallery, who will be wearing the chain during the entire exhibition.
Garth Weiser paints his colourful oil paintings on the basis of specific objects that he has constructed from tape, clay and paper. By adding paint in thick, parallel brushstrokes, he transforms the three-dimensional objects into two-dimensional surfaces. Although the images begin as representative reproductions of actual objects, they gain the appearance of abstract compositions in which depth and volume appear only as vague indications. The paintings play on the observer's expectations of being able to identify and recognise that which is seen.
The title of the exhibition, Blackberrying, is taken from the poem of the same name by Sylvia Plath. In the poem, the blackberries have often been interpreted as a metaphor for art, as the fruit which is finally born from the artist's endeavours. In the context of the exhibition blackberries also refer to the observer's eyes and vision, as well as to the ultimate blindness that arises when we zoom in, and which can open up another world or insight.
The noun, here used as a verb, refers to the active observer as well as the artists, and to the exhibition as a place for exploration, enthusiasm and discovery.