+ Moon - a project by Ai Weiwei and Olafur Eliasson 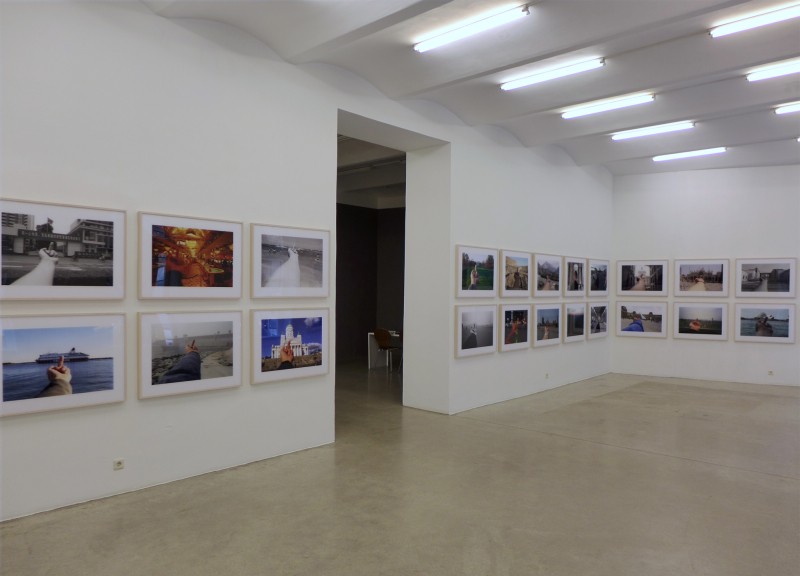 In the last decade, Ai Weiwei has become a global icon of resistance against political despotism and authoritarian state power. His role as an artistic world conscience, into which he has been pushed primarily by interpreters of his work, has increased his popularity enormously, but at the same time it has obstructed the visibility of other aspects of his art. Ai Weiwei is not only a champion of free speech and unlimited access to new media: he is also a sardonic and subversive critic of the times and an ironic commentator on the vicissitudes of the art business. “We do not see before us a broken man, rather a strong personality, who confronts even the worst adversities with humor,” wrote Christoph Amend in “Die Zeit” a short time ago.

Hence the exhibition focuses on playful and 'deconstructive' approaches, through which the artist demonstrates that personal dedication to taking a political stand, and refusal to reconcile oneself with the here and now as it is, must not end in thesis-expounding rhetoric.

The images in which Ai Weiwei documented his life in New York from 1983 to 1993 can be read as a visual autobiography. Ai Weiwei got to know Allen Ginsberg, the key author of the Beat Generation and an active figure in the struggle against political and economic repression. He shared his apartment and his life with other young intellectuals and artists from China. These funny and intelligently staged photographs are always self-portraits as well. They offer points of orientation for the ways in which Ai Weiwei developed his artistic practice during these years, for his references and thinking.

It is perhaps the photo series “Study of Perspective”, created between 1995 and 2011, that best expresses Ai Weiwei's enigmatic and here ribald humor: with the camera in his right hand and the middle finger of his left raised, the artist shoots pictures of a wide variety of places. From Tiananmen Square to the White House, from the Reichstag in Berlin to a remote landscape in Mongolia.

The artist flips the bird at the world, challenging it while at the same time keeping it at a distance, at arm's length, one might say. “Everything I do,” states Ai Weiwei, “relates to how we interpret our human condition using the language and the possibilities of the present.”

When, in 2009, Ai Weiwei used a 'hidden camera' to film a group of visitors from MoMA in his studio, he created a work depicting an entire sociotope in its forms of self-depiction and communicative practices.

The interactive “Moon” project, developed together with Olafur Eliasson, gives gallery visitors an opportunity to make their mark on a digital image of the moon, in other words to stake their claim to a piece of the moon. This artistic experimental configuration, which has already enticed tens of thousands to engage in 'collective mark-making', accents the ludic aspect of Ai Weiwei's work. Here play is 'sacred-earnest', completely in the sense of Johan Huizinga; it is an intuitive way of appropriating the world.
www.christinekoeniggalerie.com