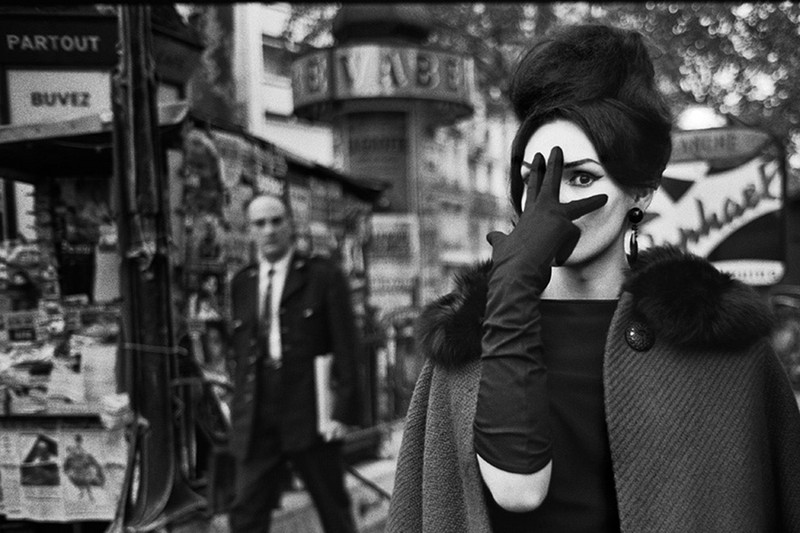 “The Leica is the extension of my eye”. Henri Cartier-Bresson

Dynamization, democratization, revolution – great changes are often ascribed to technical innovation. This also applies to the invention of the Leica camera 100 years ago. Justifiably? Definitely. This 35 mm camera has changed the way the world is viewed. Forever. Yet how can a small, black lacquered device develop such a superlative impact? The pocket size, high performance lens, quiet mechanics and short shutter speed gave photographers opportunities, extreme perspectives and unusual spontaneity of a kind not available before. With the use of rolls of film, photography became serial, low-priced and accessible for everyone. This speed, freedom and effortlessness has inspired photographers in the way that they work and fulfills the needs of an accelerated age. The miniaturization has been the catalyst for a huge flood of images, an immense desire to experiment and an extensive visual exploration of reality by amateurs, artists and photojournalists. Hence the Leica camera has become an instrument of upheaval, speed and innovation and has long become a legend – and still is today in our digital age.

Robert Capa’s falling soldier, the man jumping the puddle by Cartier-Bresson, the kissing couple in Times Square by Alfred Eisenstaedt, the Vietnamese fleeing from Napalm by Nick Út, the hissing of the Soviet flag on the Reichstag in Berlin by Jewgeni Chaldej – these iconographic photographs are all Leica pictures and have ingrained themselves in our collective memory. It was in fact the compactness and the technological innovation of the Leica that allowed these photos to be created in the first place. Its predecessors – clunky, heavy cameras – were static and could only produce one photo per plate. It was impossible to implement these nonchalantly and according to the respective situation. Prior to Leica, photography resembled more a staging of reality; since the invention of the 35 mm camera, photographers have shown the world as it is. With the Leica, photography has broken free ofmthe rigid studio and discovered what is happening on the street. Hence as it documents the conditio humana, it has quickly become part of everyday human life itself.

For the first time, this exhibition will highlight from an art and cultural historical perspective how the Leica and the 35 mm format has changed the photographic gaze in the 20th century. More than 300 photographs, as well as magazines and important photo books document the different aspects of the Leica photography, which emerged in the mid 1920s. The exhibition is hence also a history of the style of the medium, from Modernism to the postmodern diversity of the present, from New Vision, through “photographie humaniste” to the fashion photographs, from subjective photography, through Autorenfotografie to street photography and artistic photography.

The first Leica model, whose brand name is a combination of the company Leitz and the word camera, was developed in March 1914 by the precision engineer and amateur photographer Oskar Barnack. He succeeded in capturing image motifs on a 35 mm movie film. He used a simple trick – in the Leica camera the film moves horizontally while in the conventional movie cameras the film was fed vertically. In this way, Oscar Barnack enlarged the format of the negative to 24 by 36 millimeters. Due to the First World War, the entrepreneur Ernst Leitz II could not implement the serial production and the market launch until 1925.