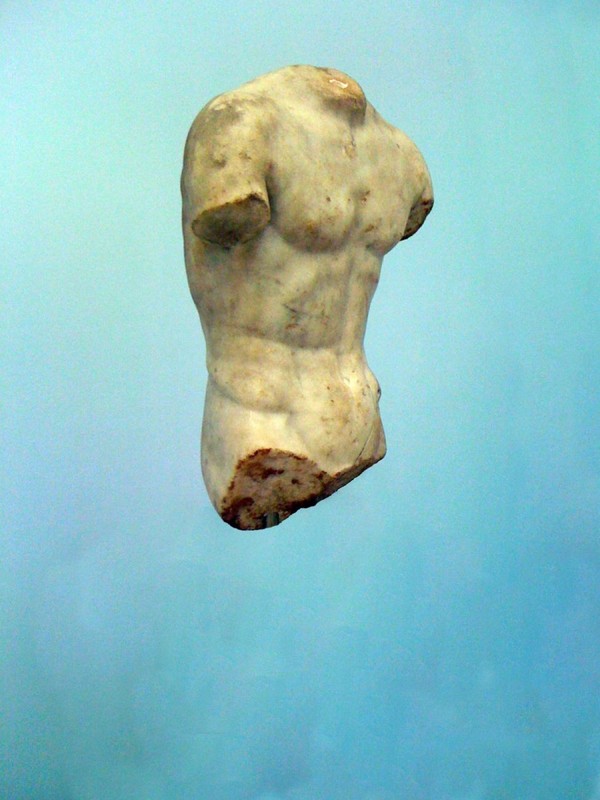 “Tools are there to serve your ideas. I want to use the most perfect tool to express what I want to say, and if it’s dancing I will dance.” Peter Puklus

Forward. Back. Stop. Remix. Focus. Change of perspective. Repeat. Understand. Peter Puklus constantly explores our visual cosmos—he charts and questions the outer galaxy and his inner universe. He playfully moves between the dimensions, in order to fathom the hidden essence and effect of the world more profoundly. He often begins with seemingly insignificant objects and everyday situations, which transcend their proper function through the process of visualization, hence taking on a new meaning. Peter Puklus constantly re-arranges objects, placing them in relationship to one another and adding his own associations. His photographic series are studies, sketchbooks and journeys of realization all at once, which explode formal boundaries and radically expand the photographic space. They follow their very own rhythm and pattern—free of any convention, chronology or logical sequence. Open end.

For the first time, C/O Berlin has brought together Puklus’ series “Handbook to the Stars” and “Epic Love Story of a Warrior” in an exhibition curated by Ann-Christin Bertrand. With around 80 works, the show provides an insight into the multifaceted working method of the Hungarian artist.

In Handbook to the Stars Peter Puklus examines and portraits the human brain and its infinite capacity and ability to perpetually create narratives and establish connections. Completely incoherent ideas are often strung together, relationships created and then dissolved again. It is a permanent attempt to reassure oneself within the constant, fluid movement of the environment. For Peter Puklus, the firmament is the membrane and visual analogy of this inner world, the transformation into the greater whole—fixed stars have been correlating with smaller planets for millions of years and each constellation seems to tell its own story.

Inspired by private stories and historical events, in Epic Love Story of a Warrior Peter Puklus enlarges his artistic vocabulary to include complex, three-dimensional collages made up of sculpture, photography, film and installation. On a formal level, he highlights the striking references between avant-garde art and the political-social concepts of this period, which with their strong impact and tradition still have a big influence on the societies of this region today.

With photography Peter Puklus uses a medium that is primarily documentary. However, his method of working is not photographic but rather comparable to that of a sculptor or performer. He moves like a director through his three-dimensional installations and incorporates new shots into the existing sequence of photographs of his unfinished working process. With his experiments comprising of forms, light, shadow, time and space, Peter Puklus enables new scope and a transgression of boundaries when dealing with the photographic image—different sizes, materiality, repetition and cropping, as well as a disruption of the frame. Where necessary, he replaces static with moving images, positive with negative, analogue with digital, and alternates constantly between colour and black-and-white. In a similar way to Lászlo Moholy-Nagy or Wolfgang Tillmans, Peter Puklus also seeks to understand himself through photography but also to comprehend the medium itself, with its scope and limitations.

Peter Puklus, born 1980 in Kolozsvár, Romania, studied photography at the Moholy-Nagy University of Art and Design Budapest and New Media Design at the École National Supérieur de Création Industrielle (ENSCI) in Paris. He has published his works in photo books and presented them in numerous solo and group exhibitions—including Foam, Amsterdam, Krokus Gallery, Bratislava, Festival International de Mode & de Photo, Hyères and the Unseen Photo Fair, Amsterdam. In 2016 he plans to complete his doctorate in Liberal Arts at the Moholy-Nagy University in Budapest. Peter Puklus lives and works in Budapest.

With the series Thinking about Photography, C/O Berlin has created an entirely new format for Berlin that places a deliberate focus on new trends in contemporary photography. Photography has always been strongly influenced by technological innovations, and in the recent history of the medium this has led to constant development and change. The advent of digital photography launched yet another transition process, whose gradually emerging effects and implications have been the subject of intense discussion in recent years among international artists and experts in photography. „Thinking about Photography“ will provide an opportunity for reflection on new trends and artistic developments in the medium of photography in up to three exhibitions per year. By exploring new modes of photographic production, perception, and presentation, the series will encourage broader consideration of the future of the medium.
www.co-berlin.com