Not just your face honey 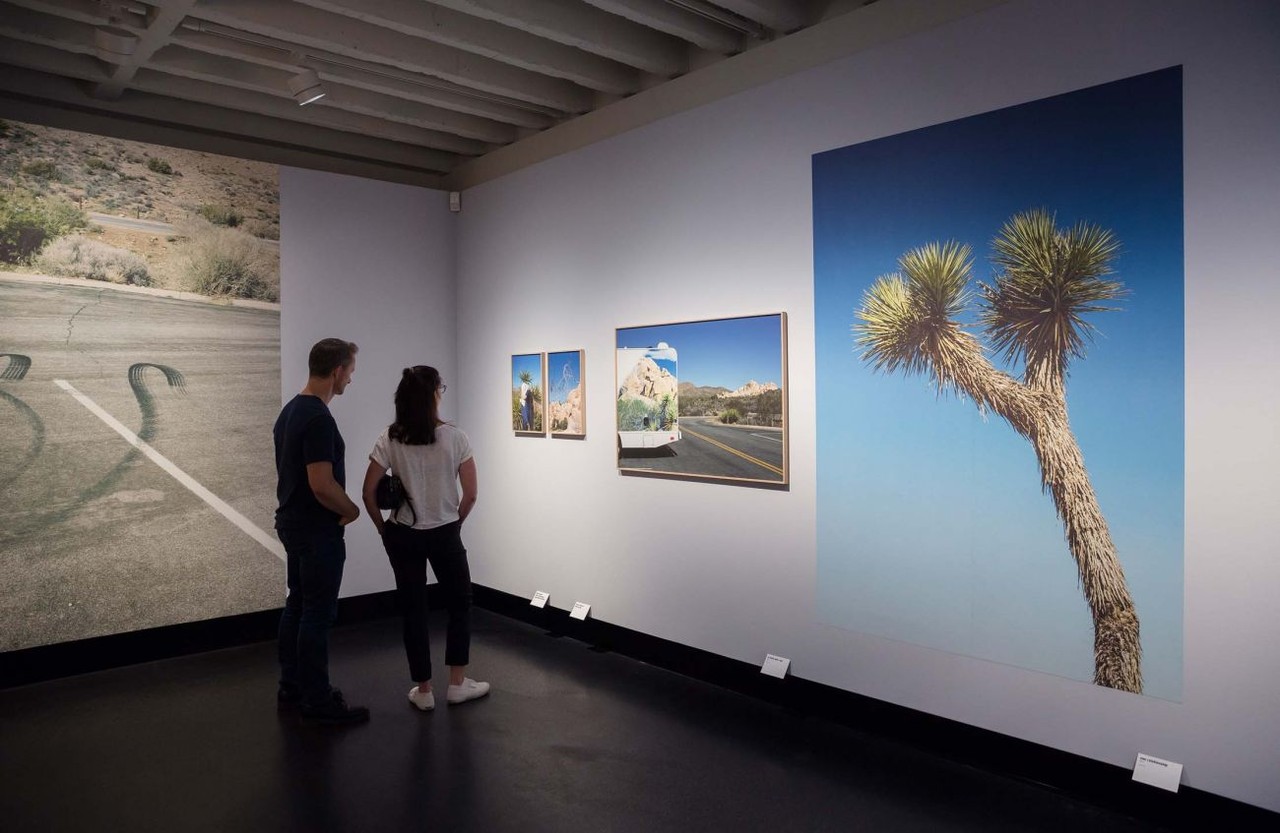 “AUSTRIA GIRL, 2411 Mason Avenue, Las Vegas, Nevada”—a typewritten letter, 35 lines long, a bizarre declaration of love from a stranger. One week earlier, a man called Troy had knocked on the door of the house with this exact address, hoping to find his ex-girlfriend. Instead he encountered Stefanie Moshammer, an Austrian photographer in the US for three months working on her photo project Vegas and She (2014–15). They exchanged no more than a handful of sentences and spoke for only five minutes. This fleeting, banal encounter prompted his love letter and marked the beginning of the pictorial narration of Moshammer’s work I Can Be Her (2015). Themes of proximity and unfamiliarity, fear and attraction, reality and fiction swirled around this man, real and also imagined, who asked her to share his life with him. Moshammer countered this fear with her photographs and embarked on a search—on the internet and on outlying streets, as well as in the desert landscapes of Las Vegas. This was her attempt to discover more about this sinister stranger and to answer his image of her with her image of him. At the same time the series also inscribes in visual form the intense exploration of subjects including love, illusion, identity, control, and surveillance.

Stefanie Moshammer’s photographs—comprised of different media—illuminate the complexity of our contemporary perception. Using existing materials, she develops her own photographs, charts pictures using Google Maps and uses film footage and video as well as fictional shots and images from her own imagination. In doing so, she creates new forms of documentation while combining fictional and narrative moments and touches on fundamental photographic themes: What is reality? What is fiction? Which truths does the photographic image convey?

Stefanie Moshammer is the winner of the 2018 C/O Berlin Talent Award. She receives a prize of 7,000 Euros and the honor of a solo exhibition at C/O Berlin, titled Stefanie Moshammer . Not just your face honey. A publication published by Spector Books in Leipzig and edited by Ann-Christin Bertrand for the C/O Berlin Foundation accompanies the exhibition, with texts by this year’s prizewinning art critic, Andreas Prinzing.

Stefanie Moshammer was born in Vienna in 1988, where she continues to live and work. After graduating from the Fashion School Vienna, she completed her bachelor of arts in visual communication and photography at the University of Art and Design Linz as well as a course in photojournalism at the Danish School of Media and Journalism in Aarhus. Moshammer received a nomination within the Rencontres d’Arles festival, was selected as a FOAM Talent and nominated for the ING Unseen Talent Award at the Unseen Photo Fair in Amsterdam. Her photographs have been published in numerous magazines including i-D, ZEIT Magazin, New York Magazine, FOAM Talent Issue, M Le magazine du Monde, Purple Fashion Magazine, The Guardian, DAZED, and in the most recent publications Land of Black Milk (Skinnerboox - Publishing, Jesi, 2017) and Vegas and She (2015 Fotohof edition, Salzburg, 2015)

Andreas Prinzing (born 1980 in Mainz) studied art history and worked at the Kunsthalle Mainz and at Museum Ludwig, Cologne. Among other roles, he has worked as an assistant to the curator Kasper König since 2015 and was involved in the planning of Sculpture Projects Münster 2017. He also has ties to the Rhineland region, specifically with the Peill Foundation at the Leopold Hoesch Museum in Düren, where he recently curated exhibitions with Haris Epaminonda and Rana Hamadeh. His writings have been published in works including Eyes on the City: Urbane Räume in der Gegenwartsfotografie (Salzburg, 2012), Unbeugsam und Ungebändigt – Dokumentarische Fotografie um 1979 (Cologne, 2014), and Skulptur Projekte Münster 2017 (Leipzig, 2017). He writes regularly for Camera Austria.
www.co-berlin.com