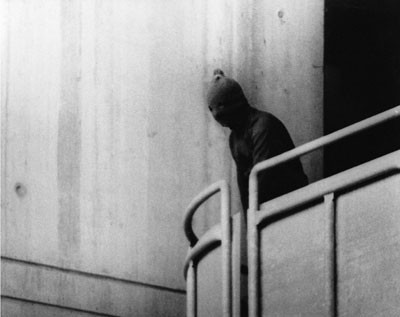 A masked man looking over a balcony. An airplane flying into a skyscraper. Hearing these descriptions, we immediately picture the scenes in our minds. We know exactly what events are meant. Pictures possess a tremendous power. Not only do they capture the decisive moment; they also influence public discourse, demanding reflection and response. Particularly after catastrophes and traumatic events, the ubiquity of the images makes the events themselves seem omnipresent, inescapable. Pictures of terror have an enormous, enduring power that holds the viewer in its thrall. They burn themselves deep into our collective memory. The exhibition "The Uncanny Familiar" curated by C/O Berlin examines the meaning of photography in our contemporary visual culture by exploring the visual processing of images of terror in recent decades. The events in Munich in 1972 and in New York in 2001 establish the temporal framework for the exhibition. Through the artistic confrontation with these events, political images are called into question; and the archival images presented lay bare the construction and illusion of photography.

What is the logic behind the use and dissemination of pictures in our modern media culture? Has the digital age heralded in a new kind of terrorism aimed at capturing the public attention? When does an event take on global importance and how strong a role do the media play in conditioning and synchronizing such events? Often it is only by confronting the images of terror that the structure and function of the journalistic photograph becomes evident. The media’s images of terror were and are more than mere depictions of situations or events beyond themselves, or pictures that simply document occurrences. They do more than simply convey meanings through their unique aesthetic properties. They are pictures with the capacity to shape reality.
www.co-berlin.com