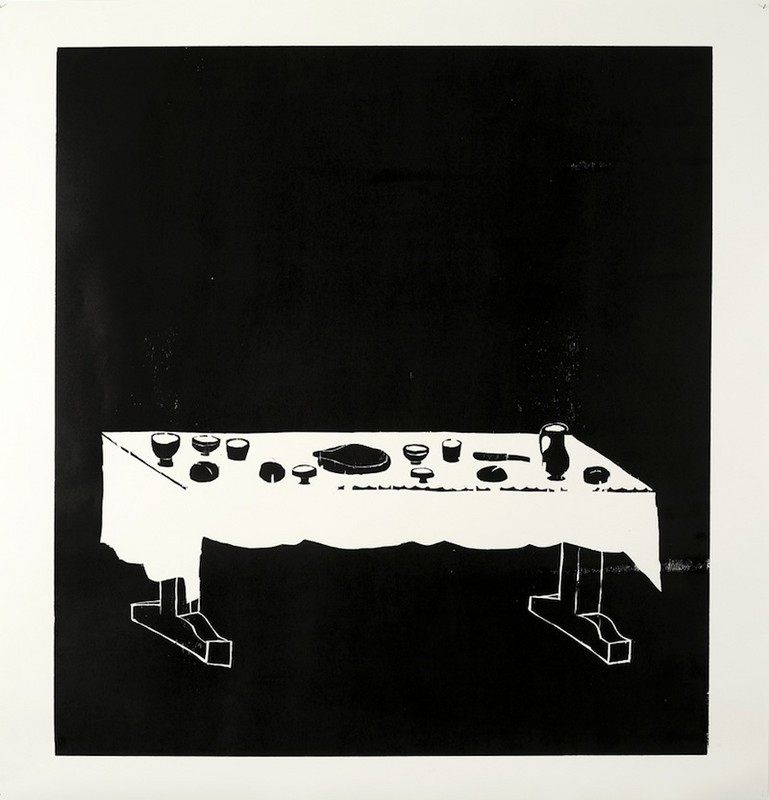 Collezione Maramotti presents The Poverty of Riches, introducing the work of Andrea Büttner, the winner of the third Max Mara Art Prize for Women in collaboration with the Whitechapel Gallery, London.
The artist will be in attendance at the exhibition private view on 12 November 2011, together with Iwona Blazwick, Director Whitechapel Gallery, and Bina von Stauffenberg, curator and writer.
The presentation of the project will be followed by a conversation between the artist and Lars Bang Larsen, art historian and curator, who has followed Büttner’s work for a long time.

The Poverty of Riches was first exhibited in April 2011 at Whitechapel Gallery. The works will be acquired by Collezione Maramotti where they will be exhibited from 13 November 2011.

Andrea Büttner is fascinated by the life of religious communities. Her work explores the crossover between religion and art, and the similarities between religious communities and the art world. The Collezione Maramotti exhibition showcases new works of art made by Büttner after winning the Prize, inspired by encounters the artist had during her six-month residency in Italy, awarded as a result of winning the Prize.
During her Italian residency, Büttner spent time with monastic groups, Giotto’s frescoes and works from the Collezione Maramotti: Alberto Burri, Enrico Castellani and Piero Manzoni.

Büttner uses the traditional technique of woodcuts to depict religious iconography such as a loaf of bread, a table and St. Francis. Alongside this traditional imagery, everyday textiles from the uniforms from park wardens, policemen and refuse collectors create colourful 'paintings' when stretched like canvases. These paintings form part of her exploration of the symbolic use of fabric in Italian religious art.
Simple benches offer a place to sit and reflect, drawing parallels between the spaces of a church and a gallery. Also on display are posters, cloth and leaflets, all inspired by Andrea Büttner’s time in monasteries.

The artist’s work engages with the notion of poverty both from an aestethic as well as from a spiritual point of view hence Büttner’s articulation of a connection between the rejection of wealth by monastic movements and the choice of materials used for the creation of artworks during the Arte Povera movement, seemingly eschewing mass media and the art market.
Another central theme is the link between poverty and shame. As Büttner articulates in the 21st century, poverty is considered extremely shameful, and shame is viewed and lived as a negative feeling. The artist is interested instead in its positive understanding, in its heuristic dimension and also in art.
www.collezionemaramotti.org