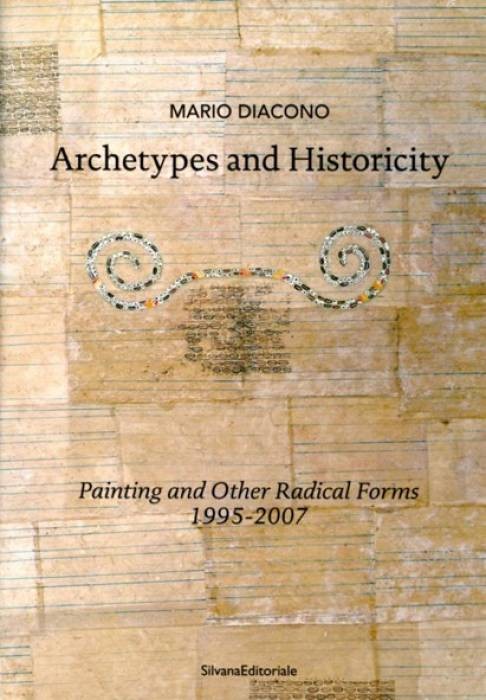 Collezione Maramotti is proud to announce a conversation between Mario Diacono and Bob Nickas, Sunday 7 October at 11.00am, on the occasion of the release and international distribution of Mario Diacono’s book, Archetypes and Historicity / Painting and Other Radical Forms 1995-2007 (Silvana Editoriale) and the opening of the exhibition Painting as a Radical Form, in the south gallery of the Collection, with the works of many of the artists presented in the volume.

Starting from the book and the exhibition, the conversation will expound the developments of advanced paintings from the last fifteen years in the United States and Europe.

Diacono’s book groups together the critical texts which have accompanied exhibitions in his Boston gallery between 1994 and 2007. Together with Verso una nuova Iconografia (1984) and Iconography and Archetypes (2010), the book is his third and last exploration of post-Conceptual art. The use of similar words in the three titles points at a virtual continuity between new works and old imagery. The fil rouge between contemporary images and those from the past can still be perceived despite the re-inventing – or tout-court invention – of the media that artists employ to make their notion of form materialize. If the novel features of techniques are always deliberate, the archetypal structure coming back into the image seems to be mostly an unconscious development: This is one of the assumptions the author starts from.
In the last thirty years intertextuality, or better still interfigurality, between old and contemporary images has also hinted at another feature of globalization – that of space – which new media and multinational economies have produced. There is also a globality of time which – through encyclopedic museums, the philosophy of consciousness, art books, travels, an increasingly specialized knowledge of the past, and the dissemination of information – has built the modern mind and made all the art diachronic in its creation, although synchronic in its meaning. The strength of the artists’ insight and the intelligence of their formal devices are obviously unyielding in the presence of interfigurality, but a work often acquires an additional intensity thanks to the depth it receives from the (re)invention of an archetype.

The conversation between the author and US art critic and independent curator Bob Nickas, who for two decades has brought to light and enhanced the work of many talented young artists in the United States, will focus on this critical reading.