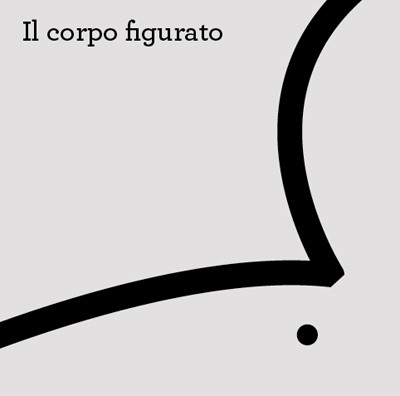 Together with the exhibition Ritratto di donne, commissioned to artists Alessandra Ariatti and Chantal Joffe, Collezione Maramotti presents a small selection of works - a sort of open storage of its painting collection - which have in common the depiction of the body as conceived and represented by using very diverse technical and formal solutions, dating from the Sixties to more recent experimentation.

The images chosen by Matthew Antezzo are often those depicting famous personalities (in this case Pasolini) and frames from well-known films. By painting over these images, Antezzo creates his personal cosmos between painting and conceptual analysis, by also putting at stake his own role as an artist. The process of pictorial transposition expands the field of painting towards the world of technology and mass media, thus hinting at the power of suggestion of contemporary communication.
Fatty and Fudge, by Kim Dingle, are two young girls who pictorially represent the sculpture Priss, a half-adult half-child doll. The canvas is part of a series of paintings where the two girls - at times friends, other times rivals - act aggressively and subversively, in their being the metaphorical portrayal of the artist ironically pointing at the 'bad behaviors' of American society.
Lalla Essaydi's paintings appropriate the orientalist imagery of Western painting tradition and beckon viewers to reconsider this mythology, by opposing its stereotypes. The artist takes hold of their structures, but replaces the topos of the odalisque with that of the male hermaphrodite, thus deconstructing the false realism and the experiential untruthfulness of an entire phase of Western painting.
Famous for her exploration of concepts such as isolation, identity and individuality, Nicky Hoberman creates figures with large faces floating freely in two-dimensional spaces against flat and densely coloured backdrops, somewhat inspired by Medieval paintings. In her young and adolescent girls the depiction of the body is misshapen: heads are grotesquely overblown while bodies are shrunk to childlike size and their eyes are sad and mischievously seductive.
Dietmar Lutz's paintings are pervaded by a strong narrative structure and are often inhabited by male characters, the protagonists of a story drawing its inspiration from cinema, photographs or sketches in travel journals. The bodies and places being depicted are defined by an extremely essential style composed of wide and fast brush strokes instilling a feeling of extreme clarity and immediacy of meaning in viewers.
Margherita Manzelli's works, instead, portray almost exclusively female figures: young women are the sole protagonists of the scene. The backdrop becomes very relevant and develops in an increasingly synthetic fashion, by emphasizing the figures, and at the same time visually competing with them.
The intermingling of reality, memory and personal projection makes these archetypical women take up a disquieting and at the same time enigmatically attractive multiple identity.
In an intentionally rétro style reminiscent of the Victorian age, McDermott & McGough focus on several topics where the historical contrivance and the skilful reconstruction of the past become essential elements for an analysis of deeply contemporary and up-to-date social and political themes in total liberty, irony and provocation. In the complex pictorial composition The Night Light, collective morality, on the one hand, and individual transgression, on the other hand, are staged through the depiction of two dandies caught in the act of consuming their object of desire.
“In my works I am constantly involved in a journey of identity with a sort of mirage in which I use the traits of my face, my features, as a simulacrum for other identities.” Luigi Ontani's poetics is focused on the idea of an encompassing transformation of the self expanding on every possible element of the imagination. The artist represents himself in different postures and attires, thus transforming the close order of the traditional portrait in an open order made of contamination, allusiveness, style mixing and coexistence of different language modules.
The famous Scorrevole by Vettor Pisani (exhibited at Documenta 5) presents Maria Pioppi imitating Meret Oppenheim's pose in a well-known photograph by Man Ray: the series shows the woman in different points of the cable with the same posture but slight changes of expression throughout the progression of the performance, within the time-space perimeter created by the artist. Theatre is for Pisani an esoteric place and a metaphor, where the archetypes of collective imagery merge together, as symbolic and mythological cross-references.
In Futurismo rivisitato a colori Mario Schifano establishes an explicit and ironic dialogue with the artists of Futurism, through a metalinguistic approach. The starting point is the photograph taken by Marey in Paris in 1912, with all the details removed. Marinetti, Russolo, Carrà, Boccioni and Severini are depicted in their silhouettes: their faces have disappeared, only their coats and bowler hats remaining. The colors, which are air-brushed, are isolated from any context, with the precise intent of representing Bergson's movement, time and duration, in an approach typical of Futurism.
Painting from the past is a subconscious drive and an essential reference in Ena Swansea's artistic production: her art is in fact characterized by a blending of situations drawn from everyday life, contemporaneity and images inspired by art history, like in the painting Exhibitionist, whose visual reference is Christ in the house of Martha and Mary by Velázquez: in both works the focus of the scene is on the action of looking.
Cesare Tacchi's images have the same physical thickness of objects and things: his paintings open up and communicate within a space which is not any longer that of the painting itself, but also the real space of the viewer. This is made possible by his virtuoso technique and the use of materials like the upholstery of armchairs and couches: with their padding, protrusion and recesses fabrics push figures outside the traditional boundaries of the painting, thus engaging viewers in the scene being depicted which turns into an everyday-life experience.

A small selection of artist's books from our library, on the same theme, accompanies the show.
www.collezionemaramotti.org