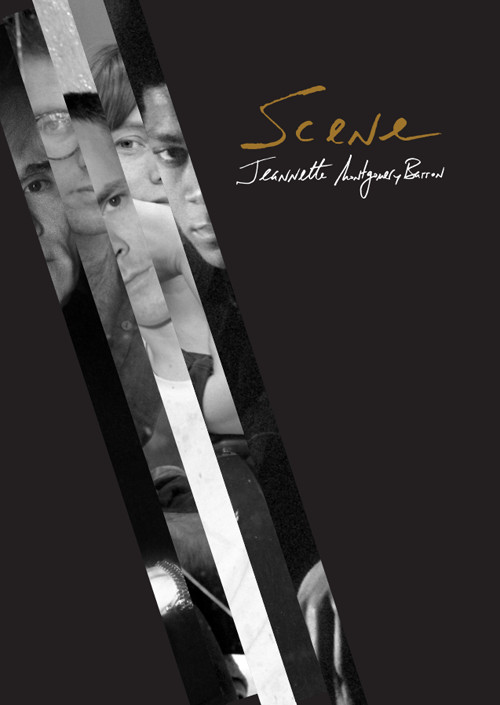 ”Something was happening and everybody knew it. I can tell you one thing: it was a lot of fun”.
With these lines Jeannette Montgomery Barron opens Scene, the book that is an intense photographic gallery of portraits of artists, gallerists, critics, dealers and personalities from the New York art world in the 1980’s.
It is precisely this approach of the very young photographer who experienced the art scene of New York, where she arrived in the late 1970's, that brings to us an insider's as well as an outsider's view of this very exciting cultural moment in a city where “eclecticism” and “divergence” were the norm.

The development of critical “post modernist” awareness – through new heights in thinking reached by many artists – was expressed in a context where the private sector was increasingly growing in importance for artistic production. There was an almost frantic search for new talents.
And for the first time even very young artists became real stars, such as Keith Haring and Jean-Michel Basquiat. Artistic success became linked to the concept of celebrity.
In New York the scene which developed in the East Village and Soho, the transgressive and energy-filled cultural milieu that was perceivable in clubs like Area, Mudd Club, Odeon, and of course in Warhol's Factory, echo in these intense and magnetic photographic portraits. They convey the clear understanding of how and why these artists became true icons and cult figures who knew how to impose a fashionable life model in the following decades with an impact not only on art but on fashion, design and other field of creativity, at international level.
Of particular interest for Collezione Maramotti is to present a selection of Montgomery Barron’s portraits of artists working in the period, artists whose works represent an important core of the Collection, with its strong focus on American art from the Eighties and Nineties. Visitors are offered the opportunity to add a face to the artists' names, and create a link with the visual tour of the permanent collection.

Walking through the exhibition, visitors would encounter life-size portraits face to face whose sequence hints at a complex relational system linking these objects together: from the group closely connected with the Factory to others who took photography and performance in their socio-political meaning, to the group of painters focusing on the search for a new vitality in the pictorial gesture, from Graffitism to Neo-expressionism to New Geometry.

The exhibition is accompanied by a special book in the form of a diary which puts together testimonies of those years and notes from the photographer of shots taken in the studios, houses or clubs she frequented. Certainly a minimalist recording with respect to other important historical and critical texts dedicated to those years, but nonetheless quite personal and revealing, conveying the feelings of that special time to those who did not experience it.