Lagoon and Other Fish 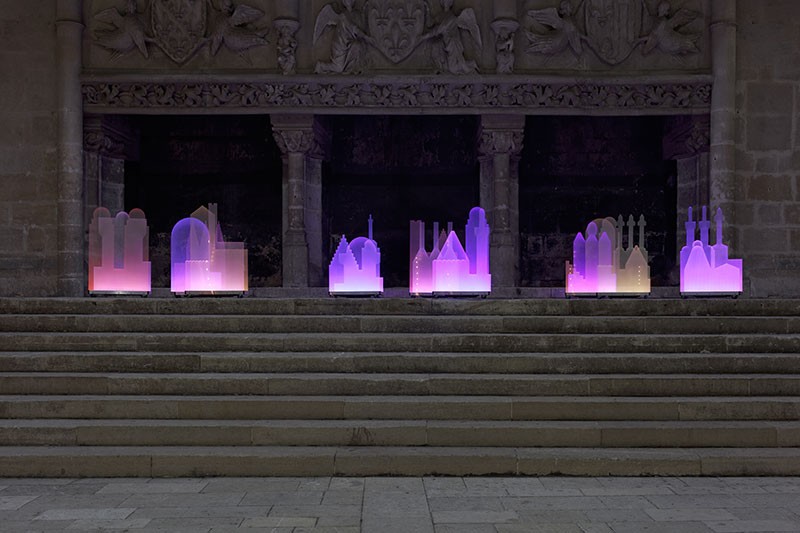 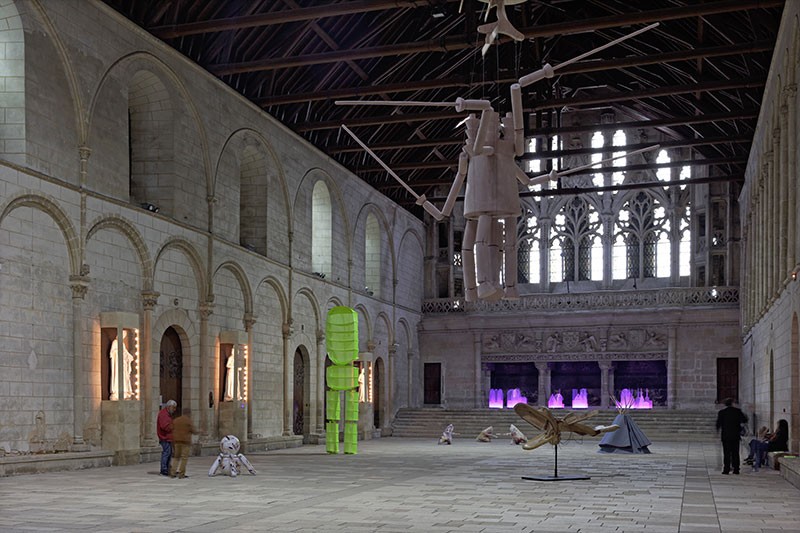 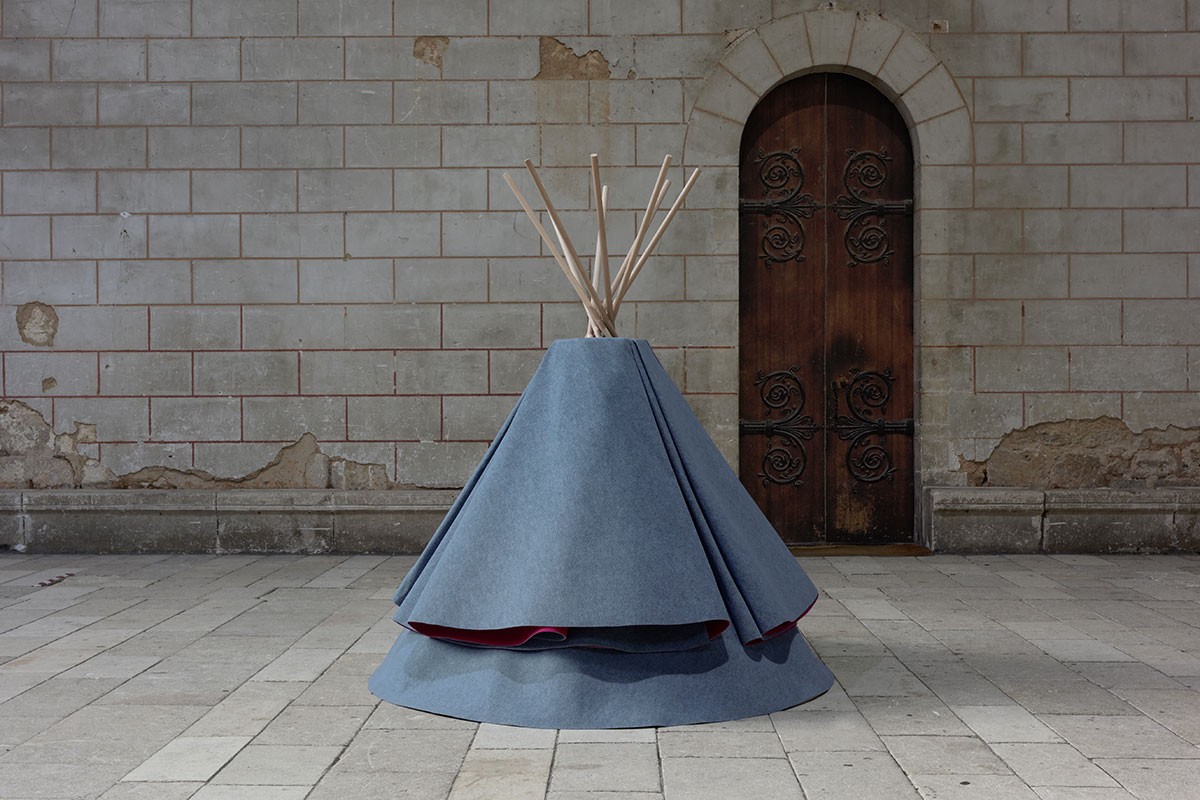 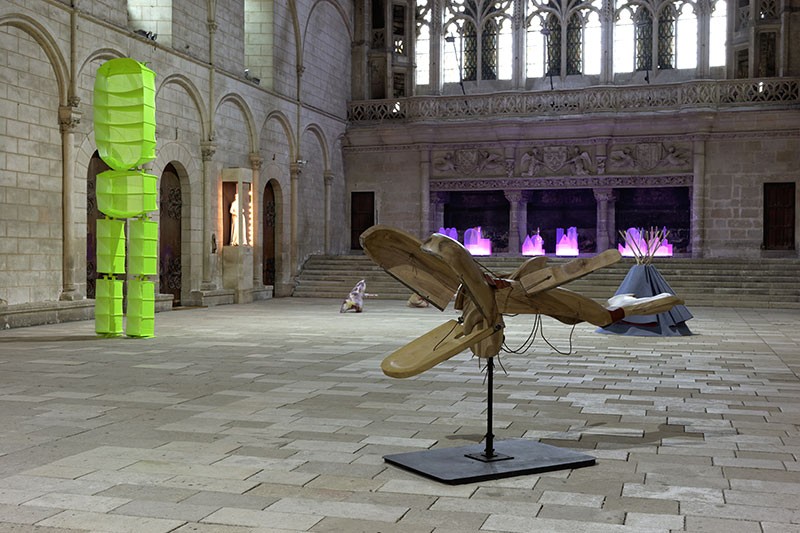 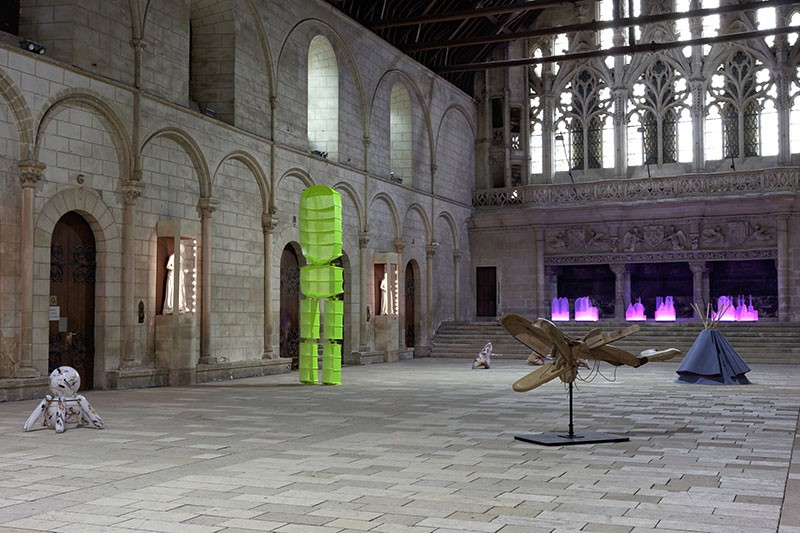 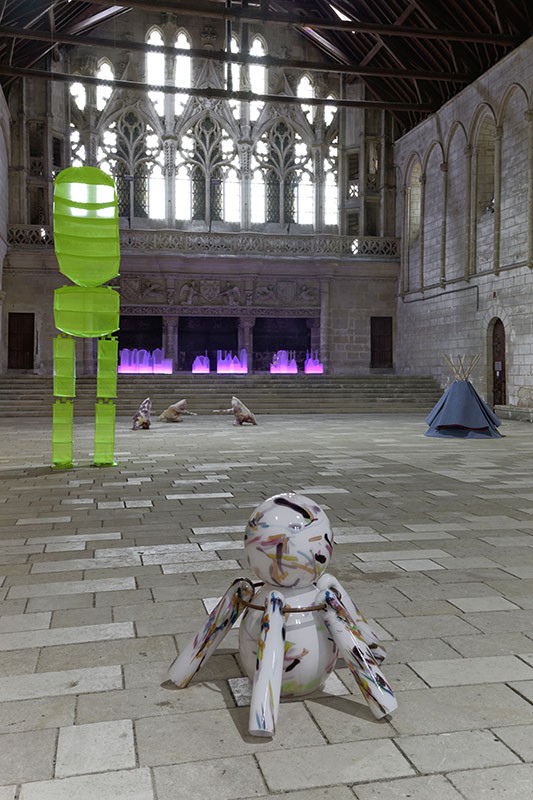 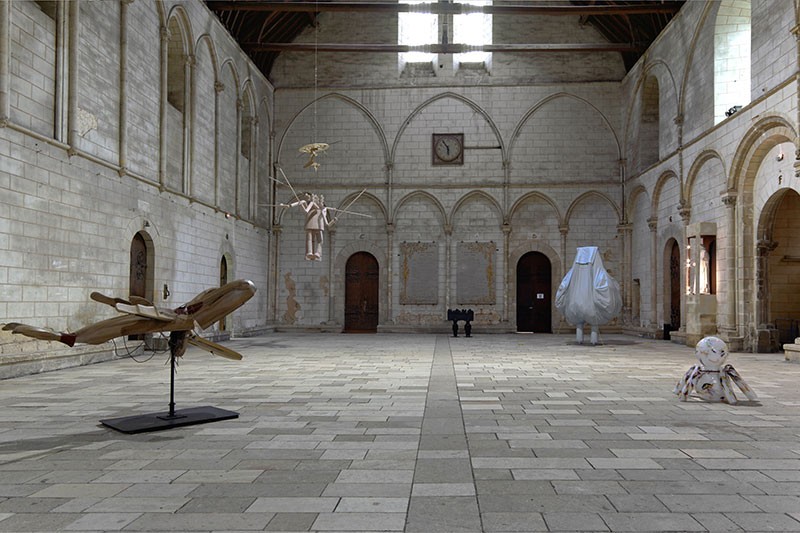 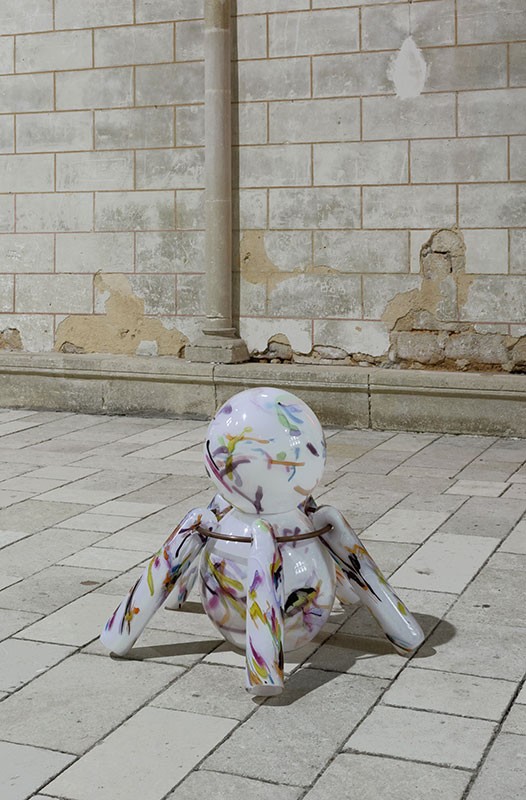 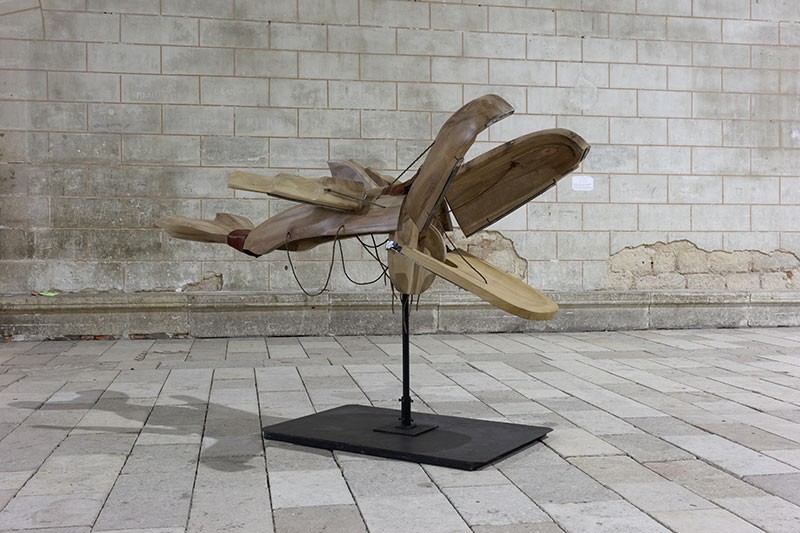 The exhibition Lagune et autres poissons (Lagoon and other fish) by the Swiss artist Denis Savary (born 1980) takes as its starting point sculptural and stage design elements from the performance Lagune which the artist presented at several venues in 2016 (Zurich, MEG in Geneva, the Swiss Cultural Center in Paris, and the National Museum of Contemporary Art in Athens). The performance, created in collaboration with choreographer Jeremy Tran, originated from a marionette by the artist Sophie Taeuber-Arp (1889-1943) which was manipulated by the puppeteer Evelyne Villaime. The decor evokes the image of a floating city, Venice, using moveable modules made of plexiglass of changing colors which are integrated into the choreography.

The exhibition is not an adaptation of the performance. It should rather be viewed as a formal and symbolic drift which uses the performance as a starting point. Over the course of this drift, numerous working ideas were postulated and then abandoned: bringing together quite distant imaginary realms - Poitou and Italy, the strict judicial world and that of the costume ball - Denis Savary began by inventing an almost Venetian Poitiers. Then he imagined a space peopled with sculptures belonging to two families, costumes and skeletons, empty and full.... in essence a danse macabre.

Some traces of these hypotheses linger in the exhibition. With its strange title, Lagune et autres poissons, it persistently draws viewers into an aquatic world. The performance modules are accompanied by sculptures, which float in uncertain depths.
With his plexiglass modules, Denis Savary returns to the link with architecture which originally guided the staging of the performance. The image of a city on water, ghostly and fascinating, is transposed into a new space.
He also retains the principle of the dance: playing off the architectural imagination embodied by the Salle des Pas Perdus (a spectacular hall conceived at the end of the 12th century by Eleanor of Aquitaine for her palace in Poitiers), the exhibition also resembles a costume ball. Each sculpture here can be seen as disguised, overplaying the very principle of sculpture in all its variety of forms and materials.

Denis Savary employs several recurring figures when discussing his work. He views them as “masks” (and indeed all his work is characterized by an anthropomorphic and zoological dimension), and he insists on the importance of “farce” in his work. This term is to be understood in two ways. First, in the theatrical sense, here embodied by sculptures resembling comic or grotesque characters in strange postures of failure. And secondly in the culinary sense, as the French word “farce” also refers to the edible stuffing placed inside other foods. Certain sculptures are literally stuffed: the sculpture entitled Otis, for example, is filled with stuffing material, and the artist refers to Neige de printemps (Spring snow) as being both “hunter and game”. As for the rest, like for John Armleder, another Swiss artist, who described his own work as a formal and cultural pudding which could provoke overdoses (the exhibition Pudding Overdose, 1995, with Sylvie Fleury), this “farce” is well stewed, each sculpture replete with all the stories, images, and objects, and all the historical, literary, and artistic references which the artist encountered during the process of creating the work.
A large part of Denis Savary's work is inspired by forms and artworks from the early 20th century, from dadaism, surrealism, and an era of museology which could almost be qualified as “primitive”, a period in which artworks and objects of anthropological interest were still blithely exhibited together (as indeed they were in the surrealists' exhibitions). The artist seems attracted to forms which are more modern than contemporary. There is nothing nostalgic about this choice: as he explains, the modernist era was a period of intense formal experimentation. Although Savary's works do not appear at all modernist (he is even producing works which are more and more Pop), he has retained the period's formal exactitude. Each sculpture is a mode of circulation through the history of forms, drawing the viewer back into the past.

The image used for the visual on the postcard is symptomatic of this movement: it features a 17th century engraving which has been digitized and processed using the DeepDream application (developed by Google in 2015, it employs the principle of pareidolia to generate images of grotesque creatures and hallucinatory forms). We accelerate through the ages, passing from splendid medieval architecture to the fantasies of Bosch, from surrealism to the history of counter-culture, arriving finally in our own era, governed by mysterious algorithms and peopled with hybrid things.
www.confort-moderne.fr