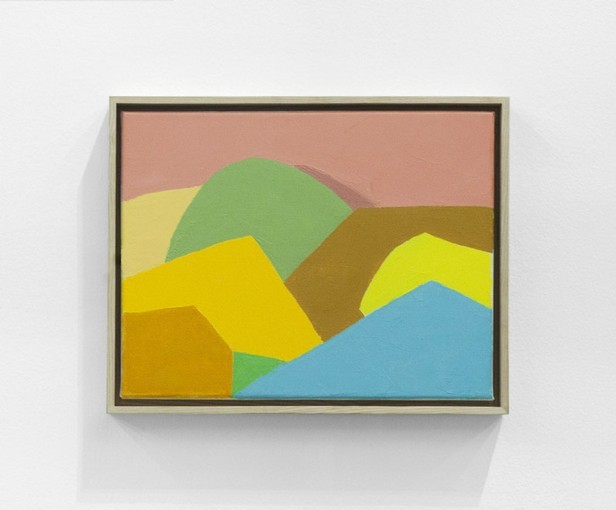 Galleria Continua Beijing is honored to announce, for the first time in China, the show of Etel Adnan one of the most complex cultural figures of contemporary culture.

Poetess, novelist, essayist and visual artist, Adnan is a cosmopolitan woman. She was born in Beirut to a Muslim Syrian father and a Christian Greek mother. Beirut and Damascus were the landscapes of her childhood, France and the United States the countries where she studied and works. Adnan is regarded as one of the most important representatives of the “Arab diaspora”, and a pioneer of the process of female emancipation. Her interest in visual art developed during the years of the Algerian war of independence, when writing in French had political implications which the artist, out of solidarity with the rebels, refused to embrace. Her first paintings date to 1958, at a time when Adnan had recently moved to the San Francisco of Ginsberg, Kerouac and Snyder, and was teaching philosophy at a Californian university.

One major source of inspiration for the artist’s work is Mount Tamalpais, the highest peak overlooking San Francisco Bay. Over the years she has expressed her love for this mountain by dedicating books and poems to it and depicting it repeatedly in her paintings. For Adnan, Mount Tamalpais is the synthesis of becoming and permanence, it is the representation of the universe, it is the experience that humans have of nature, and in this sense is the epiphany of the most profound self. In some notes published by Adnan on the occasion of her participation at dOCUMENTA (13), she wrote: “You might think that love of nature is harmless, but no love is harmless. It can compromise the whole of existence and indeed it does.”

In this exhibition the artist presents a series of new works: alabaster screens, ink on paper and a series of small-format oil on canvas. They are landscapes, but rather than simply depicting what the eye can see, they are a revelation of what lies behind visible appearance. There is no human presence, because Adnan is interested exclusively in representing the physical beauty of the universe, and the intense bond of love she has with it. The works are executed with great clarity and assurance, without hesitation or second thoughts. Her style is concise and almost austere, like her writing.

The colours chosen by the artist to represent rivers, seas, hills and mountains do not correspond exclusively to the modality with which Adnan perceives nature; the “reading” is not limited to a juxtaposition of colours, but instead is completed in the whole that these colours create and in the impression conveyed to the viewer. The artist asks: “Do colors have the power to break the Time barrier, and carry us into outer spaces, not only those made of miles and distances, but those of the accumulated experiences of life since its beginnings or unbeginning?”

In the essay “Beyond Borders: Etel Adnan’s Writing and Art”, Simone Fattal writes: “She worked the canvas like a sheet of paper, the canvas laid on the table, using a palette knife instead of a brush. She posed on it squares and masses, vivid bright stretches of color... Adnan started as a purely abstract painter, using large squares compactly juxtaposed or floating on a background, or else smaller squares composing a line either dividing the surface or also floating somewhere on the surface of the canvas. Among these hermetic squares, there was almost always a red one. It was as if from the red square that all the rest of the composition emerged. Around it the world – its lines of forces, the large picture – organized itself.”

Etel Adnan was born in Beirut, in Lebanon, in 1925. After attending a Catholic convent run by French nuns in Beirut, she went to Paris in 1950 to study philosophy at the Sorbonne. Five years later she moved to the United States to pursue postgraduate studies at the University of California, Berkeley, and at Harvard. From 1958 to 1972 she taught philosophy at the Dominican College of San Rafael in California. After returning to Lebanon in 1972, she worked as literary editor for the Beirut daily, L’Orient-Le Jour. She left the country in 1976. Adnan now divides her time between Paris and Sausalito, California.

In the decades following the publication of her first volume of poetry, Moonshots, Adnan published books in English and French, wrote texts for two documentaries by Jocelyn Saab about the civil war in Lebanon (broadcast in France, various other European countries and in Japan) and two theatre pieces, Comme un arbre de Noël (about the Gulf War) and L’actrice. She worked on a film about Calamity Jane in collaboration with Delphine Seyring, and a musical work with her “Love Poems”. Many of Adnan’s poems have been set to music, for example by Gavin Bryars (“Adnan Songbook”) and by Zad Moultaka (“Nepsis”). Other works, all translated into Italian, include Journey to Mount Tamalpais; In the Heart of the Heart of Another Country; a short but intense biography entitled “Growing Up to Be a Woman Writer in Lebanon”; The Arab Apocalypse; and one of her most celebrated novels, Sitt Marie Rose. Set in the civil war in Lebanon, the book deals in dramatic terms with the issue of religious and political integralism and the role of women in Lebanese society. Winner of the France-Pays Arabes prize in 1977, it has been translated into more than 10 languages, and has become a classic of war literature.

The works of Etel Adnan are housed in private collections and in museums around the world, including the Royal Jordanian Museum, the Tunis Modern Art Museum, the Sursock Museum in Beirut, the Institut du Monde Arabe in Paris, the British Museum in London, the World Bank Collection in Washington D.C., and the National Museum for Women in the Arts, also in Washington D.C. In 2010 the artist took part in the “Memory Marathon” at the Serpentine Gallery in London, and in 2012 she showed at dOCUMENTA (13) in Kassel. Etel Adnan will be exhibiting at the Mathaf: the Arab Museum of Modern Art in Doha, with the show "Etel Adnan: Art is one of the Roads to Paradise”, and will also participate in the 2014 Whitney Biennial.
www.galleriacontinua.com