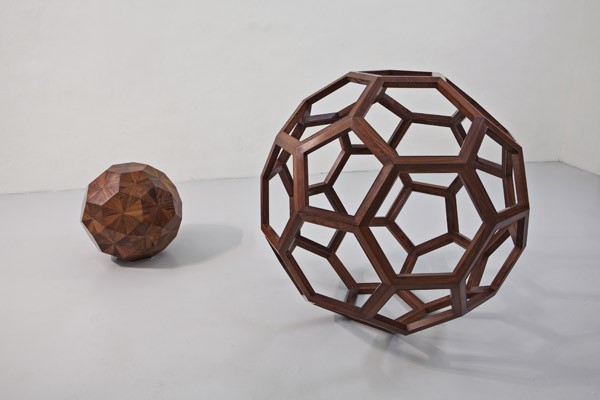 Galleria Continua is pleased to present, for the first time in its San Gimignano gallery space, a solo show by Ai Weiwei. The exhibition features sculptures, installations, videos and photographs. Recent works, some previously unshown and others on display for the first time in Italy, offer viewers an opportunity to learn more about one of the most important figures in contemporary culture, emphasizing the versatility of the artist and the cornerstones of his art: deferential respect for the Chinese tradition, combined with a great ability to project himself into modernity and an unflagging social and political awareness.

A multifaceted artist and a man who is a bundle of contradictions, a great deal has been written, in every conceivable language, about the life of Ai Weiwei—from the suffering experienced by his family to his open clashes with the Chinese government and the way in which he has succeeded in redeeming his father through his work and through the pursuit of intellectual liberty. The aim of the exhibition is to focus on Ai Weiwei in all his complexity, a man for whom art is a way of life, bound up inextricably with the political and social circumstances of his time, a humanist artist with great intellectual faith in the capacity of human beings to contribute with their every gesture to the betterment of society. Ai Weiwei expresses this optimism on various fronts, ranging from art to architecture, and from literature to documentary film, social media activities and public protests. However the different fields of action all share a single and all-encompassing objective: to free individual expression from all forms of imposition in order to encourage reciprocal exchange and sharing among individuals. Ai Weiwei dwells on communication and social meanings in order to give fresh voice to a nation rendered mute by the ideology of the masses and by social utopianism, which renders thought uniform and denies the possibility of a critical approach to life.

In 2003, Ai Weiwei designed and realized his Fake Design Studio (which in Chinese reads as “fu-ke”, “fuck”), where he would subsequently plan, in his capacity as architect, a large series of spaces for galleries, studios and art centres, transforming a small unknown village between the fourth and fifth ring road to the north-east of the city into one of the most popular artists’ neighbourhoods in Beijing. Galleria Continua is showing 258 Fake, a titanic work of documentation consisting of 7,677 photos taken between 2003 and 2011, which record the artist’s everyday life: work, encounters, moments of leisure, political and social engagement. For Ai Weiwei, photography is an advanced archive tool but also an alienating and dangerous medium because of its inability to express reality in an unconditioned and objective way.
Documentation and archiving are fundamental, recurrent practices forming an underlying thread in Ai Weiwei’s work and career. The artist uses documentation to restore a name and a temporal and historic place to things and people, affirming their dignity and value. This can be seen in Chang’An Boulevard, which records the life of a constantly changing city and of the people who live there. Armed with a video camera, Ai Weiwei spent a whole winter driving around in a van along every street of the 4th, 3rd and 2nd ring, including Chang’An Boulevard, the immensely long Avenue of Eternal Peace, which starts in rural areas and villages and runs through the centre of the capital, the political district and the neighbourhoods with Beijing’s most magnificent buildings, museums and hotels, finally arriving at the Iron and Steel Works (regarded in the past as the symbol of socialist industry). At measured points along the way, the artist shot single frames of one minute each. The final edited work consists of 608 such segments, lasting a total of 10 hours, 13 minutes.

Ai Weiwei’s role as a dissident artist became clearly defined in 2008, when a violent earthquake devastated the province of Sichuan, causing the death of 70,000 people. Accompanied by a group of volunteers recruited on the web via his blog, Ai Weiwei embarked on a project to investigate the causes of the catastrophe. The results of his inquiries cast light on the poor quality of the public buildings (hospitals, factories, schools), which collapsed like houses of cards. The artist published on line a list of the names of 5,826 children who died under the rubble of the so-called tofu constructions. His act of denunciation made a strong impact on public opinion, drawing an immediate response from the Chinese police, who closed down his blog. Nonetheless, Ai Weiwei managed to get round the censorship, continuing to support his campaigns on the web through Twitter. The exhibition features a series of works linked to this sad chapter in Chinese history. Rebar 49 is a sculpture comprising three iron rings, used for reinforced concrete in the construction of civil buildings—one of the 150 originals deformed by the earthquake that Ai Weiwei collected in Sichuan, and two replicas. The work is a forceful condemnation of the Chinese government, but also a monument to those who were never found. Brain Inflation is an MRI showing the brain haemorrhage suffered by the artist at the hands of the Chengdu police in August 2009. Helmet, a marble sculpture, is a replica of a worker’s hard hat, of the kind used by the workers who tried to save the lives of earthquake victims in the days after the disaster.

Around the end of the 1990s, Ai Weiwei began to work on the decontextualization and reconfiguration of ancient furniture, which resulted in a series of works destined to become a distinctive feature of his output. Using tables and architectural elements dating to the Ming and Qing dynasties, a legacy of the sophisticated Chinese craft tradition, the artist started a process of deconstruction and assemblage, adopting the ancient, and now largely forgotten, assembly technique of the Tang dynasty (618–907). The object, stripped of its original use, acquires new form and new significance. More recent works are articulated in architectural forms that are closer to solid geometry, from the cube to Platonic solids. There are two examples in the show, F Size and Untitled.

Ai Weiwei’s enthusiasm for the ancient craft traditions of China is also reflected in his interest in porcelain. Exported around the world, it is perhaps the art form that best represents Chinese culture. Since 2004, the artist has explored this material with increasing closeness and depth. The themes that inspire his ceramics are less austere than the works in wood, and fit perfectly with the light, fragile and sophisticated nature of the material. In the exhibition there is Oil Spills, blown-up blots of oil that allude to the theme of consumerism, and Bubble of Twenty Five, 25 unequal-sized bubbles of porcelain situated in the garden of the gallery. The bubbles were produced in the ancient kilns of Jingdezhen (historically the capital of imperial ceramics), and reflect the surrounding landscape spherically and to infinity.

Rounding off the exhibition are several installations of great visual impact. Situated in the stalls area of the gallery is Ordos 100 Models, a large architectural model designed for Inner Mongolia, which once again saw Ai Weiwei working with the architects Herzog & De Meuron, for whom he had previously acted as a consultant on the Olympic stadium in Beijing. One hundred architects from 27 different nations were selected to design 100 villas, each measuring 1,000 square metres. The maquette and the prints on the walls document the design phase, and the film, Ordos 100, the three on-site inspections for the finalization of the designs, which, however, have not yet been realized. The stage and the gallery’s tower space house Forever Bicycles and Very Yao, variations on a symbolically rich subject already explored by the artist in the past. Ai Weiwei uses the bicycle as an iconic object: the principal means of transport in China -“Forever” (Yong Jiu Pai) is the most common bicycle brand in the country—it represents the lives of millions of Chinese citizens; what’s more, with its chain and sprocket mechanism, it somehow depicts the matrix of the labour force: the people. These installations also spotlight the more conceptual aspects of Ai Weiwei’s work; on the one hand, the activation of a process of abstraction whereby the object becomes the symbol-structure of nothing, on the other, the realization of the work as a metaphor of the fabrication of
power.

Ai Weiwei was born in Beijing in 1957. He moved to New York in 1981, but returned to Beijing in 1993, and he still lives and works there today. His works have been shown around the world, and he has had solo exhibitions at the Hirshhorn Museum and Sculpture Garden, Washington D.C., and the De Pont Museum of Contemporary Art, Tilburg, in 2012; the Victoria and Albert Museum, London, Somerset House, London, the Kunsthaus, Bregenz, the Taipei Fine Arts Museum, Taipei, the Asia Society, New York, the Fotomuseum Winterthur, Winterthur, and the Pulitzer Fountain, New York, in 2011; Stiftung DKM, Duisburg, the Museum of Contemporary Craft, Portland, the Arcadia University Gallery, Glenside, and the Turbine Hall, Tate Modern, London, in 2010; the Mori Art Museum, Tokyo, Haus der Kunst, Munich, and the Three Shadows Photography Art Center, Beijing, in 2009; the Sherman Contemporary Art Foundation, Cambelltown Arts Center, Sydney, and the Groninger Museum, Groningen, in 2008. Collective shows to which he has contributed include the São Paulo Biennial and the Venice Architecture Biennale in 2010; Documenta 12 at Kassel and an exhibition at Tate Liverpool in 2007.
www.galleriacontinua.com