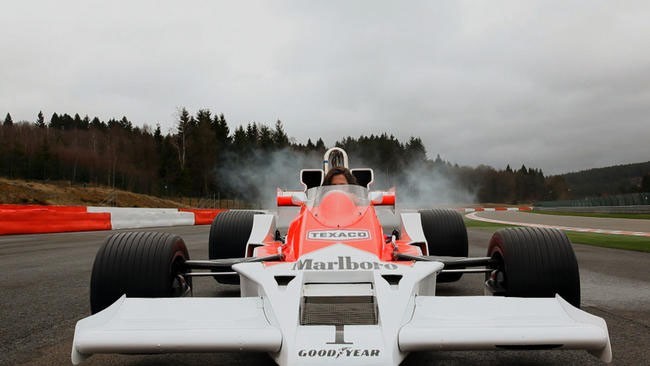 For the occasion, Whettnall is showing, for the first time in Italy, her most recent self-portrait, entitled Excess of Yang, a sound and video installation produced in 2010 for the Joan Miro Foundation in Barcelona and exhibited as part of the Explicit Silence series of projects.

According to one branch of oriental philosophy, the equilibrium regulating the relations between everything in the universe is based on a dualistic relationship between yin and yang. Tradition attributes to female nature everything that is yin and to male nature everything that is yang. Yin is also linked with what is cold, dark, wet and inert; and yang with action, movement, light and heat. Starting from her Chinese doctor’s diagnosis of an excess of yang, the artist created a passionate metaphor of her experience as a woman in society, using symbols of power and seduction associated with the male gender. To do so, she explores the boundaries of silence, embarking on a project that represents a further step in her introspective probing and her own distinctive analysis of the mechanisms and contradictions implicit in artistic practice.

Through this work, as in other videos such as Shadow Boxing (2004) and Conversation Piece (2005), Whettnall reflects on the latent violence of what is unknown, concealed,
dissimulated, reserved and withheld. In Excess of Yang, the artist describes herself as
polarized between the energy and power conferred by the ostentation of sound, speed and beauty, and the containment imposed on her by her own limits. In the video we see her climbing into a powerful racing car; the roar of the engine is almost deafening, the wind blows through her hair and the landscape rushes by. Suddenly silence falls and the frame slowly widens to show us the artist sitting immobile inside the car, which is suspended several centimetres off the ground. Whettnall has given us the illusion she was driving a racing car on a real race track, thereby giving voice to the burning issue of the exchange of male-female roles, also commenting ironically on her own role as performer. And the silence, represented as paralyzing violence, becomes an expression of the lack of definition of one’s limits and likewise of the disarming breadth of one’s possibilities.