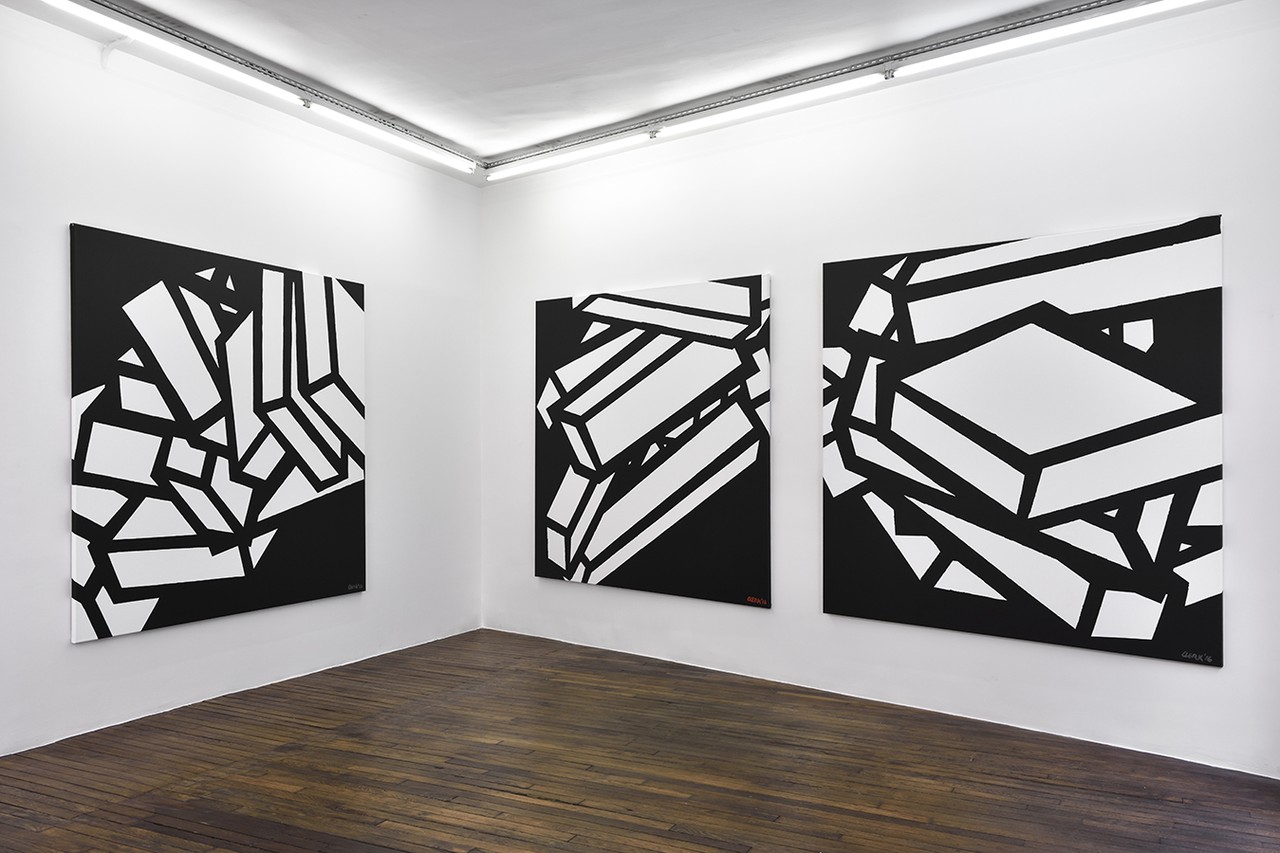 I come from a line of architects, so geometry is in my blood. But I don?t like the ordered geometry of architects. I like the shapes and forms that play against each other.
There's a game in the United States called Pick-up Sticks. They?re like chopsticks and they come in different colors. The point is to throw them on the floor and pull them out one-by-one without disturbing any of the others. But I don?t care about picking them up. I like the angles they make when they?re jumbled all together.
The angles are endless. They have depth and substance. They fill up with color, or the color stays on the outlines.
I never envision a painting or a print before I start. I never model a sculpture.
What I essentially do is go out every day and throw down Pick-up Sticks.

Curiosity is the motor.

In the words of Jasper Johns, "As one gets older one sees many more paths that could be taken."

"Screwing things up is a virtue. Being correct is never the point." Robert Rauschenberg

Andy Warhol: "Don't think about making art, just get it done. Let everyone else decide if it's good or bad, whether they love it or hate it. While they are deciding, make even more art."

Michelangelo: "If people knew how hard I had to work to gain my mastery, it would not seem so wonderful at all."

Mondrian: "Everything is expressed through relationship."

Woody Allen: "If you're not failing every now and again, it's a sign you're not doing anything innovative."