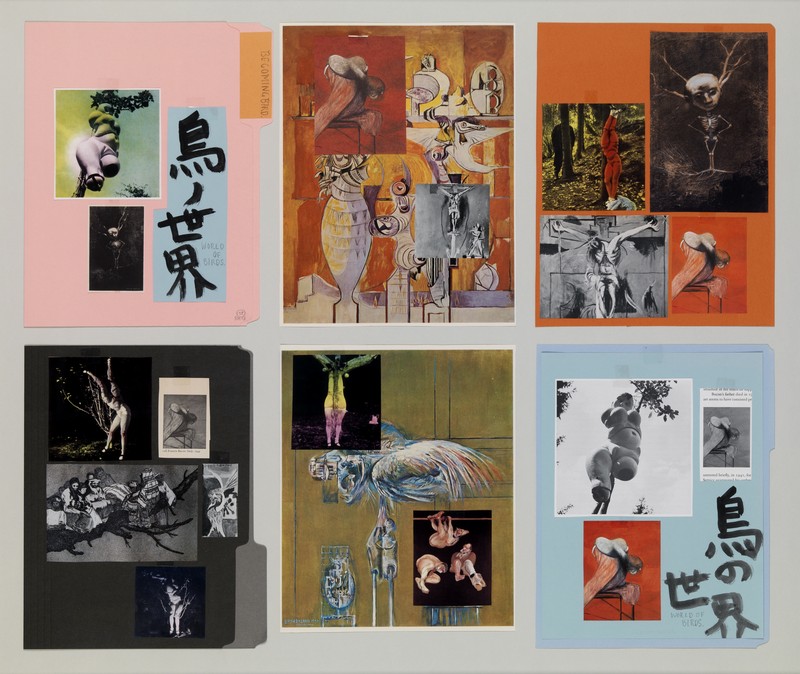 Tommaso Corvi-Mora is pleased to present a solo exhibition by American artist Richard Hawkins, his seventh at the gallery.

The exhibition will include five works first exhibited at Tate Liverpool in 2014 under the collective title “Hijikata Twist”. This series traces how iconic works from Western modern art have been interpreted or ‘twisted’ in a different cultural context to create images and ideas clashing with orthodox interpretations of art history.

The works feature images of mid-century works by major artists of the time including Francis Bacon and Willem De Kooning, revealing their influence on iconic Japanese artist Tatsumi Hijikata (1928–1986), the founder of Butoh. The work challenges the usual accounts that Butoh was formed as a direct response to Japan’s post-World War Two trauma, Hawkins’s new work instead reveals the surprising effect of painterly abstraction on Butoh. Taken as a whole, Hawkins’s exhibition highlights the ways in which the recurring motifs in Western art found an unlikely migratory influence in the form of Japanese avant-garde performance, through to the work of Hawkins himself as a contemporary American artist.

Richard Hawkins was born in Mexia, Texas in 1961 and lives and works in Los Angeles. Recent solo exhibitions include Richard Hawkins: Third Mind, a mid-career survey at The Art Institute of Chicago that travelled to the Hammer Museum, Los Angeles, and Of Two Minds, Simultaneously at De Appel Center for Contemporary Art, Amsterdam. His work has been exhibited at institutions such as Museum of Fine Arts, Houston; CCS Bard Hessel Museum of Art, Annandale-on-Hudson, NY; Museum of Contemporary Art, Los Angeles; Astrup Fearnley Museum of Modern Art, Oslo: and Museum of Modern Art, New York.