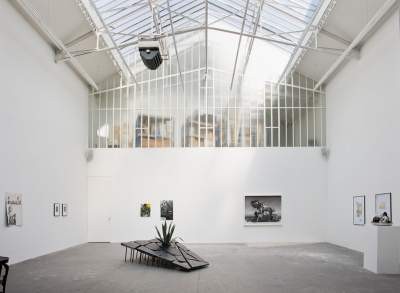 Shadows of Forgotten Ancestors is Sergei PARAJANOV (1924–1990)'s first major movie, which in 1964 earned the Soviet-Armenian filmmaker national fame and international acclaim.
Telling the dramatic story of peasants in the Ukrainian Carpathians, this feature movie is both a detailled ethnographic testimony and a masterpiece of visual innovation. Breaking free from socialist realism official themes and aesthetics, PARAJANOV expresses his poetic vision through various experiments, from the use of colors to represent moods like struggle against destiny to hectic images, or the strong symbolism of religious and folk images.
It is such a highly personal and contemporary reinterpretation of elements from the past that echoes with the various approachs of the exhibiting artists.
www.bugadacargnel.com