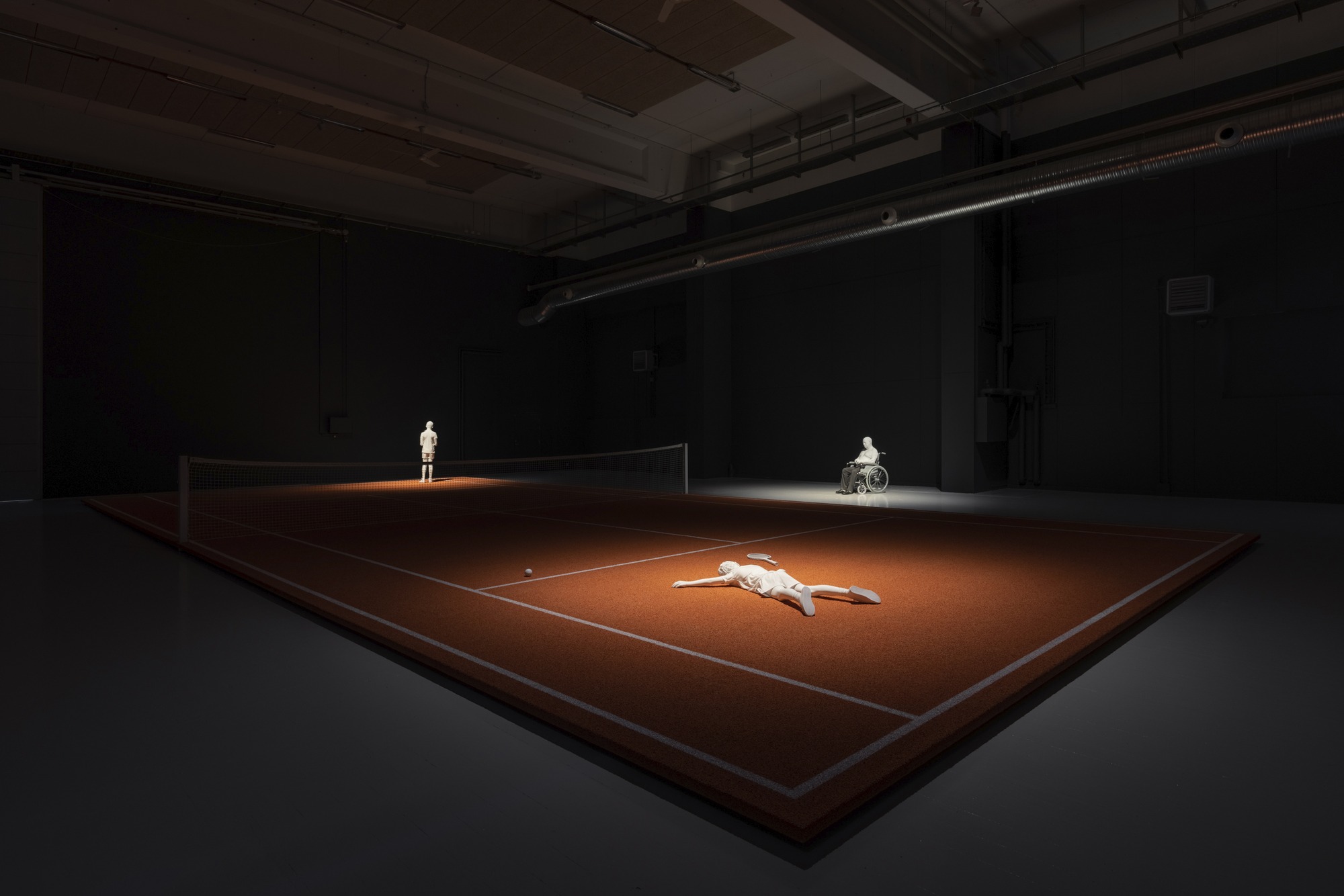 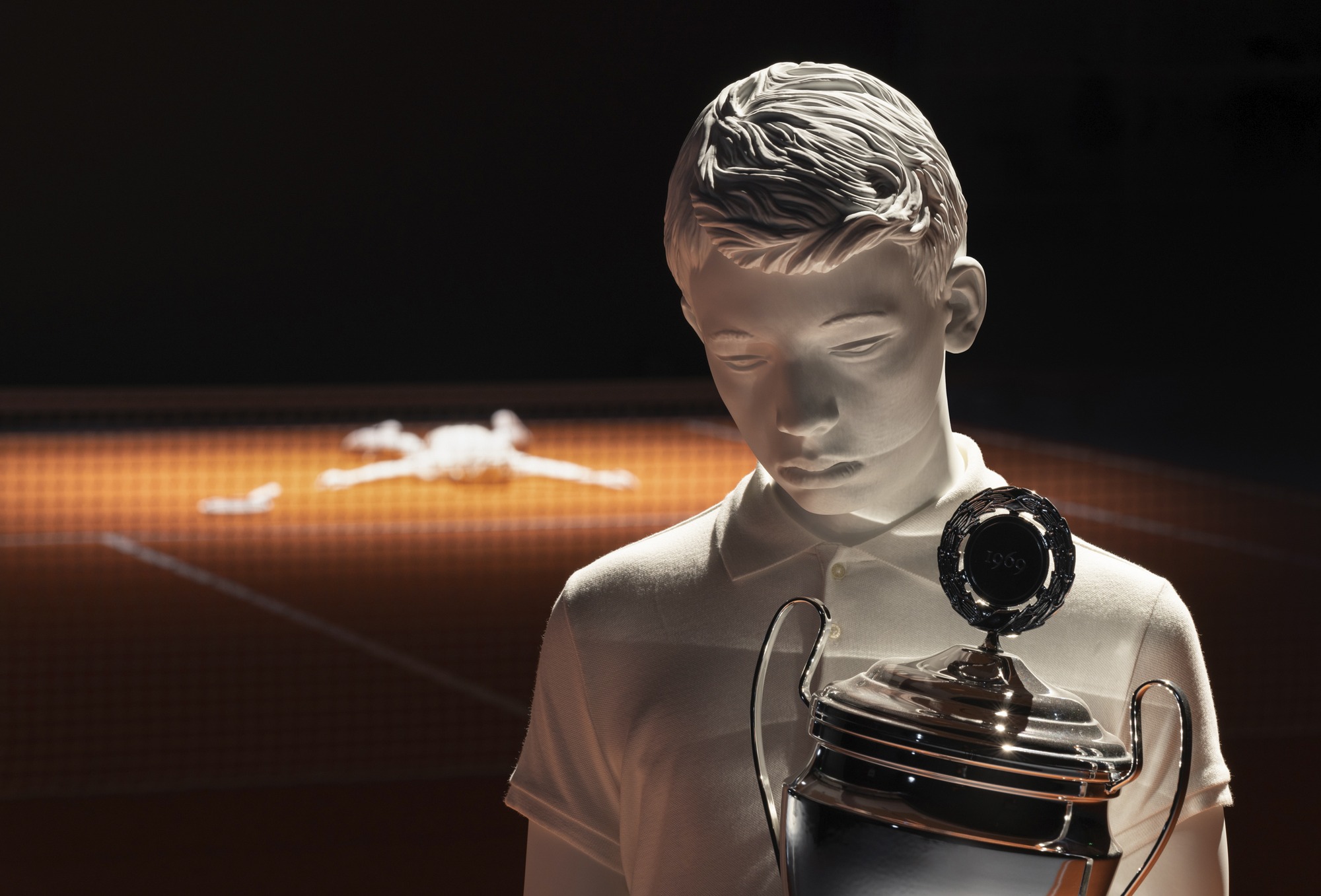 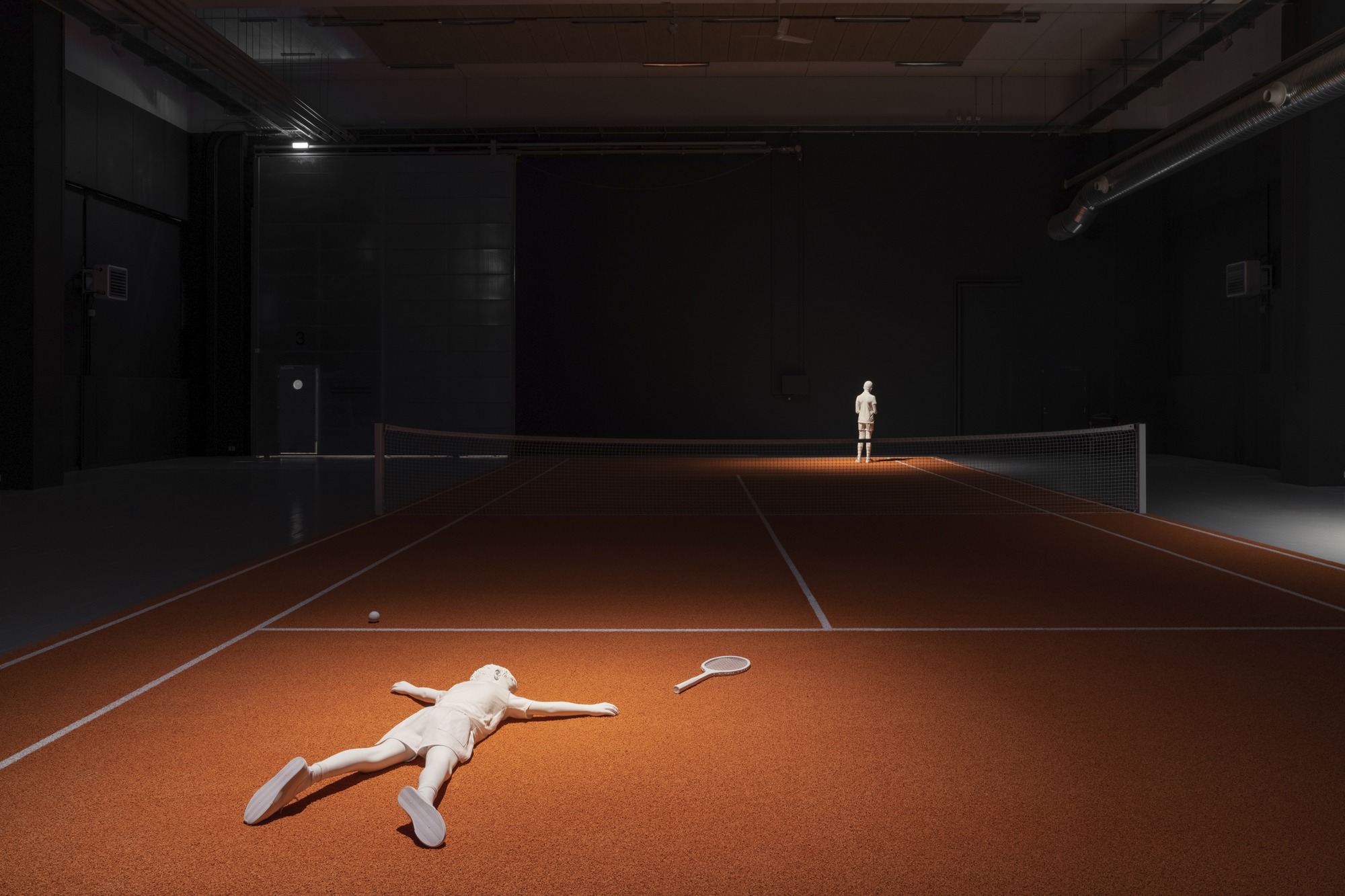 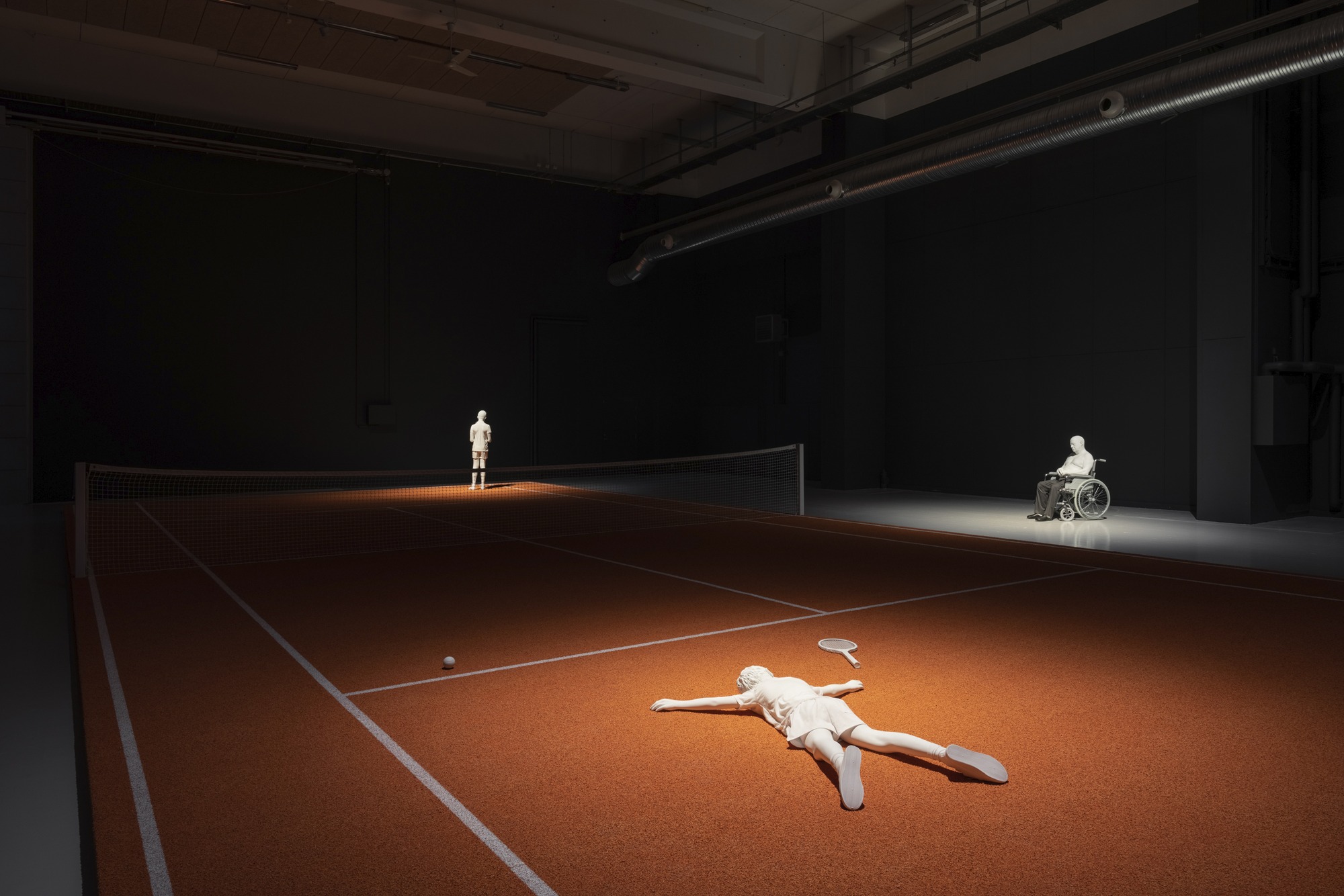 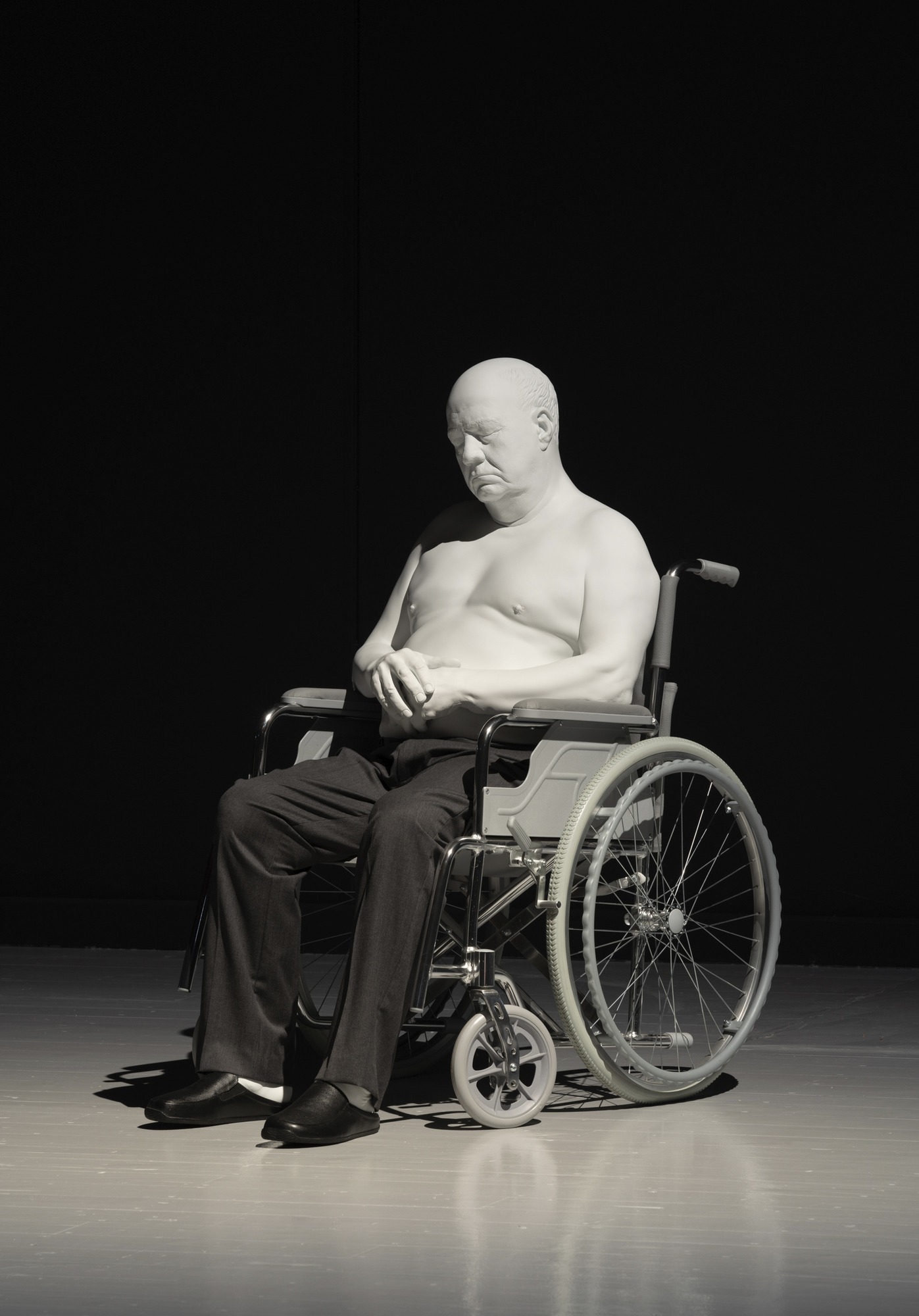 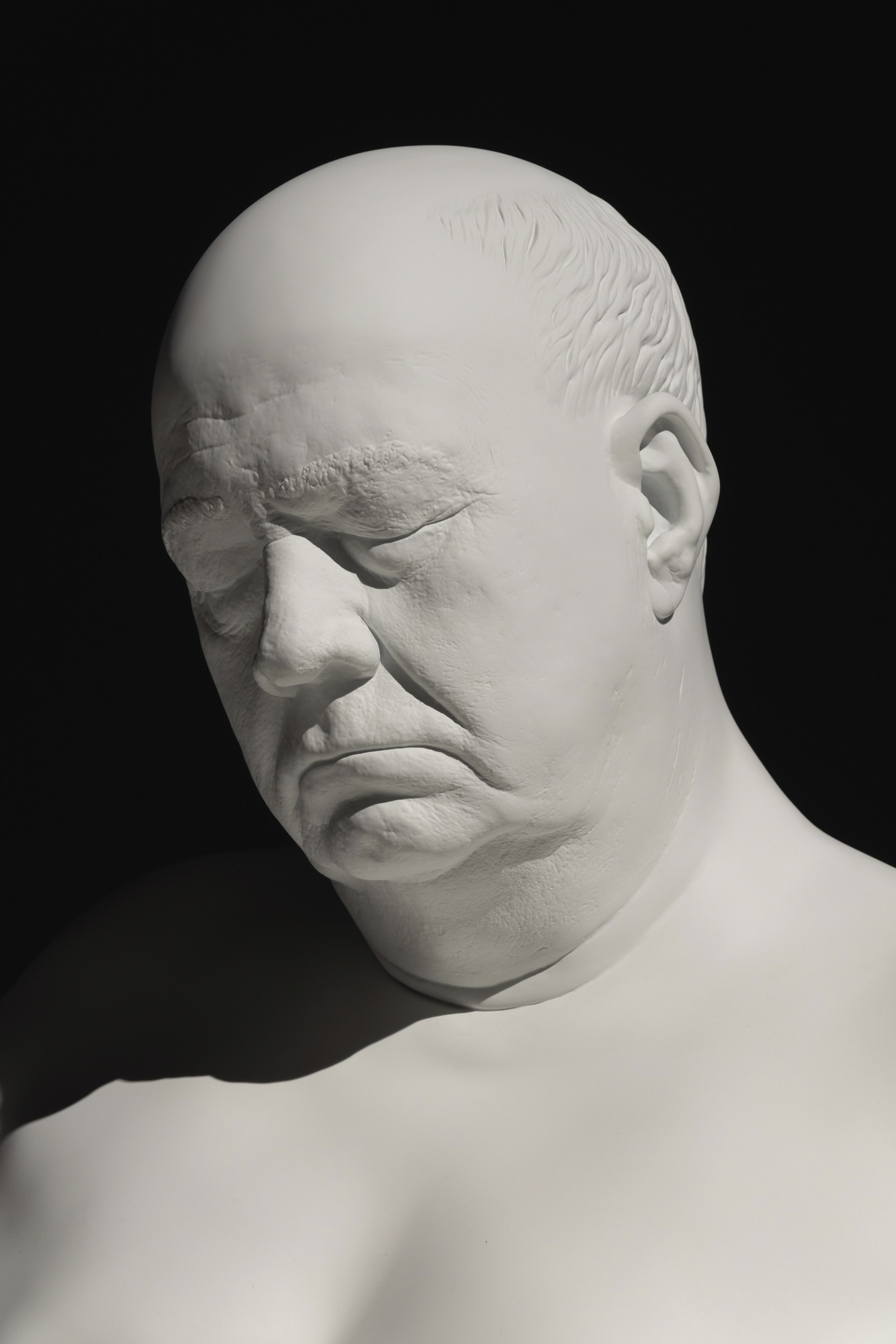 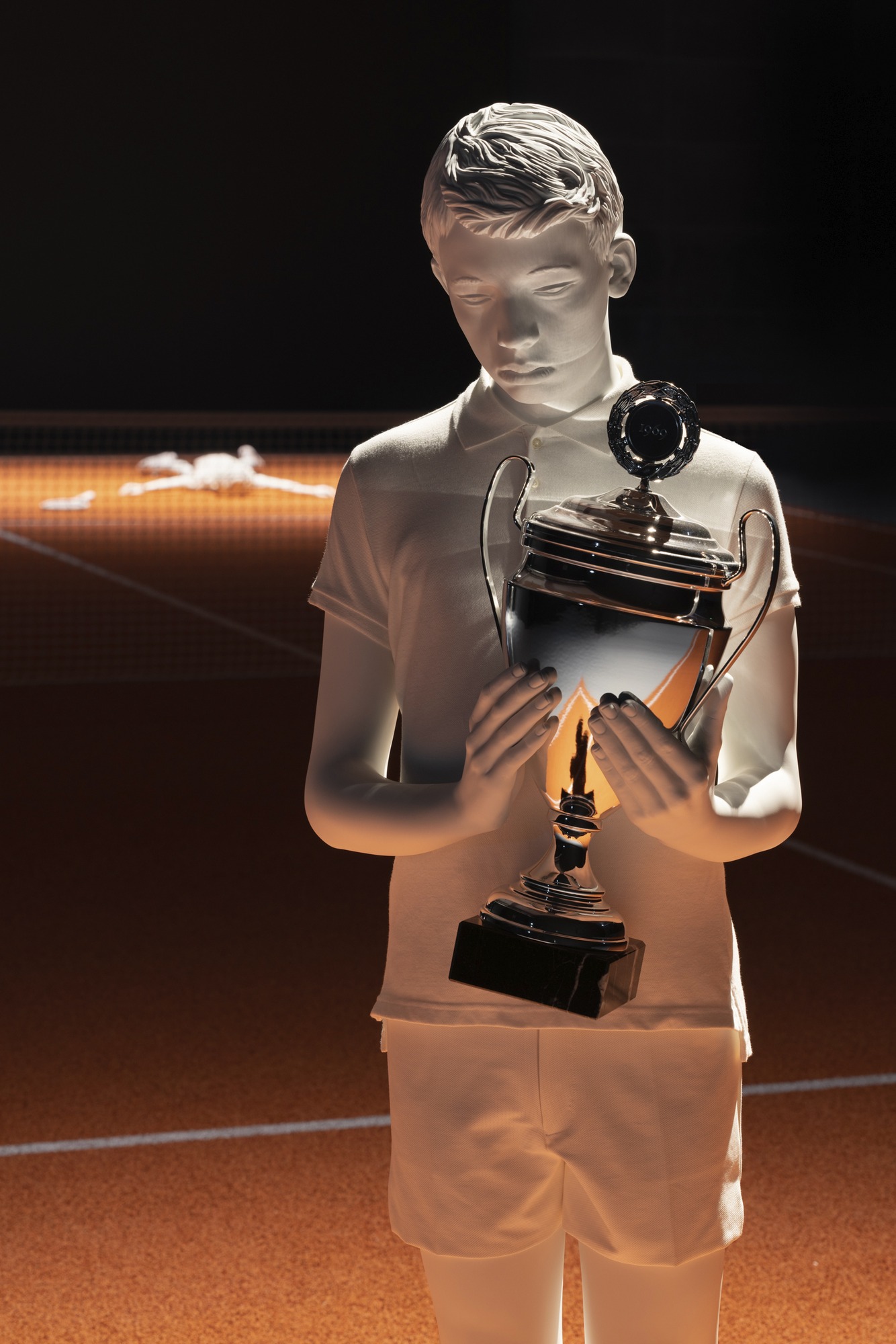 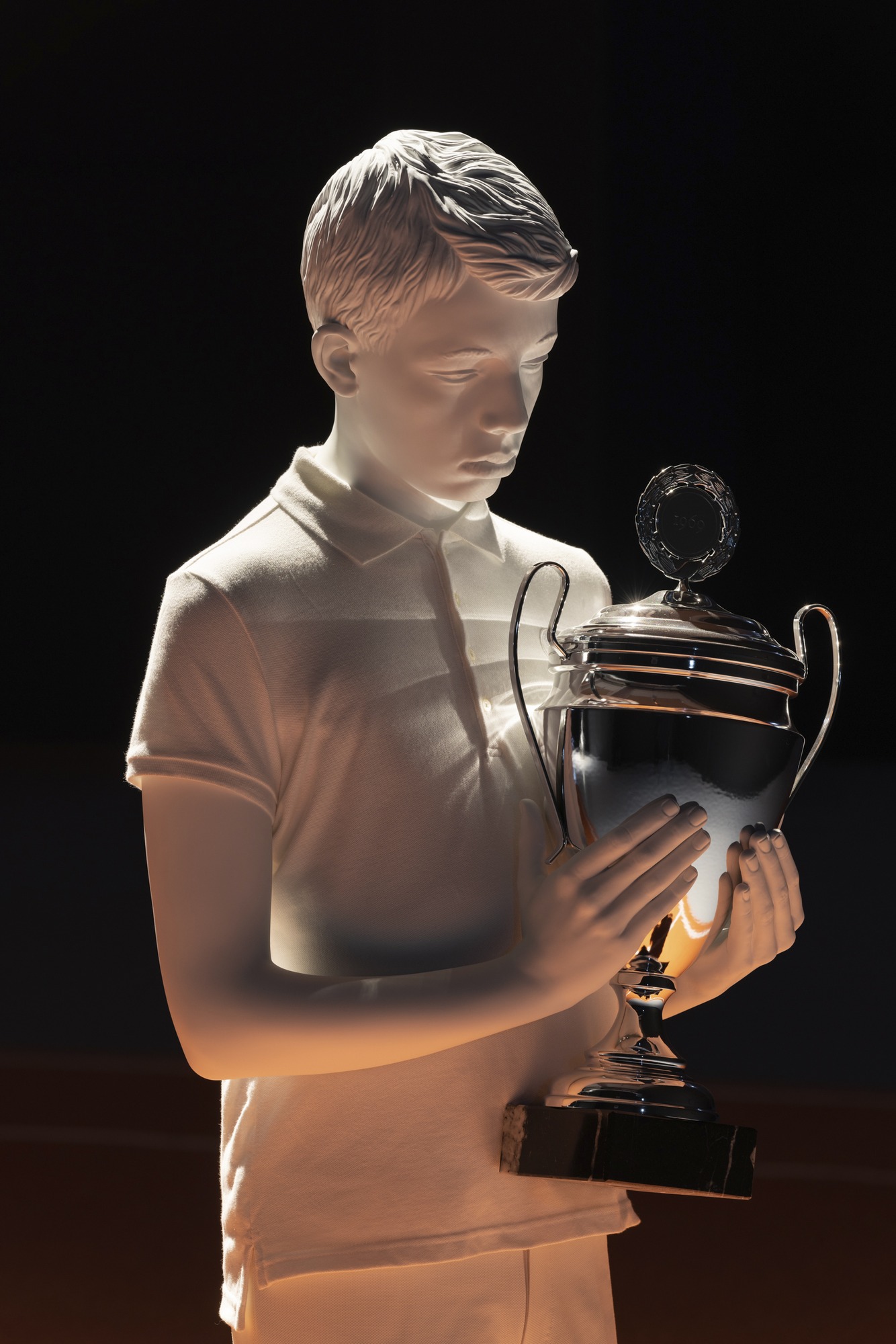 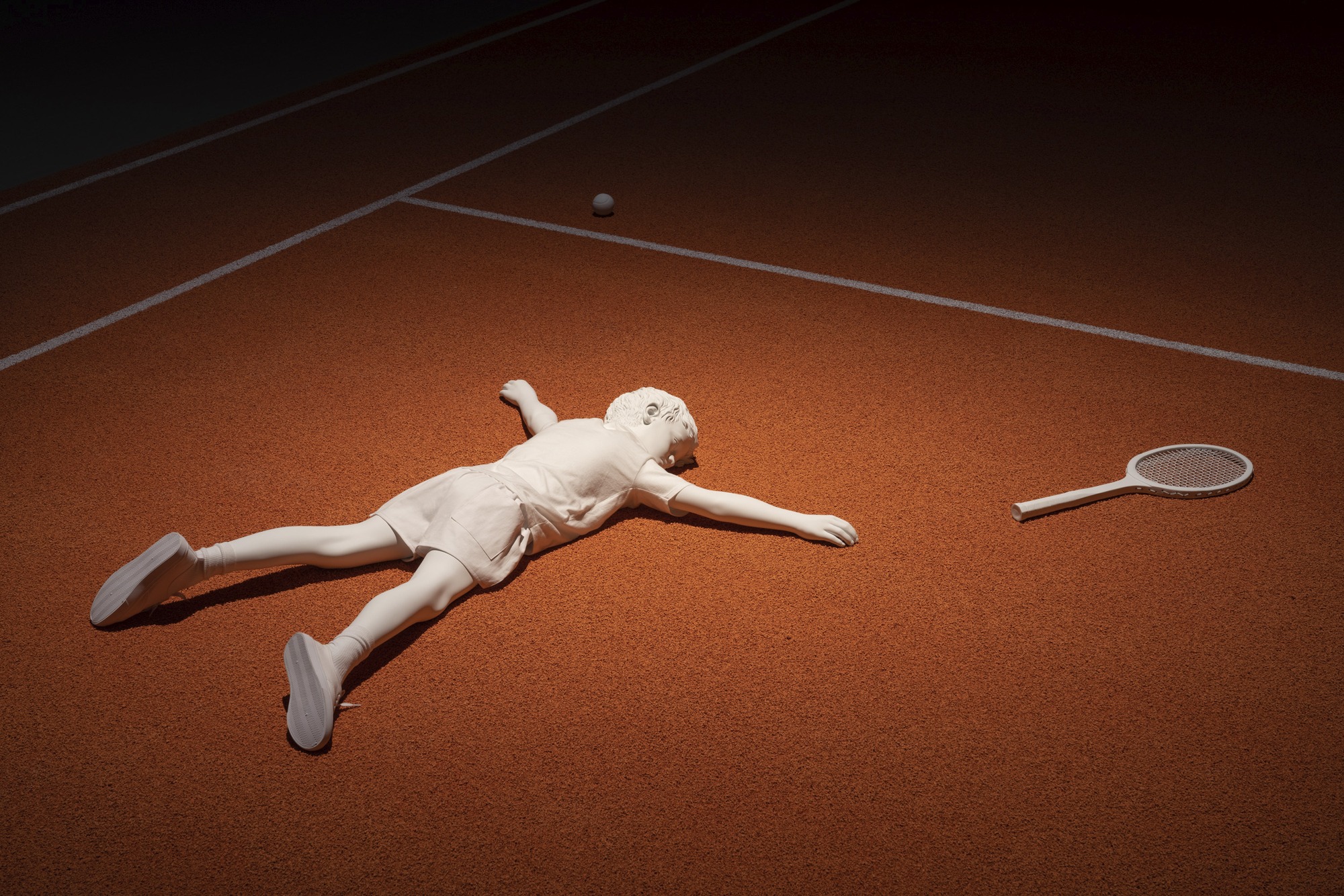 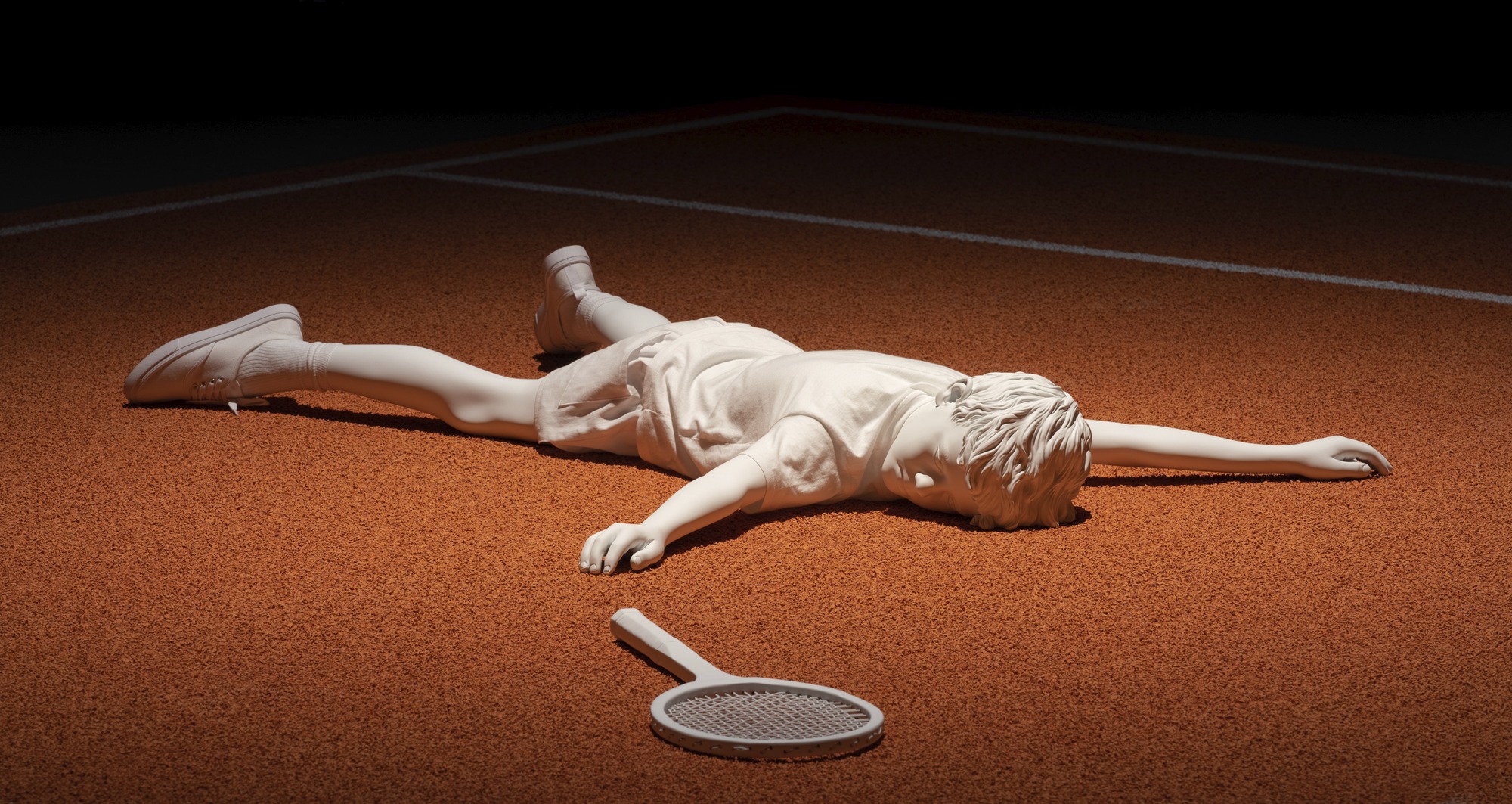 Elmgreen & Dragset, Kev (2020). Installation view in Short Story at Copenhagen
Contemporary, 2021. Photo: David Stjernholm
With their installation Short Story, the Danish-Norwegian artist duo Emgreen & Dragset have transformed Copenhagen Contemporary’s Hall 2 into the setting of a tennis court. When entering the gallery space, visitors will encounter an almost full-size tennis court, slightly raised off the ground. The net and the painted lines mark the rules of play on the orange-brown court, framing a silent scene where three figurative sculptures Flo, Kev and Bogdan are the protagonists.

The scene of Short Story unfolds on this battlefield, where the white-painted bronze sculptures of two young boys are positioned as if they’ve just finished a match. The boys look lonely and somehow lost on the large plane of the tennis court. Their bodies and faces are turned away from each other – the dialogue and play between them seems to have come to an end. Rather than joy, a discomfort seems to have arisen from the game, for both “winner” and “loser”. The sculpture Flo stands with his back to his opponent, Kev, and stares at the trophy he appears to have just won. But rather than seeming proud of his victory, Flo looks remote and pensive. Kev, who lies face down on the opposite side of the court, seems subdued by his defeat.
In a corner beyond the tennis court, there is a third figurative sculpture depicting an elderly man, Bogdan, who sits half asleep in his wheelchair facing the court. With his eyelids closing, his interior world appears to have grown larger than his exterior, as he slowly withdraws from the reality around him. Could the tennis match between the two boys be a vision in his mind – a distant memory reappearing as if in a dream? Or is he simply a spectator like the rest of us?

Elmgreen & Dragset’s Short Story is like a film-still that captures a charged moment after a tennis match – but it is up to the audience to complete the abrupt narratives frozen before them in time and space. In Short Story we are left looking for answers or explanations. Three characters stand before you, but subtle and contextualizing narratives remain elusive. Instead, we enter a space that invites reflection on topics such as competition, individualism, inclusion and exclusion.

About Elmgreen & Dragset
Elmgreen & Dragset, who have collaborated as an artist duo since 1995, have lived and worked in Berlin since 1997. In their artistic practice they pursue questions of identity and belonging and challenge conventional modes of exhibition-making. In their practice, both materially and conceptually, Elmgreen and Dragset work with space – exploring the architectural and social structures that surround us as well as the mental space we create around ourselves.
www.copenhagencontemporary.org