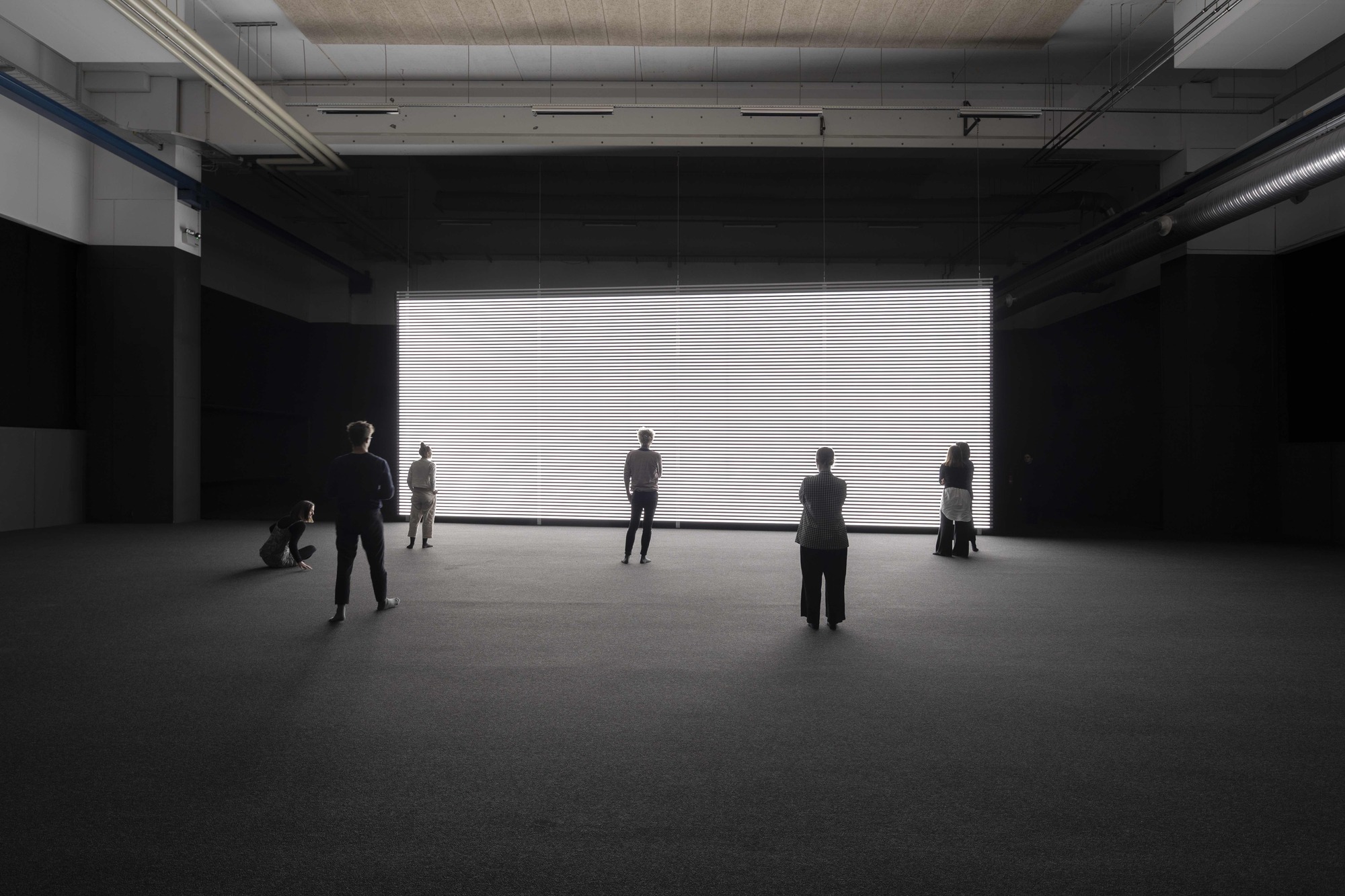 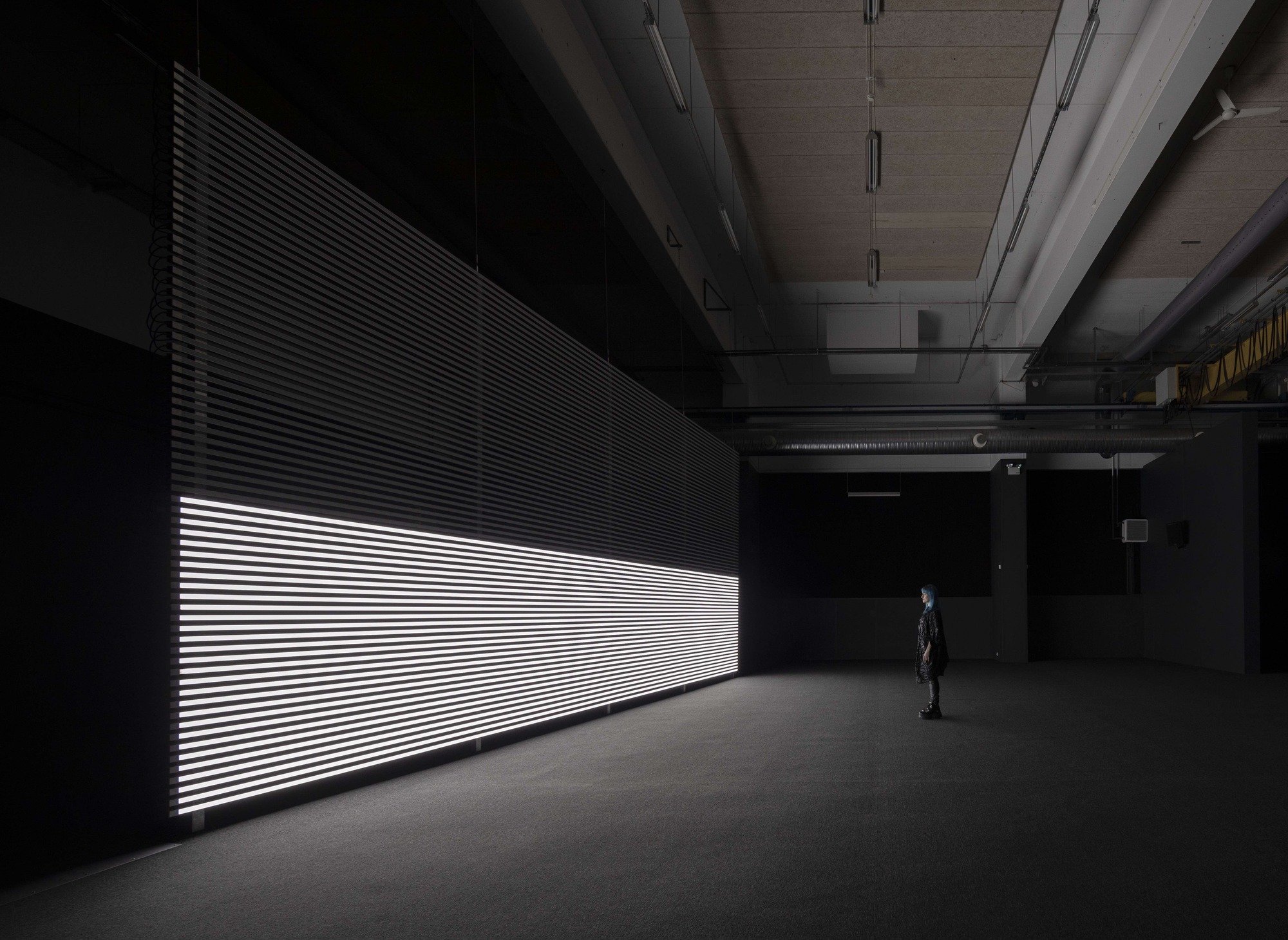 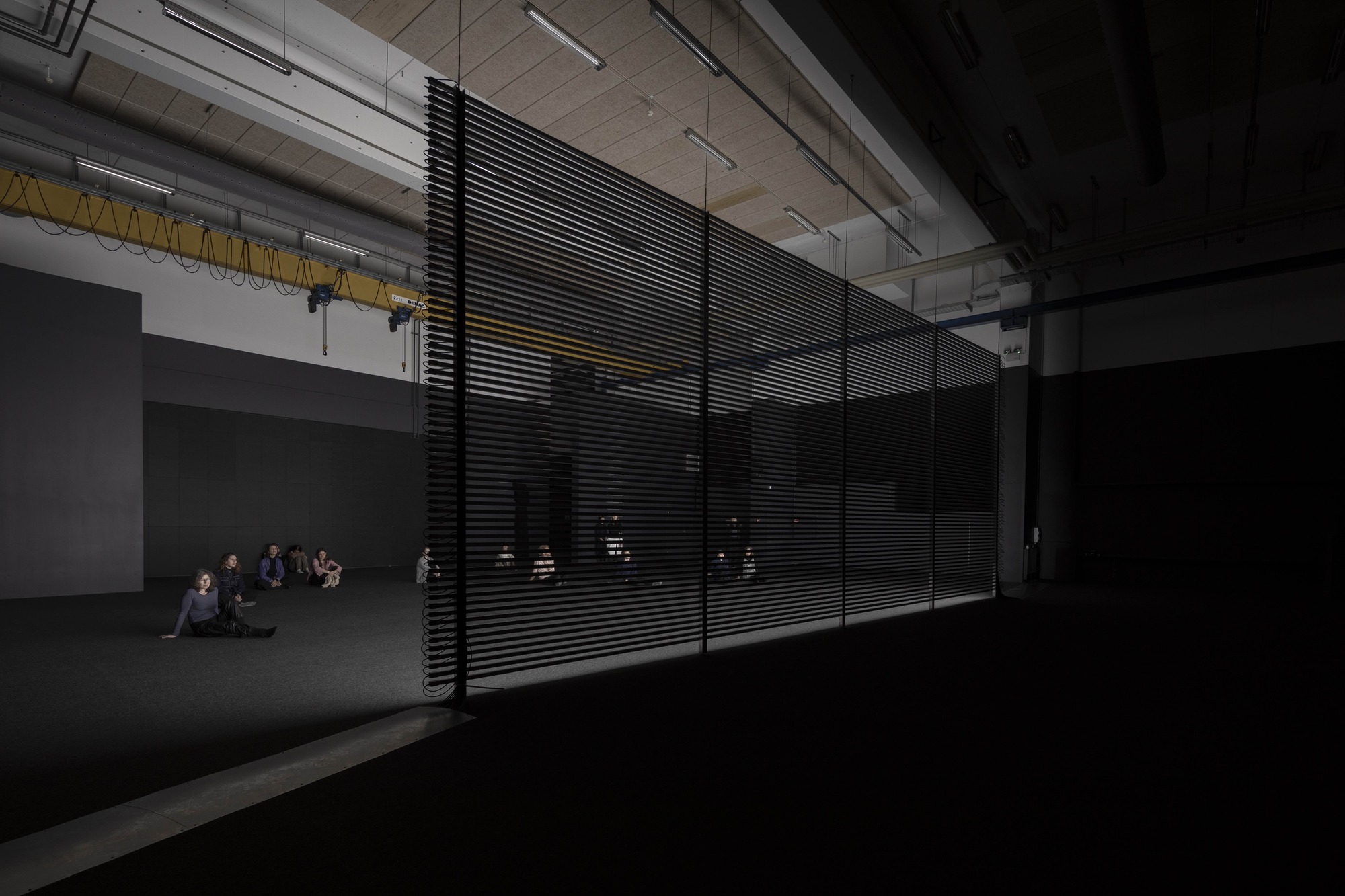 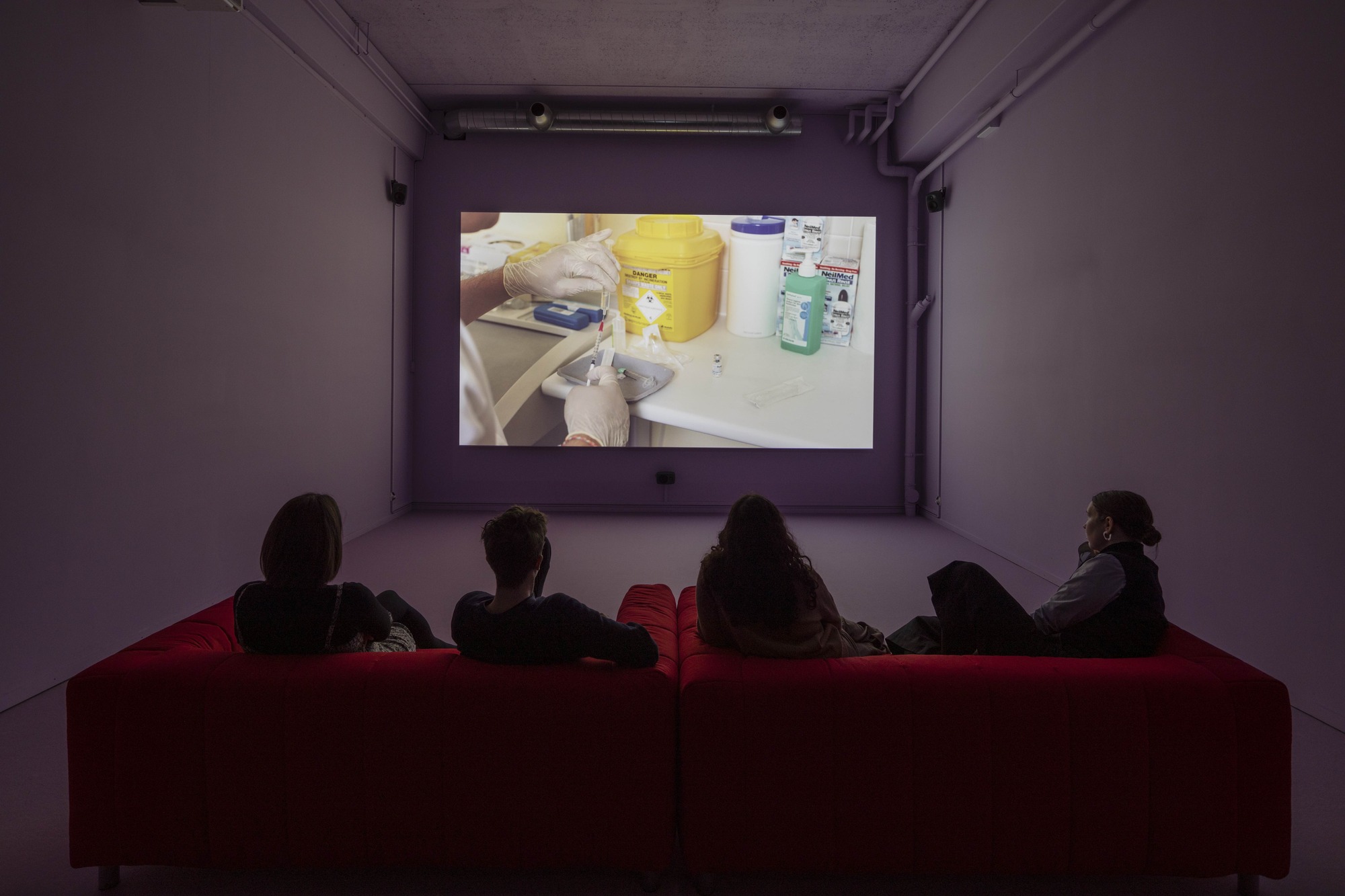 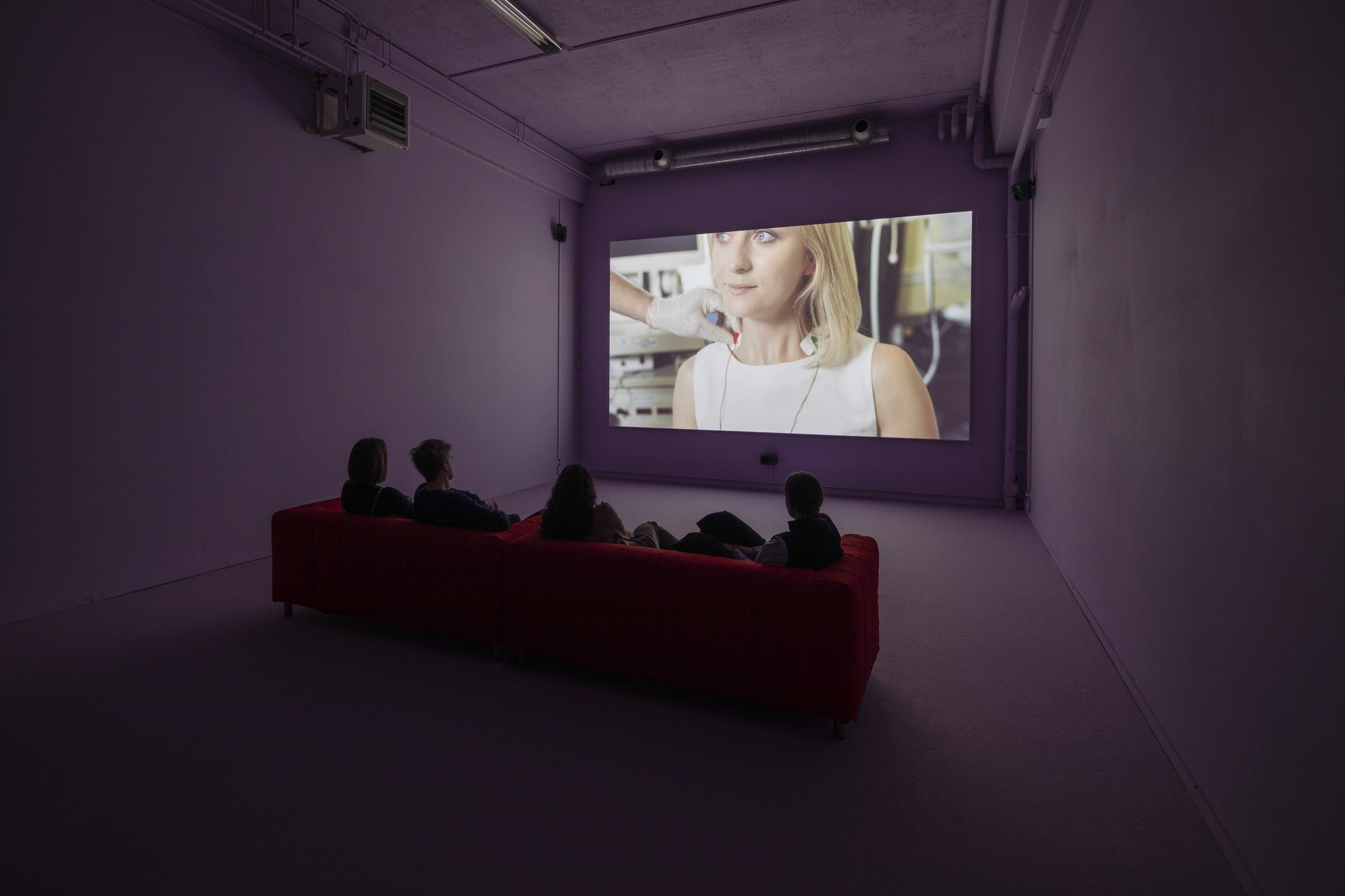 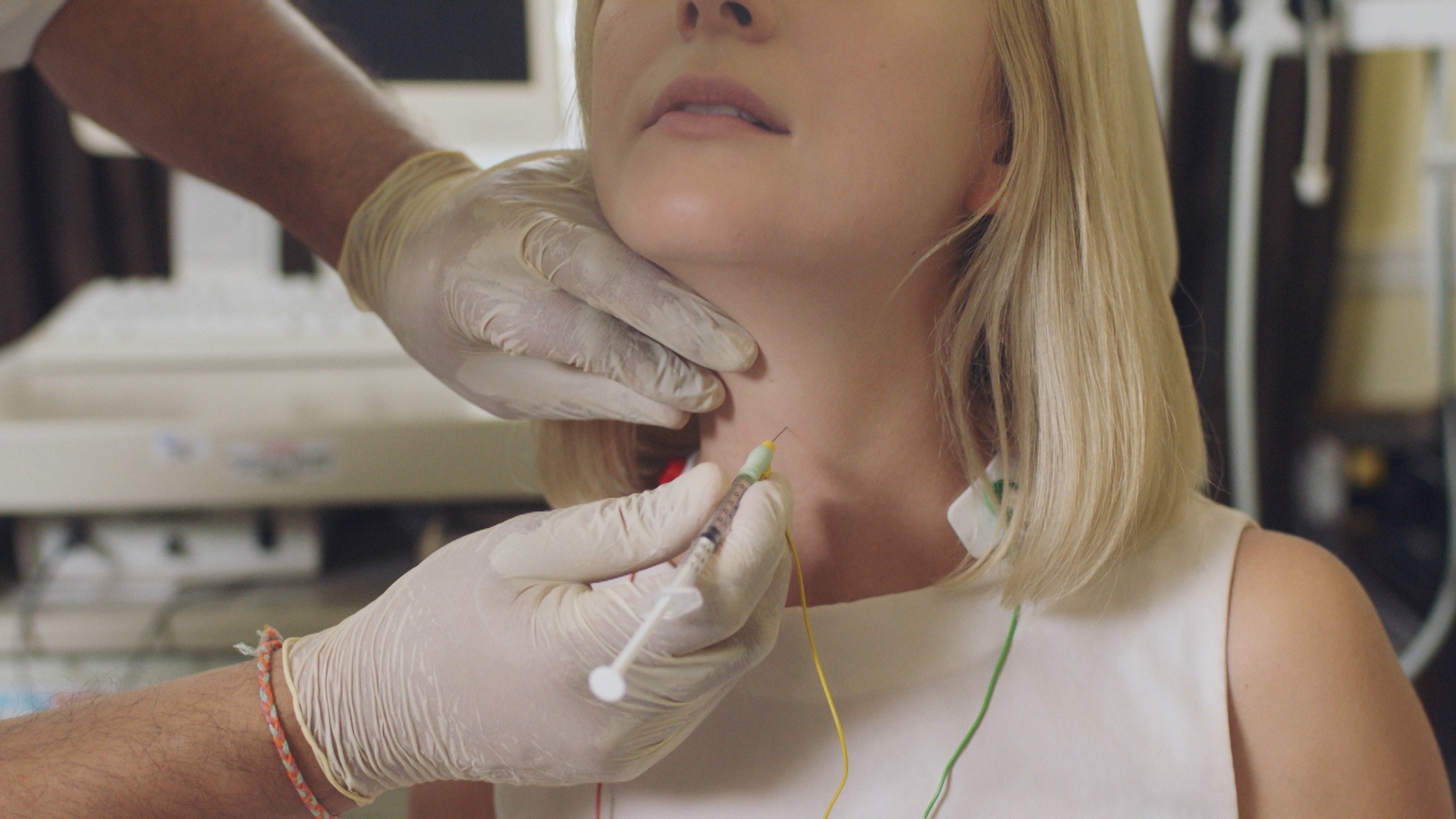 Marianna Simnett, stills from The Needle and the Larynx (2016). Courtesy:
the artist and Serpentine Galleries, London
MARIANNA SIMNETT
SEIZURE
08.02.–26.05.2019

SEIZURE is the first solo exhibition in Scandinavia by Marianna Simnett. In her mesmerising installation Faint with Light and video parable The Needle and the Larynx, normative bodies and genders undergo radical transformations. The artist’s own body, mutated and remodeled, becomes the site in which her hypnotic fantasies are played out.

The exhibition presents two of Simnett’s most arresting works, in which the body either metamorphoses or momentarily vanishes. A seizure, according to the writer and mythographer Marina Warner, describes the effect of the passions on the body. Inner forces such as madness and folly, personified in tragedies of the Greek poet Homer as feminine, snatch and grab the interior of the human creature and take possession. Together, Simnett’s works function as a portrait of an untamed body.

Faint with Light (2016) records Simnett inducing a cycle of fainting attacks through hyperventilation. The sound of her breath is monitored by ultra-bright lights that rise and fall on a twelve-metre screen dividing the space. Simnett’s blackouts provide an alarming soundtrack, alerting us to our most vital bodily function. Intense flashes of light dance to choked gasps for air: an uncomfortable reminder of the fragile border separating consciousness from unconsciousness, life from death.

With this installation, Simnett writes herself into a lineage of performance artists who subject themselves to extreme actions in order to challenge the limits of the body and to test the stomach of the viewer. However, in contrast to the work of artists such as Carolee Schneemann, Vito Acconci, and Chris Burden, Simnett’s physical body is hauntingly absent. We do not see her pass out — instead we witness a never-ending loop of her collapse and revival.

In The Needle and the Larynx (2016), Simnett once again subjects her body to an invasive procedure. A voice surgeon injects Botox into her larynx, which effectively paralyses the muscles responsible for pitch and causes her voice to deepen for several months. This procedure is typically reserved for men whose voice does not deepen after puberty. Footage of the treatment being administered to Simnett is accompanied by a fable about a girl who asks to have her voice lowered and threatens the reluctant doctor with a plague of mosquitoes, should he refuse. The Needle and the Larynx caricatures gender stereotypes and undermines the demands of a repressive society on women’s bodies. Capturing her own experience as a patient, Simnett questions the history and orthodoxies of the medical profession.

About Marianna Simnett (b.1986)
Marianna Simnett lives and works in London. Through performance, video, watercolour, and installation, she challenges how bodies are perceived and imagined. Uncanny narratives display the body as a site of dispute, performing surgical interventions and gestures of collapse and ecstasy.