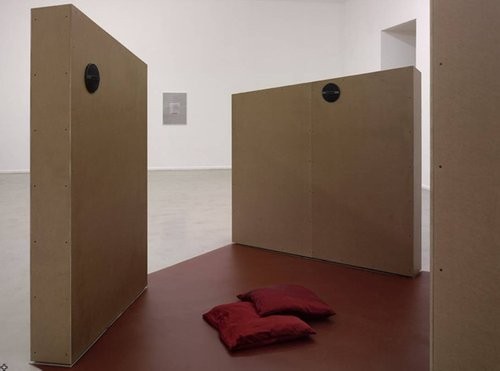 Artistic undertakings are fostered by encounters between individuals. That may well be a cliché but it is an interesting reality worth recalling just the same. The adventure that Ali Akay and I have put together is indeed based on exchange, dialog and curiosity. During my first trip to Istanbul in 2008, I reconnected with Ali, whom I had already met at Crédac in 2004. Traveling with a group of international art critics (AICA) in which he is an active member, he had come to Ivry to discover Laurent Grasso’s first solo show, Radio Ghost.

Four years later Ali invited Grasso, a French artist, to do his first solo show in Turkey at Aksanat, a venue in Istanbul where Ali mounts exhibitions. The discussions Ali and I had led us to stress to each other the importance of the exchanges between our two countries; naturally enough we seized the opportunity presented by the Saison de la Turquie en France (July 2009 to March 2010) to take this Franco-Turkish event as the framework for our own project.

Today Ali is the curator of a show at Crédac. He invited three of Turkey’s most renowned artists to design with him how they would “occupy” the venue.

As Ali points out, “Variations continues, the title of the show, puts in place a piece of collective-design work that nevertheless preserves the personal dimension of each artist’s contribution. Variations continues is a form of organization and creation. Each work is related to the time and place while also taking into consideration the architectural inclination of the space inside and its relationship to the context outside.”.

Ayse Erkmen divides her time between Istanbul and Berlin. Sculpture, installation and film make up this international artist’s body of work.

At Crédac she has taken on the space’s “famous” architectural reiterations, proposing on-site installations in wood or steel that run through several of the venue’s galleries and which visitors are invited to experience for themselves.

Like many foreign artists, Ayse first encountered the venue through the Internet. Discovering our interface, she was struck by the identity of our site and is presenting a film that echoes the site and the four parts of Crédac’s fragmented logo.

Seza Paker divides her time between Paris and Istanbul. In her protean work, which includes installation, drawing, performance, video and photography, one piece runs into or overlaps the next formally.

Her project for Crédac’s main gallery is a sound sculpture called LAK7DE16A. Taking the graphic motif of the bar code as her starting point, Ms. Paker has tried to fashion a symbolic transcription of it for Variations continues. Füsun Onur, an artist from Istanbul who began doing art in the 1960s, produces paintings and installations that employ a wide range of materials.

For the Crédac show she is pleased to present Applications Esthétiques (Aesthetic Applications). To create the geometrically shaped paintings of this series, the artist uses pieces of fabric in a range of colors. Shriek, another work on display, is a silent installation made up of different-colored pieces of cloth hanging from a bell that cannot be rung.

In March 2010 it will be my turn to serve as a guest curator. I will be mounting a show with Lara Almarcegui, Jordi Colomer and Guillaume Leblon at Aksanat as part of our Exchange.