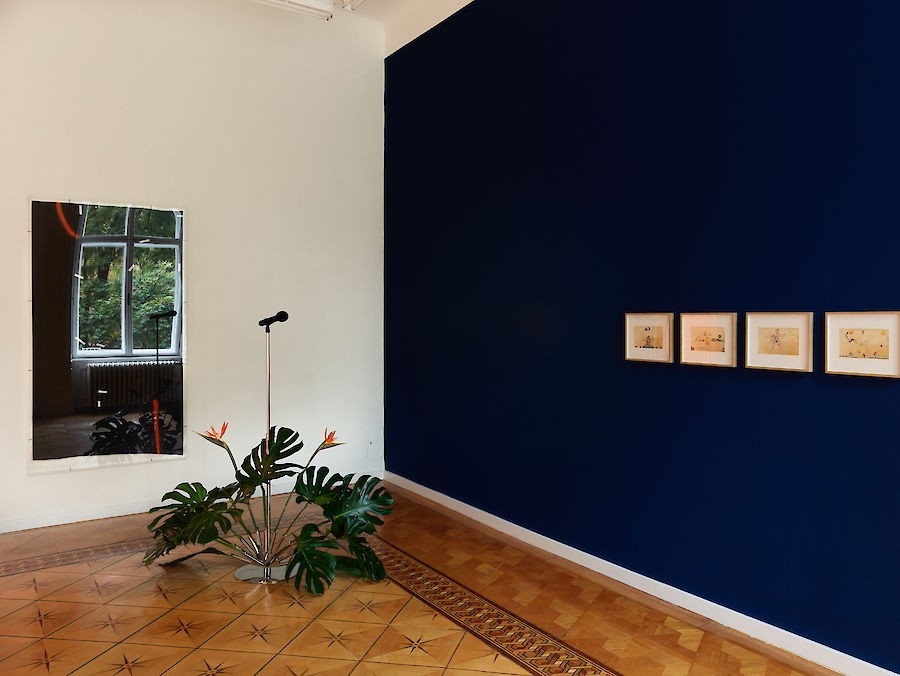 
It will never rain; we feel bad about certainty. It’s a fine flowing haze; we don’t know light. It’s a tear-jerker; we practice in attics. It’s almost horizontal; we seem to go into words. It’s an outcropping of cumulus; we are a sum of inescapable conditions.1

Written in 2001, Lisa Robertson’s poem The Weather attempts to articulate an erotics of sincerity through weather descriptions. ‘The weather’, she writes, ‘is a stretchy, elaborate, delicate trapeze, an abstract and intact conveyance to the future which is also now.’ The climate is read and written, it is recorded and forecast – it is, in effect, a way of talking about the shared spaces of life itself, of constant change. The Forecast brings together a group of artists exploring the public spaces created by language as a form of climate, which can direct and form events, which take place like the weather. The exhibition also takes place during in a year in which political language has begun to arrive erratically, creating a climates of uncertainty and violence, whilst doing damage to language itself. As Masha Gessen describes, word-piles of autocratic language, in which words are pulled away from their meaning fill the space with static. ‘This is like having the air we breathe replaced with carbon monoxide. It is deadly.’

From forecasting to prophesy, from speech acts to legal documents, the artists in the exhibition are attentive to the production and destruction of climates such as these. Prophets shout predictions from the sky, moved by a Cassandra-like rapture, whilst ancient forms for reading the world through word and image are reanimated. Language becomes a character who can speak for itself about its current predicaments, hopes and fears, whilst lost textual forms or fonts might be resuscitated and have life breathed into them by bodies who carry them through the city. New names for seasons and weather conditions might be established for digital spaces in which there is currently no weather, whilst event reports might arrive for an event that is yet to take place. The Forecast, is, in addition, a consideration of animation in general, and of our changing relationships to life and liveness in the current moment. As such the works in the exhibition are also concerned with the pure abberrance that is both life and weather, and so includes a number of live elements such as sound, performances, light changes and readings, to draw attention to the shared climate created by the artists in the exhibition, who share space with one another, and to agree to be animated by one other.