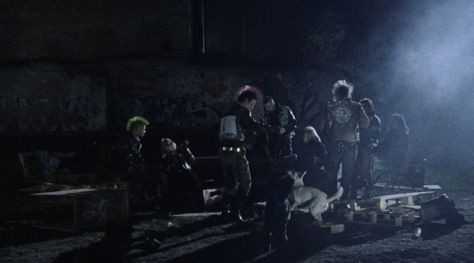 Annika Eriksson is a pioneer of the early 1990s artistic tendency of putting real situations and social interaction into the center of project-oriented and performative art. Eriksson is known for initiating everyday situations, collective actions, and presentations that are manifest in video or film installations and as photographs in the exhibition space. The participants, or rather those who are portrayed, act within an artificial and playful frame provided by the artist, in which the ‘free speech’ of each action takes possession of the exhibition space in a largely autonomous manner. With minimal technical efforts, long takes, and a fixed camera, the filmic works mark out a transparent line of separation between documentation and staging, between reality and fiction, simultaneously playing with the idea of the group portrait, from August Sander to today’s obligatory I.D. photos of company employees.

For a long time now, Eriksson has concerned herself with the notion of work and ‘working-worlds.’ Be it staff interviews with the workforce of various international museums, an insurance firm in Munich, or a research and development department of VW in Wolfsburg, she lets each worker have their own say and reveals thereby relationships between the individual and the corporation, the social interaction of the workers – often with the view into each company’s architecture as well. At the same time, Eriksson’s sociological evidence itself (without any direction from the artist) points out certain social upheavals and increasingly depleted social contexts.

Many of Eriksson’s works which concern the public and urban space mirror social processes and radical changes likewise. Here differences in types of social interaction, in ideas of the collective, and in the varying conditions of consciousness of people become evident. Since the year 2000, Eriksson has employed video to document various activities and situations taking place in the public space (‘People in Public Spaces’) thus, presenting social reality in the manner of a readymade. Recently, Eriksson focused more on methods of staging and storytelling, for example, in the three-part film series and site-specific installation about Regent’s Park in London called ‘For the Wealthy and the Good’ (2008).

At the daadgalerie Eriksson will be showing the new work, “Wir sind wieder da” (We are back again), which has an indirect relationship to the city in which it was produced: Berlin. In the middle of an empty plot of land, Eriksson staged a ghostly tableau vivant, which will be displayed in the daadgalerie as a film installation. The film consists of three slightly varying long takes of a nightly scene, a group portrait of punks and dogs. The minimal action of the film and the punks’ interaction with each other demonstrate a particular social belonging to a timeless micro- or subculture. On the other hand, the overall picture marks out a blank space or vacuum in a time of upheavals, a condition which contains fragments of the past as well as traces or hints of a not yet arrived future. The transition period is emphasized by cross-cuts of a subway ride through shutdown subway stations in East Berlin during the time of the GDR.

Annika Eriksson was born in Malmö in Sweden in 1956. In 2002/03, she was a guest of the Berliner Künstlerprogramm/ DAAD. In addition to the solo exhibition “Wir sind wieder da” in the daadgalerie, new works of Annika Eriksson can be seen in the exhibitions “Squatting/Erinnen, Vergessen, Besetzen” at Temporary Kunsthalle, Berlin, and in the exhibition “Hey We’re Closed!” at the Hayward Gallery, London. Furthermore, she had recent solo-exhibitions at the Kunstnernes Hus Oslo, at the Konstmuseum Malmö, and at the Cubitt Gallery, London, among others. Annika Erisson has realized numerous projects and commissions in the public space, for example, for the Arnolfini in Bristol (2009), for UP Projects in Regent’s Park in London (2008), for Mobile Art Productions, and for the Tensta Konsthall in Stockholm (2008), for Platform Garanti in Istanbul (2007), for IASPIS at the Biennial in Venice in 2005. Eriksson took part in numerous international group shows, recently in “Schazam” at GerhardsenGerner, Berlin (2010), “Code Share” at CAC Vilnius (2009), “The Greenroom” at Bard College, New York (2008) and participated in the Sheffield Biennale (2008).
www.daadgalerie.de