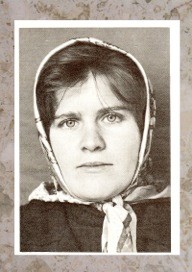 For his video films James Richards helps himself to the abundance of existing sources that he finds on the Internet or on second-hand VHS cassettes from junk goods baskets, flea markets and estate sales. The collection of disparate video material that he has assembled in this way ranges from feature films. YouTube clips, and obscure B-movies, to other unexpected motifs. The video collages of James Richards reject conventional patterns of completeness or linearity and instead rely on the emotional pull of the suggestive power that develops as a result of the combination of images, music and language.

Mercy Mercy Mercy is not one of James Richards’ art works: it is a video program compiled and edited by the artist featuring works by mostly British pioneers of video art. Parallel to working on his own films, Richards draws inspiration from collaborations with other artists, his interactions with contemporary art and recent art history, and from curating film programs and exhibitions (most recently, the Alms for the Birds exhibition, Cabinet Gallery, London, 2014). His various activities thus become an essential part of his work and research process.

The screening Mercy Mercy Mercy brings together a selection of works that deploy deliveries of text, words, and various electronic and physical interruptions as material. The texts are often disturbed by their processes of embodiment and delivery and a kind of concentrated tension pervades.

The core of the program consists of the works by the pioneering English video artist, curator and theorist Stuart Marshall, a committed advocate of British video art and queer identity throughout the 1970s and 80s before passing away prematurely in 1993. His videos and writing were amongst the first to explore the relationship between video, television and other media, in both highly spare formal pieces and later more overtly political ones exploring the representation of people with AIDS in the media.