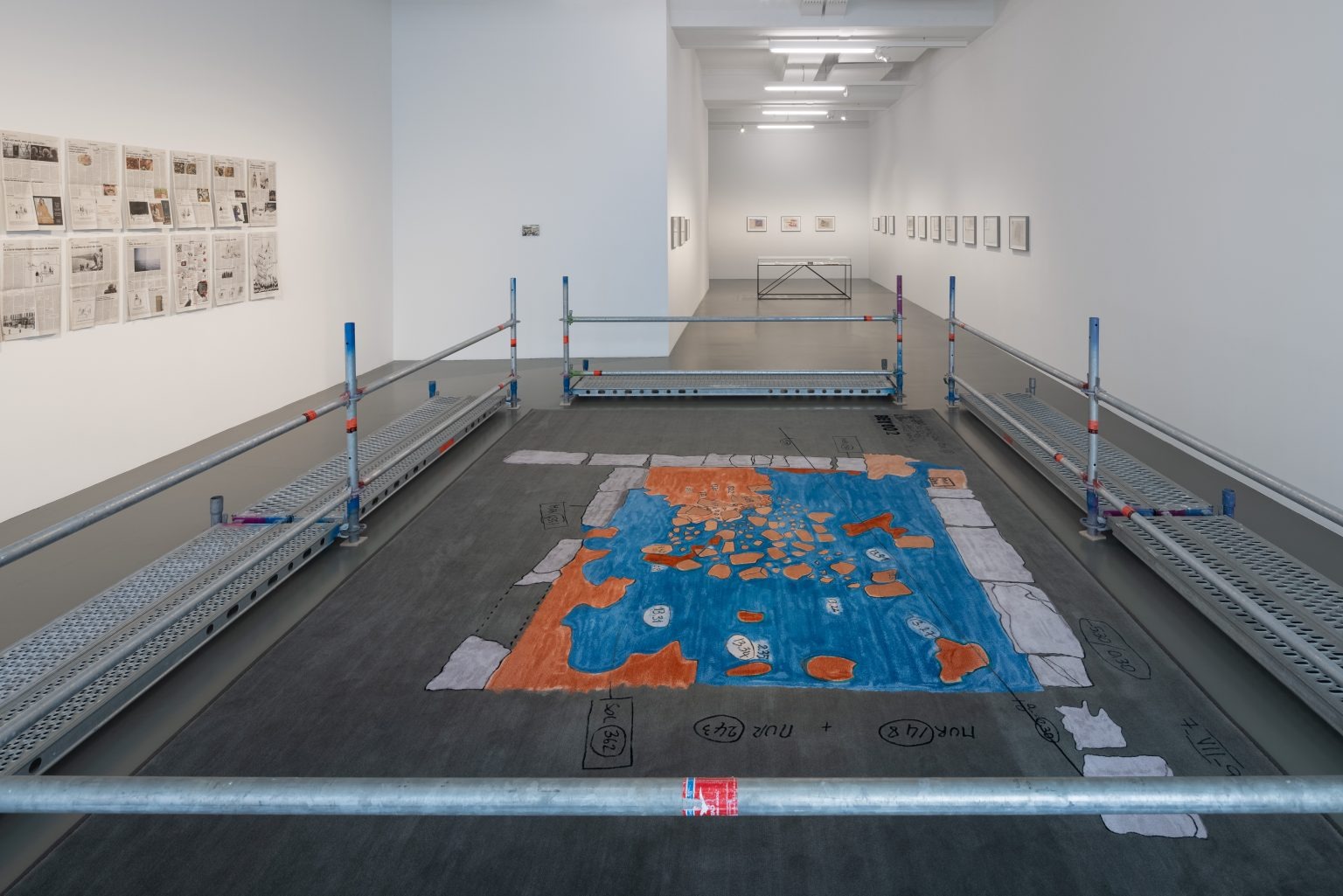 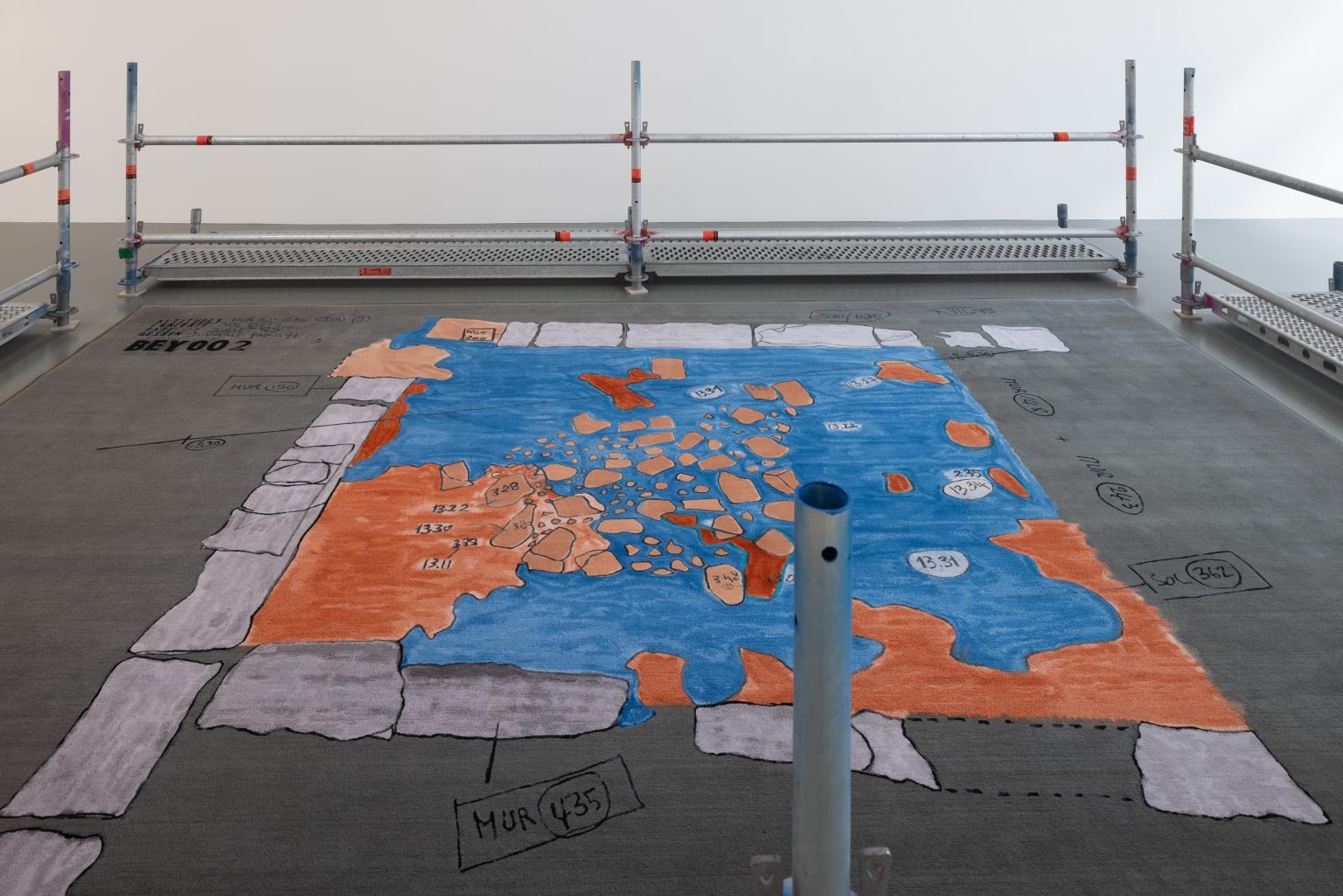 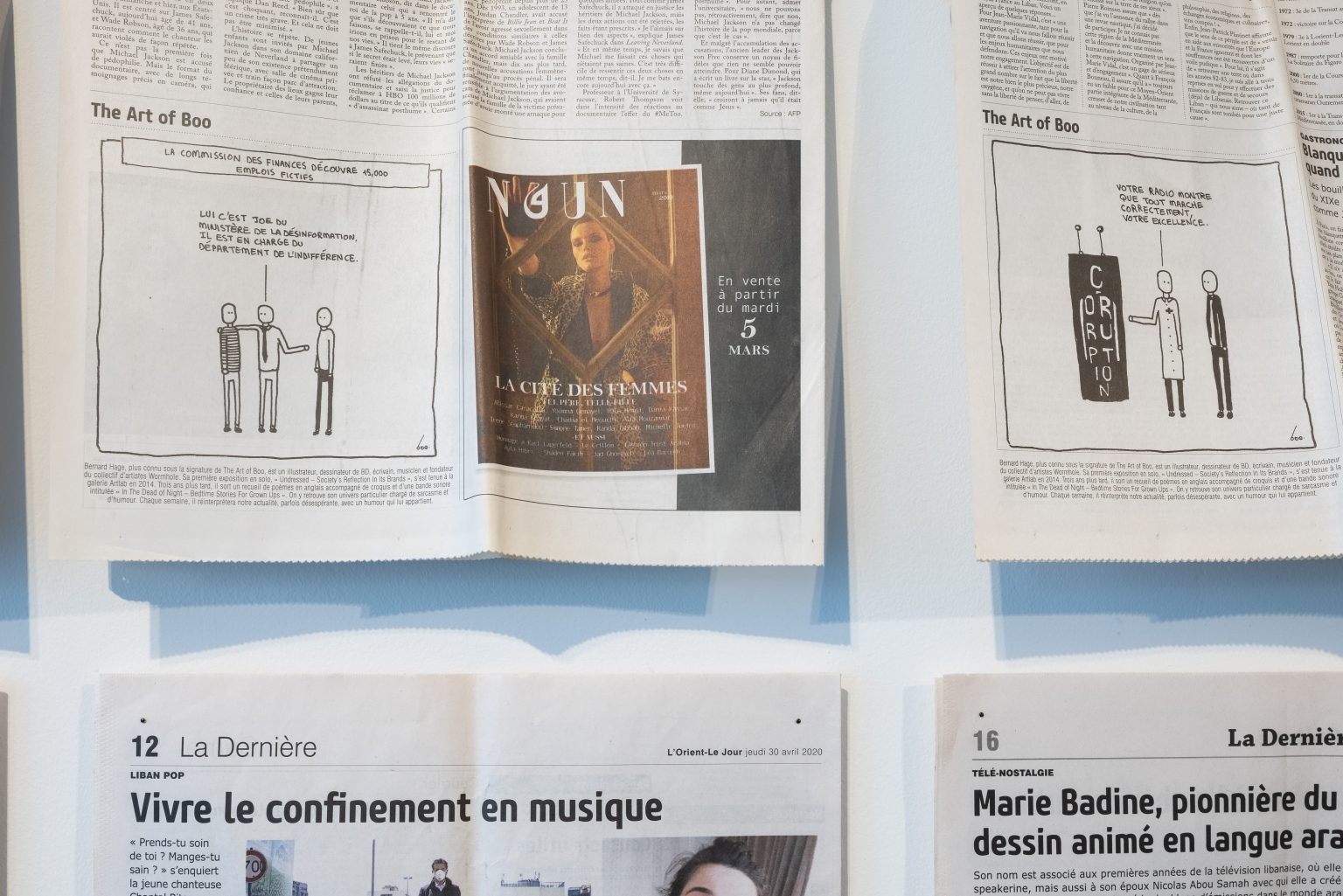 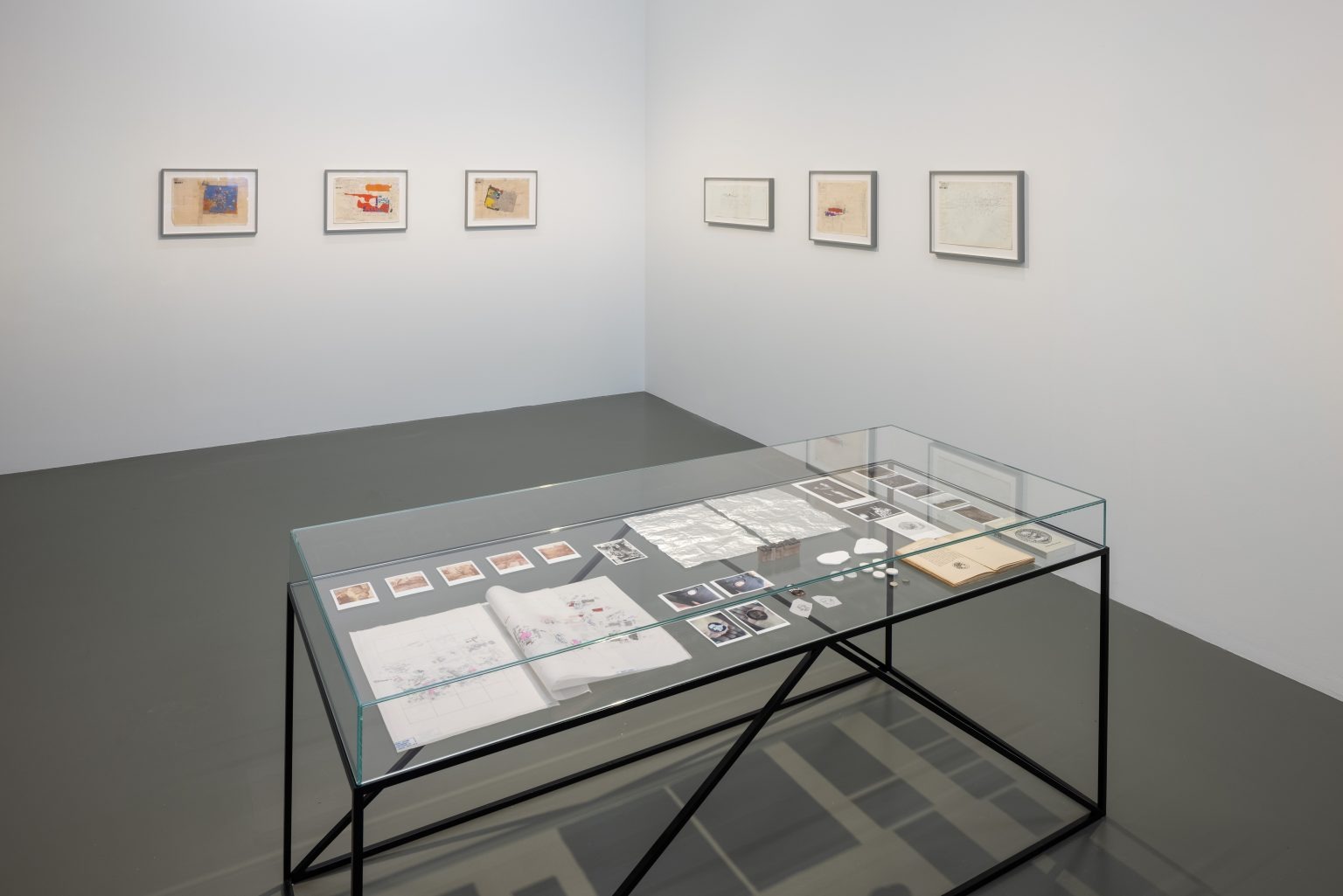 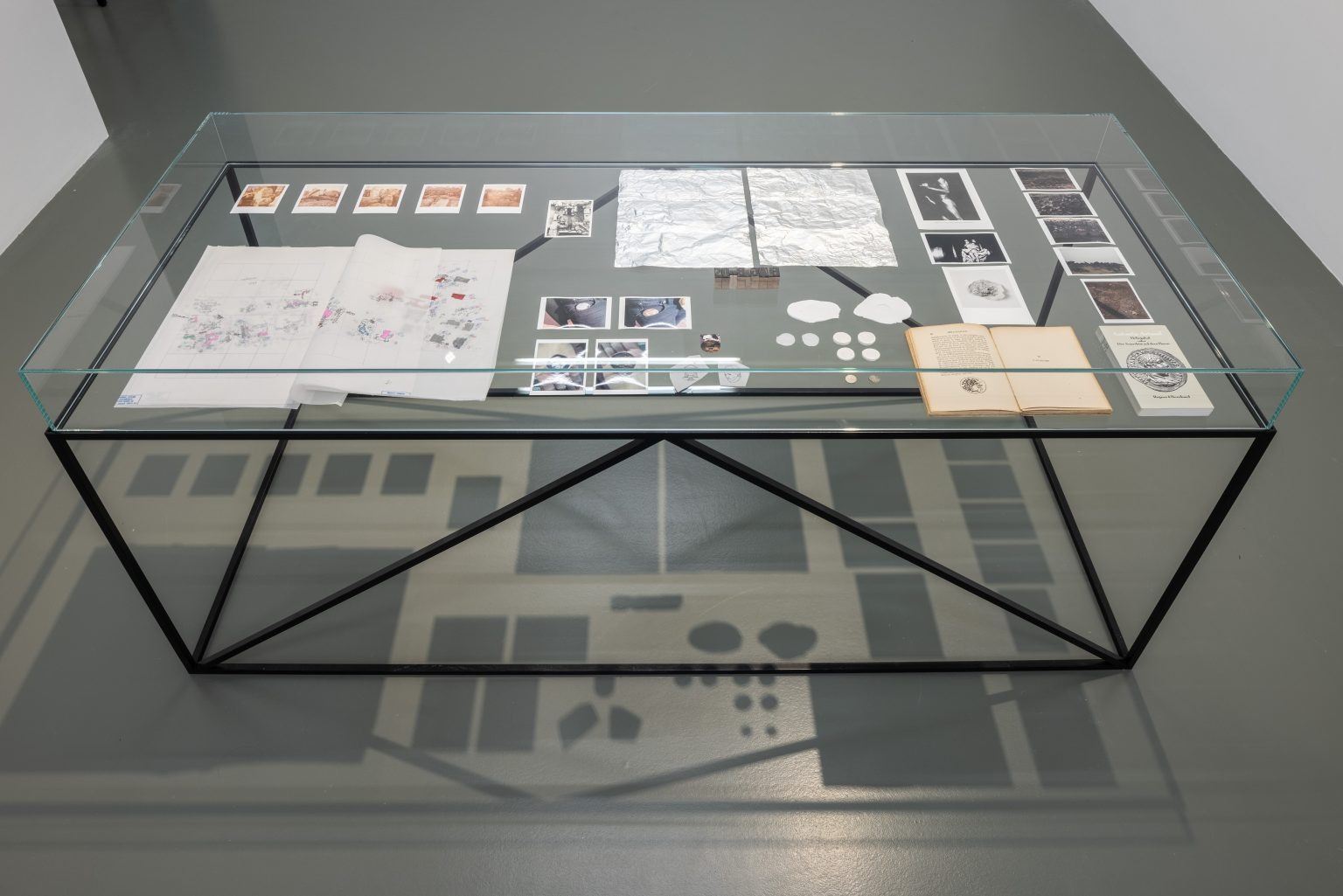 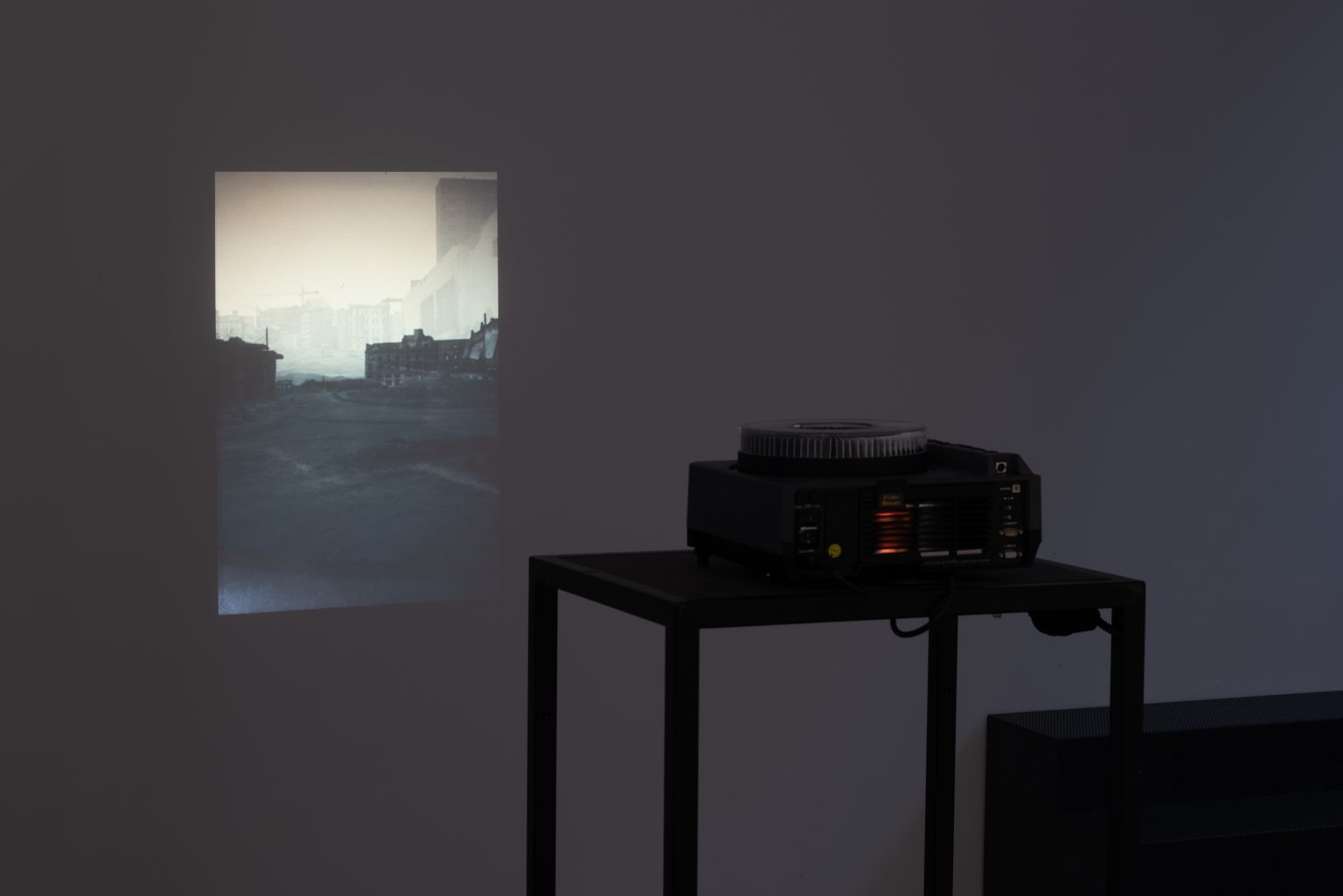 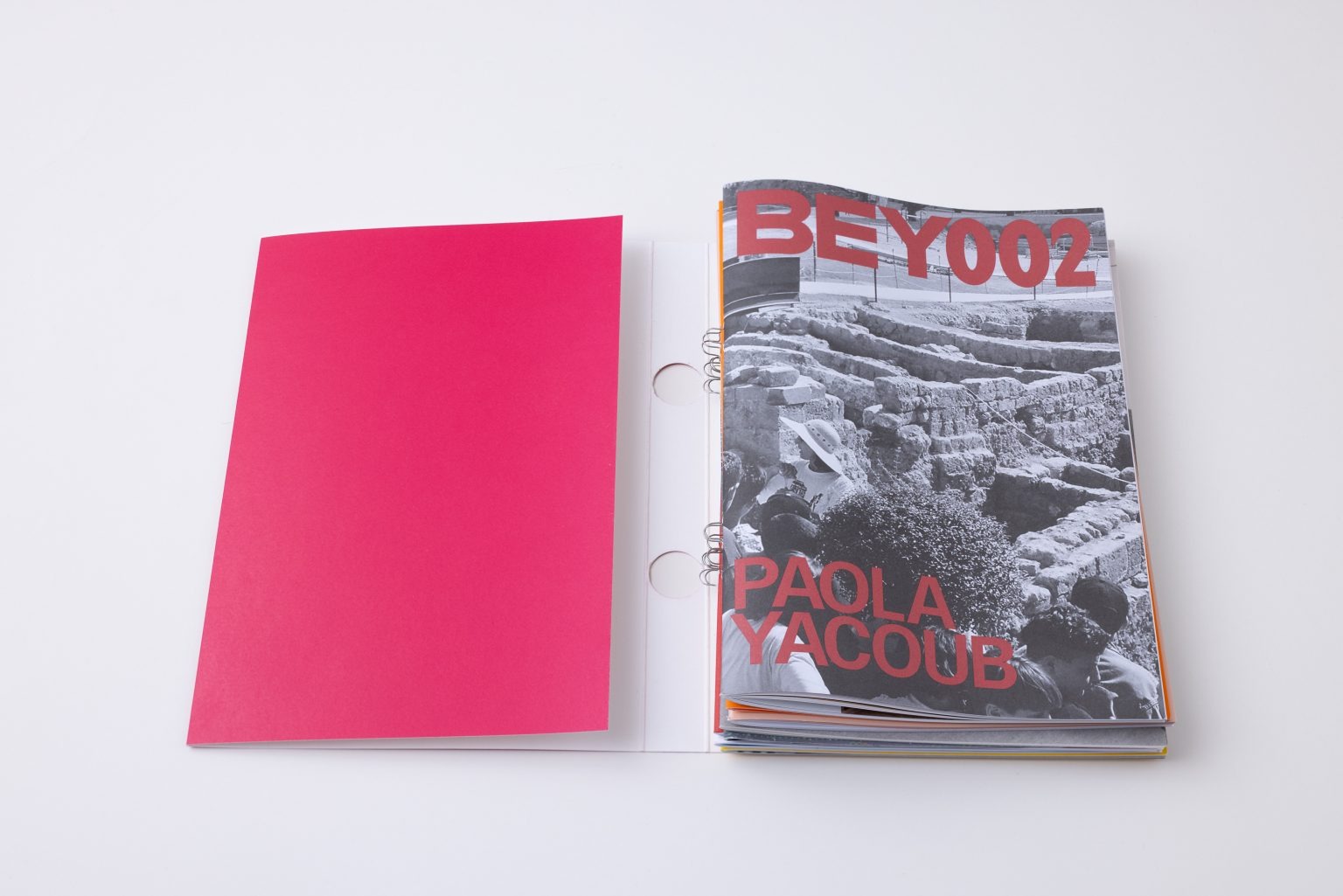 Ring binder with exhibition booklet. Design: Studio Manuel Räder
The focus of Paola Yacoub’s artistic investigation in the exhibition BEY002 are the archaeological excavations that have taken place in the center of the city of Beirut from the 1990s to the present day. Having worked on this site as an architect for the Institut français d’archéologie du Proche-Orient from 1995 to 1999, Yacoub experimented with different surveying and recording methods – drawings, photographs, texts, and historical research – and concluded the process of this long-term investigation in 2019 with her textile piece BEY2002.

This work forms the centerpiece of the current exhibition and is based on a drawing Yacoub made of a detail of the excavations in Beirut. The original document has been afforded a new status in the form of a large carpet, which was produced in collaboration with the artist at the Manufacture nationale des Gobelins, a historic tapestry factory in Paris, between 2013 and 2019; above all, this undertaking involved analyzing the color code Yacoub had developed specially for her drawings and applying it to the wool-dyeing process.

Through the dialogue between the displayed objects, the presentation calls attention to attributions that are conferred automatically on the basis of technical know-how or professional expertise, and are often reinforced by political and colonial power structures. At the invitation of Paola Yacoub, the artist The Art of Boo has contributed political cartoons to the exhibition at the daadgalerie; these offer a contemporary perspective on the situation in downtown Beirut following an explosion in August 2020 that destroyed large parts of the city center and led to an ongoing crisis in the country.

Paola Yacoub currently lives and works in Berlin. Together with Michel Lasserre, she was a fellow of the DAAD Artists-in-Berlin Program in 2004.