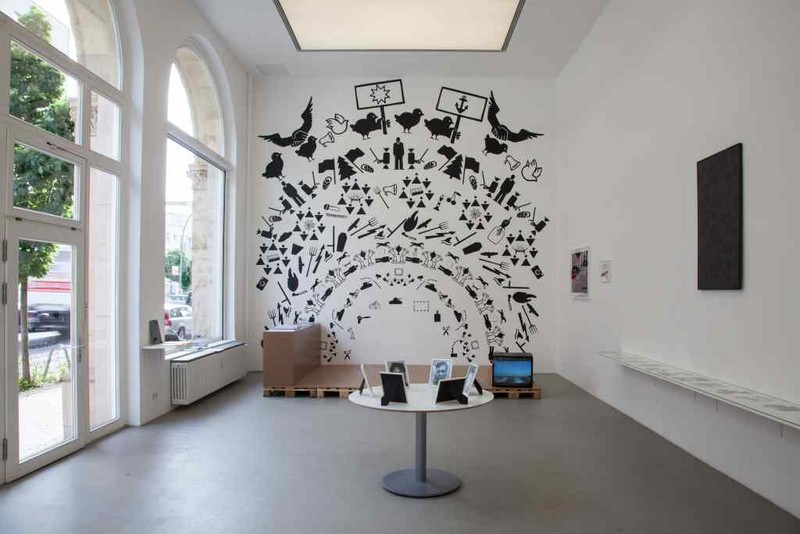 In view of the current political situation in Ukraine, the daadgalerie presents The Ukrainians, a group exhibition and series of talks bringing together visual artists and writers of different generations and contexts whose work is closely intertwined with their political involvement. The exhibition aims to add the perspectives and means of expression of visual artists and writers who are directly affected by the current events in Ukraine and in some cases activists themselves to the controversial debate that has been going on in the media for months and to the many expert talks on the situation in Ukraine. The pieces they created within the context of the protests on Independence Square in Kiev confront previous pieces that, in retrospect, seem to anticipate the current crisis.

In a series of panel discussions former guests of the DAAD Artists-in-Berlin Program such as Boris Mikhailov, Serhij Zhadan and Juri Andruchowytsch and artists from Kiew and Charkiw will discuss artistic interventions during the Maidan protests and in Eastern Ukraine as well as new forms of the documentary and aspects of the Ukrainian cultural and linguistic landscape.

*In 1990, the British band The Ukrainians was formed by members of the band The Wedding Present after a recording session with British DJ John Peel. In 1991, The Ukrainians released their first EP entitled Oi Divchino (My Sweet Girl). The band filmed the video for the title track in Kiev in 1990, making it the first video to ever be recorded in its entirety in Eastern Europe by a Western band
www.daadgalerie.de