As for the Future 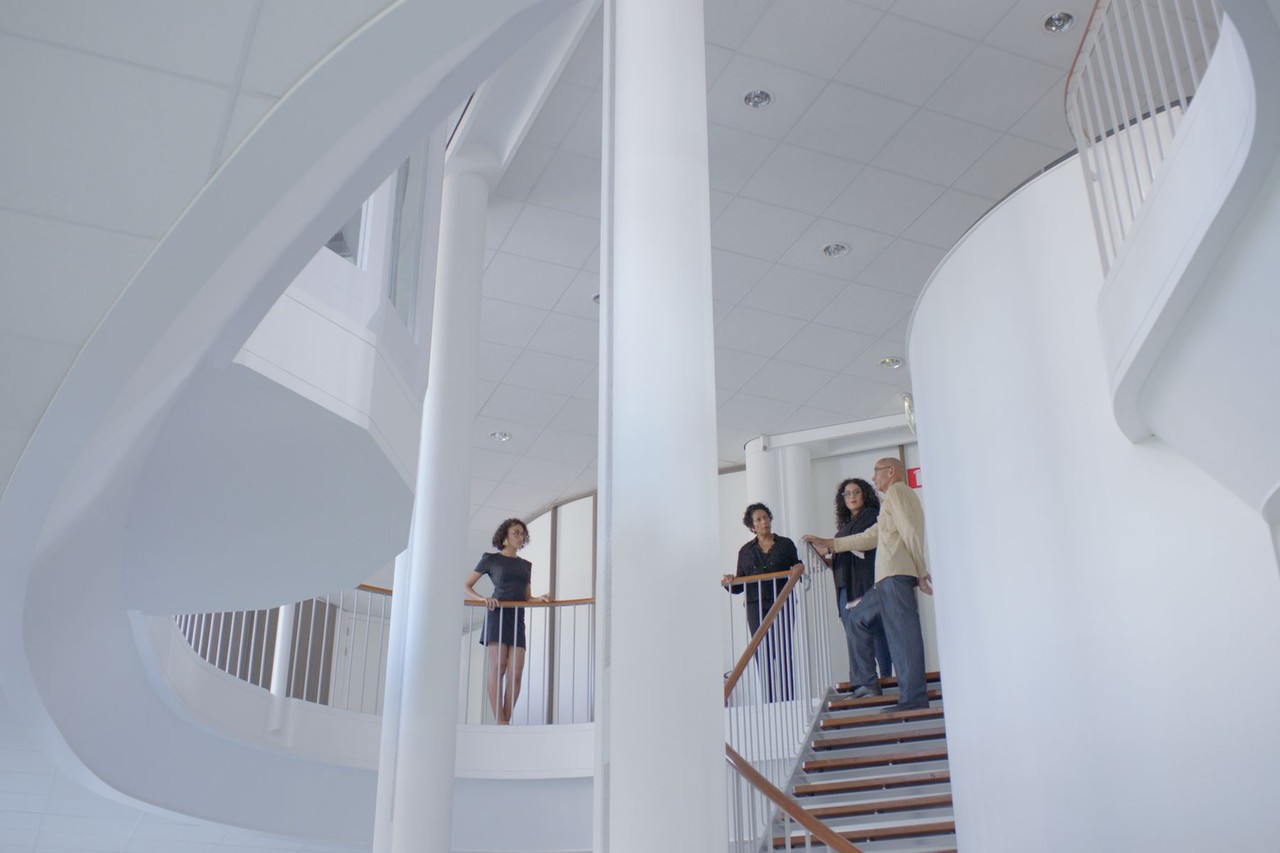 Wendelien van Oldenborgh’s extensively researched film projects take specific situations—historical or otherwise—as departure points in order to reveal social conditions through focusing on relations and gestures in the public sphere. The cinematic format is used as a methodology for production and as the basic language for various forms of presentation. An important stage in the work is the active and often public film shoot, in which participants co-create the script in an event of live performance and exchange.

With the exhibition .As for the Future. daadgalerie and Wendelien van Oldenborgh present two film projects based on encounters initiated by the artist between activists and public personalities from different generations and social backgrounds. The two-part film installation, Prologue: Squat/ Anti-Squat (2016), which will premiere at daadgalerie, is a filmic exploration of the Tripolis office complex in Amsterdam (1990-94), a late design by Dutch architect Aldo van Eyck, which is still largely vacant today. Van Oldenborgh invited protagonists from different activist groups to meet in this setting for an informal dialogue about housing concepts and social belonging, parts of which are presented in the film. Aside from architecture, the conversation focuses on living spaces and the history and current practice of squatting and some of its lesser-known aspects. Some of the subjects discussed include the actions of squatters of Dutch-Caribbean origin in the 1970s, as well as recent occupations by migrants with no official status.

Prologue: Squat / Anti-Squat (2016) is part of the project van Oldenborgh developed for the Dutch Pavilion at the Venice Biennial 2017. It was produced in cooperation with Al Ma’mal Foundation for Contemporary Art, Jerusalem Show VIII: Frontier Imaginaries, the DAAD Artists-in-Berlin Program and the Mondriaan Fund.

For Bete & Deise (2012), the second film installation in the exhibition, van Oldenborgh initiated an encounter between two women in an unfinished building in Rio de Janeiro. The telenovela actress Bete Mendes and the Baile Funk singer Deise Tigrona are, in their own way and as part of their own generation, two prominent public voices in Brazil. They describe their lives and their public roles and, in the process, allow contradictions to come to the surface.

The exhibition’s title, .As for the future., comes from Brazilian writer Clarice Lispecto, an important reference for van Oldenborgh. It is one of many possible titles for her novel The Hour of the Star (1977), an experiment in writing that examines powerlessness from two perspectives: that of the narrator and of the novel’s main character he describes.
www.daadgalerie.de