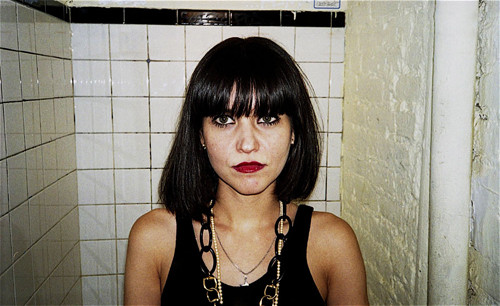 David Hockney once noted, a little archly, that the time one spends looking at a photograph is roughly equivalent to the time it took to make it: that is, an instant. This observation tends to be all too often true in an environment where photography's glorification of the day-to-day-banal has become mainstay in magazines, galleries and museums. The vogue for seemingly genuine - but clearly faux - naïve imagery has started to reduce the great tradition of diaristic photography and self-reflexivity to a pastiche of poses, lack of skill and aesthetic decision, all masquerading as authenticity. As with any trend, though, the flares of intelligence and sincerity that work against it, that attempt to restore a sense of real urgency and vitality to the medium, stand out in sharp relief. Sunny Suits' upcoming exhibition at Daniel Reich Gallery, The Wild Heart, intrigues precisely because it chooses to shift away from the disposable and the anonymous, away from the lowly instant, and instead gives us images that invite, and truly reward, sustained consideration.

Titled after 1983 album by Stevie Nicks, Suits' boldly lays down her trajectory for us with allusion to survival, learned experience, intimacy and emotional instinct. Embedded in the title, too, are suggestions of deviation, or perhaps even an awareness of the conventions that she's about to bend. The fleeting, random snapshot has been done away with in favor of forging an ongoing engagement, one that ultimately provides us with a study of the profound affinity between photographer and subject, and the suggestion that real emotional stakes might be involved. As the exhibition interchanges between classically noir glances of a woman in a Parisian café, to the smolderingly self-assured stare of the boy simply identified as ‘Ian’, we are compelled to accept that these may indeed be the wild hearts alluded to in the title and not merely a parade of anonymous models selected for their beauty or cache. By titling each portrait series with a person's name, Suits further endeavors to give us an in-depth view of her subjects by creating ‘chapters’ for each of them, allowing their complexities to emerge more fully in the context of their own subtly implied narratives.

But if The Wild Heart could simply be read, or reduced, to being one person's chronicle of close friends and lovers it would ultimately feel impenetrable to us, perhaps even disposable. Like a found diary, it would have all of the titillation of a private life revealed (and there's certainly more than a mere streak of eroticism running throughout), but an excised page from a diary couldn't stand up to a close assessment of its aesthetics or intent; it would fall apart if it was judged solely on the merits of itself as a freestanding work. Whether or not Suits has specifically contemplated this we cannot say, but her eye is meticulous and we find that if we excise any print from the context of the show it maintains its autonomy. Each photo has its own self-reliant radiance, and embedded in its palette and framing is a profundity that reaches well outside of its context. Consider the gender flip that turns Laurence - petite mort into Michelangelo's Dying Slave, the chiaroscuro at work in Anthony sitting, L'hotel, or the uneasy childhood mix of delight and danger in Lucien swimming.

By examining the individual pictures more closely it becomes apparent how rare it is to see someone in a Suits' picture confidently playing up to the camera, or how striking it is when they do. What we find more often is, paradoxically, more rare: those flickering moments of self-awareness, when the camera, or perhaps even the scenario of someone “taking a picture”, somehow drops out of the equation. The careful composition erases the notion that we are looking at a simple snapshot, and yet even when Suits' friends are clearly observing her, their acknowledgement of the camera somehow seems to disappear and what we are left with are these strangely pure slices of self-consciousness, unconsciousness, ghostly-stares, eyes ringed narcotic red (maybe grief?), glances of sheer joy, or awe. We also see them asleep, embracing, unguarded. It's specifically these moments, in which her subjects are looking inwards and outwards at the same time, that their ties to the photographer, and her own narrative, start to become even more intricate.

To leave the works for a time and later return to them yields another peculiar quality of Suits' oeuvre. It appears as though images have been contemplating themselves in our absence. To see the work with a renewed glance is to find that Suits' subjects seem to have dropped some of their veils while raising new ones. The interiors that punctuate the portraits, the homemade altars and pots of opium tea step in to intensify the portraits further - a distant gaze may now be read as a look of precarious enlightenment or premeditated detachment. It becomes clear to us that we can never fully know the world described by Suits' The Wild Heart, or really even start to guess about the complexities of the lives contained therein, but it is precisely at this point that a new, unforeseen picture emerges, one that is every bit as rewarding and confounding as the individual shots themselves - a self-portrait of the photographer, refracted over and over, through the eyes of her milieu.
www.danielreichgallery.com