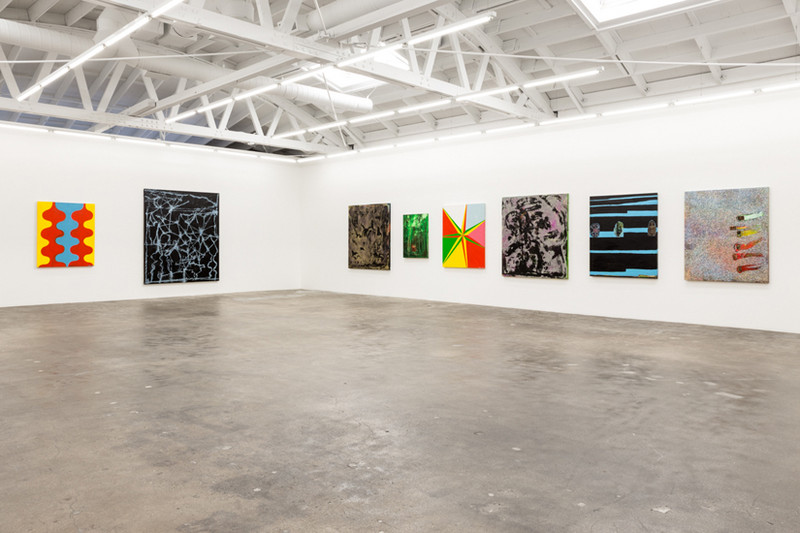 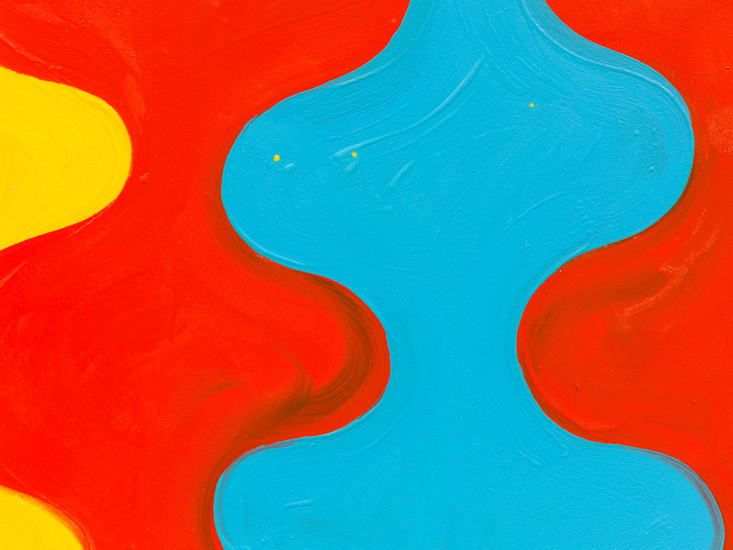 David Kordansky Gallery is very pleased to announce an exhibition of new paintings by Chris Martin. The show will open on September 21 and run through November 9. An opening reception will be held on Saturday, September 21, from 6:00pm until 9:00pm. This is the artist's first exhibition at the gallery.

Chris Martin is a key figure in contemporary American painting, and an abiding influence on a generation of younger artists. Since the 1980s he has created an expansive, open-ended, and constantly evolving body of work that eschews limits of every kind. His experiments challenge established ideas about physical scale; about the roles played by mediums, materials and techniques; and more broadly about what a painting is and how it functions as endeavor and artifact. But equally important are the ways in which his experimentation––and the abstract geometries and visual rhythms it engenders––permits access to unexpected spiritual and psychological dimensions, so that seeing can foster intimacy with the unseen.

In this sense, Martin's work exemplifies a ritualistic approach to painting as a category of human endeavor, and intersects with a surprising array of cultural antecedents from many disciplines (including seemingly 'outsider' practices and religious iconographies). It also suggests that abstraction in painting is not necessarily part of a linear evolution of forms and intentions, but rather participation in a much broader activity comprised of Western and non-Western traditions alike. The abstract expressionists are important forebears, of course, but so are figures like James Brown, Forrest Bess, and Alfred Jensen, whose names have made recurring appearances in the work.

The current exhibition features several different typologies. Prominent among them are the glitter paintings that have become a major focus for Martin in recent years. Layers of oil or acrylic paint are applied to canvas, followed by layers of holographic glitter, resulting in a deep, complex visual field that appears to be both representational and just beyond the grasp of standard perception, a constantly shifting landscape of the mind. In a new development, Martin has begun to trace marks in the glitter, pushing it aside and revealing fragments of the paint underneath. Because many of these marks are made using his own body, the 'windows' in the glitter are often shaped like the artist's open hand or closed fist, lending the work a primal immediacy.

In a painting called Mwandishi, meanwhile, collaged images of jazz musicians (the title refers to a record by Herbie Hancock) have been dragged through the glitter layer. The comet-like trails of paint left behind them create a vertiginous play between positive and negative space, one made even more rich because the images themselves remain as remnants of the process. Collage and appropriated imagery play important roles in Martin's work––paintings in the show make use of a host of non-traditional materials, including vinyl records, stuffed lobsters, printed fabrics, and slices of bread. Still others rely only on painted images, but are centered upon forms like pointed stars and boldly colored, plant-like patterns that the artist has revisited continually over the years.

These objects and forms serve as bridges between the otherworldly, psychedelic, and shamanic power of the compositions and the materiality and popular (even populist) accessibility of everyday life. They also help create the sense that the paintings, as a whole, are illustrative of a world that derives equal pleasure from its outward as well as its latent manifestations. This points to the generosity that permeates Martin's practice––indeed, many works originate as homages, however idiosyncratic, to other artists, or as commemorations of the energies surrounding a particular time in a particular place––and speaks to the fearlessness that makes each painting feel like a leap into the unknown.