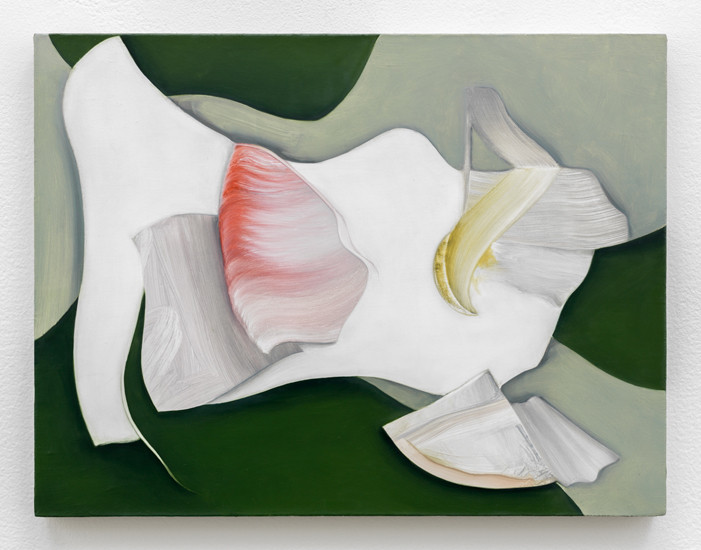 David Kordansky Gallery is very pleased to announce an exhibition of new work by Lesley Vance. The show will open on November 1, 2013 and run through January 4, 2014. An opening reception will be held on Friday, November 1 from 6:00pm until 9:00pm.

Over the last few years, Lesley Vance has created an increasingly distinct vocabulary of forms, drawing from lineages of both abstract and representational painting. Though the works are, in the end, abstractions, they also make clear their relationship to the physical world. This is partially due to a process that allows Vance to structure her observations in the studio and simultaneously develop a wide array of formal responses to them. She treats the paintings and watercolors as discrete objects in and of themselves, independent of source material. Pigment and medium are utilized in a way that allows them to reveal their own materiality, as well as the ways in which they generate illusionistic effects to produce a peculiar and specific atmosphere.

Vance's newest paintings are filled with particularly indelible imagery, made up of strong lines and high contrast passages. In addition, her palette has grown more diverse, with each painting asserting its own specific moods, suggesting expansive spaces and dramatic shifts between forms. Accordingly, the work has begun to evoke the luminosity of exterior landscapes––particularly those of the West––and therefore intersect with the multi-valent history of abstraction in American modernism, in which non-objective and figurative tendencies coalesce.

Related advances can also be seen in the latest watercolors. In some of these, as in the new paintings, prismatic arrays of interlocking shapes provide alternate ways of tracing the movement of Vance's hand. They exemplify her ability to construct and dismantle a given form with a single gesture, or to render intimate spaces that function like open ones (and vice versa). Regardless of its physical dimensions, the work communicates a sense of scope that goes beyond notions of size. What is at stake, rather, is the possibility for painting to inscribe itself in––and amplify––the lyrical and poetic qualities of visual experience.