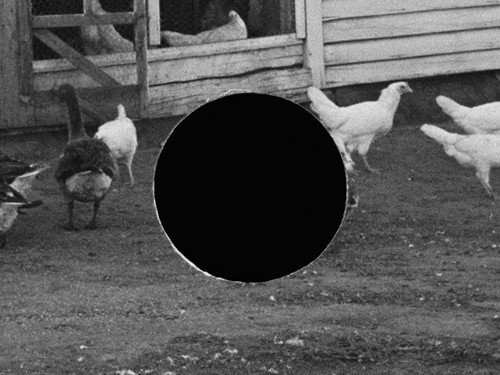 "The inertia of habit gives way to an urge towards some sort of adventure, some sort of collective enterprise, to a sense of dangers and opportunities equally shared. It will perhaps be said that it represents a kind of complicity. For this very reason we have no reservations about declaring ourselves here and now the accomplices of René Magritte.”
-Paul Nougé

“So, he goes, walks and searches. What is he looking for? Most certainly: this man, such as I have portrayed him, this hermit, so gifted with an active imagination, who always travels through the great human desert, pursues a higher goal than pure leisure, a different, more comprehensive goal than the fleeting pleasure of the moment. He is in search of that certain something, which I allow myself to refer to as modernity; He is intent on releasing from fashion whatever is poetic from what is historical and eternal from what is ephemeral.”
-Charles Baudelaire

David Kordansky Gallery is pleased to present the work of Matthew Brannon, Marcel Broodthaers, James Lee Byars and William E. Jones. The opening reception will be held on Friday, May 8th from 6 to 9pm, and the exhibition will be on view at David Kordansky Gallery’s Culver City space through June 13th, 2009.
Matthew Brannon’s sculpture, The Price of Admission, carefully recreates an upholstered couch ruined by drips; of what substance these drips consist is a matter of speculation. His piece suggests a splattered couch in a painter’s studio, the infamous Hollywood institution of the casting couch, or even the psychoanalytic couch. The spots on Brannon’s couch recall the men’s fashion William S. Burroughs wrote about in The Wild Boys: luxurious suits that look as though bums slept in them, with urine stains, which on closer inspection, turn out to be intricate embroideries of fine gold thread.
Matthew Brannon’s work was recently included in 50 Moons of Saturn, curated by Daniel Birnbaum for the Torino Triennial, and in the 2008 Biennial Exhibition, Whitney Museum of American Art, New York. In 2007 he had solo exhibitions at the Whitney Museum of American Art at Altria and the Art Gallery of York University, Toronto, Canada. He lives and works in New York City.
Marcel Broodthaers produced vacuum formed signs that could be mistaken for instructional objects or directional markers, but the “information” they impart could easily fill several volumes of exegesis. One sign reads, “Nous n’irons plus au bois,” referring to a poem by Théodore de Banville and to a centuries-old children’s song. The next line, “Les lauriers sont coupés,” became the title of an Édouard Dujardin novel that pioneered the stream of consciousness technique later employed by James Joyce. In fact, the line reads, “Les lauriers sont/ne sont pas coupés.” It is simultaneously an utterance and its negation, suggesting that Joyce both did and did not write Ulysses.
During his twelve-year career, Marcel Broodthaers produced an astounding variety of works, including enigmatic objects made of egg and mussel shells, typographic paintings, films, prints, photographs, and ephemeral installations. He has had extensive museum exhibitions, including Eulogy of the Subject at Kunstmuseum Basel, Angelus of Daumier at Centre Georges Pompidou, and retrospectives at the Walker Art Center and Galerie nationale du Jeu de Paume. His first exhibition with Galerie Michael Werner was in 1969. He died in Cologne in 1976.
James Lee Byars made many “autobiographies,” and on view is one that he realized as a film. It contains a self-portrait, Byars’ image reduced to a tiny figure at the center of the composition and appearing in a brief flash, 1/24 of a second, the duration of a single film frame. Byars’ gold lamé piece The World Flag conjures the value of a precious metal formerly used as a global monetary standard and is taken as a symbol of luminous, inaccessible perfection. His Five Points Make a Man resembles Vesuvius’ human anatomical diagram and the face of a die rolled on a craps table.
James Lee Byars’ first solo museum exhibition was at The Museum of Modern Art, New York, in 1958. Byars participated in the Venice Biennale in 1980, 1986 and 1999 and Documenta V, VI, VII and VIII. His first exhibition with Galerie Michael Werner, Cologne was in 1971. In 2005, Chrissie Iles curated James Lee Byars: The Perfect Silence for the Whitney Museum of American Art. His work was recently included in The Third Mind: American Artists Contemplate Asia, 1860–1989 at the Guggenheim Museum, New York. He died in Cairo in 1997.
William E. Jones presents “Killed”, a video composed of Farm Security Administration photographs that were rejected by the program’s director. Negatives destroyed by a hole punch are arranged by their missing parts, circular voids of uniform size, placed dead center in the frame. The documentary images appearing in brief flashes acquire a hallucinatory power. Another work, a suite of 21 prints based upon Algernon Charles Swinburne’s Sonnets on English Dramatic Poets (1590-1650), is illustrated “automatically,” but unlike the automatic writings of the Surrealists, the internet (rather than the unconscious) serves as a point of origin for the associations of word and image.
William E. Jones’s work is included in the Nordic Pavilion of the 53rd Venice Biennale. He has exhibited in museums and galleries including Tate Modern, London; Museum of Modern Art, New York; the Whitney Biennial (2008 and 1993); Wexner Center for the Arts; The Getty Center and the Sundance Film Festival. He lives and works in Los Angeles.
www.davidkordanskygallery.com