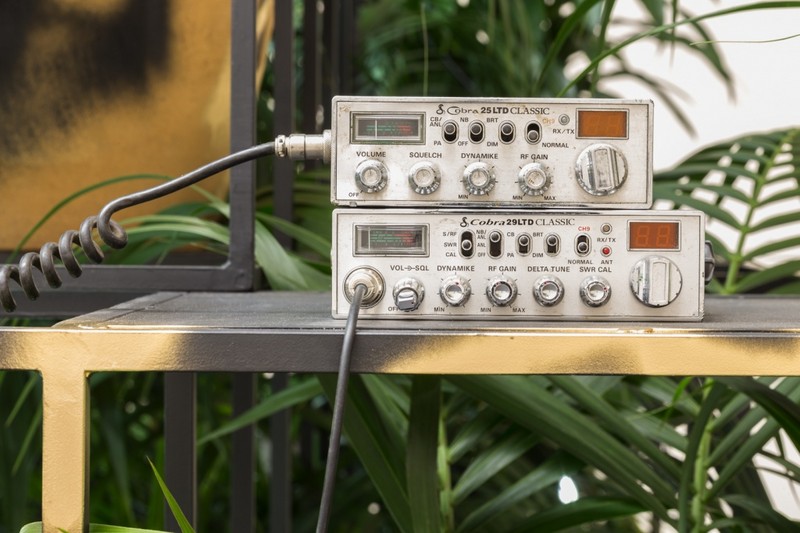 David Kordansky Gallery is pleased to announce Islands, an exhibition of new work by Rashid Johnson. This is the artist’s third solo show at the gallery, and the gallery’s inaugural exhibition at its new location at 5130 W. Edgewood Place, Los Angeles. The show will open on September 13 and run through October 29, 2014. An opening reception will be held on Saturday, September 13, from 6:00pm until 9:00pm.

In one gallery Johnson presents the solitary pyramid form as a perverse minimalist ruin. Comprised of identical open steel cubes, welded together to erect a progression of stacked blocks, the sculpture evokes the cubic structures of Sol LeWitt, realized at a habitable scale, as well as Carl Andre’s modular works. Accordingly, Johnson has “occupied” this empty form. He has loaded it with signifying objects and dynamic matter from his artistic cosmology. The process of accumulation, which will be completed in Los Angeles, expresses yearnings both transgressive and assimilative. The pyramid, understood as a living organism or an externalized psyche, suggests an existence isolated by and at odds with an idealized, systematic order. Despite its faceted depths, the gridded sculpture is formally a cage or, following the exhibition title, an island.

In contrast to this hermetic monument, Johnson populates the second gallery with a diversity of intimate, shaped wood table and shelf sculptures. Each resonates as a further island form, here scaled for interior space and domestic use. In his new table typology, each angular form’s shaped and recessed top extends out beyond a base with a matching geometric profile, such that the top appears to hover in space. Johnson filled each top with shea butter, and then drew abstract marks into the resulting slab. Finished with a sheet of topping glass, each sculpture displays an expressive pictorial plane, but also provides a functional surface. Each is, to quote Johnson quoting Lawrence Weiner, “something to put something on”, and a shared site for congregation.

In the accompanying wall-mounted shelf sculptures, Johnson aggregates marks and material with a layered intensity. This complexity begins with the wood substrate, in which he assembles thicket-like crossings of red oak planks into biomorphic shapes. Johnson allows the outermost ends of the planks to extend irregularly, forming a jagged, seemingly splintering edge to each form. Upon this surface he then enacts his most elaborate, multi-step process of mark-making to date, which includes layers of spray paint, branding, scratching, poured soap and wax, and finally arrayed shelves and objects. The resulting compositions, visually unpredictable at every level, are at once amorphous, expansive, and volatile.

Johnson’s practice regularly reimagines popular narratives that shape contemporary African-American identity, remixing them with his own personal history, and his growing lexicon of formal signifiers. His early “New Negro Escapist Social and Athletic Club” celebrated a supernatural black elite, and he has since more ambivalently adopted the perspective of African dictators, or Camus’s L’Etranger. Here, for the first time, Johnson generates a body of work from an antiheroic stance. The attitude recalls outlaw Ivanhoe Martin, as depicted by Jimmy Cliff in The Harder They Come, or Sweet Sweetback, Melvin Van Peebles’s proto-Blaxploitation icon, but most prominently Bigger Thomas, Wright’s protagonist of Native Son, an impoverished black youth driven to multiple murders by the anxiety, anger, fear, and loneliness inscribed by his social plight. The forms of Johnson’s Islands play out a like meta-narrative in their dissociation from Johnson’s studio to the white cube and beyond, where not only are their internal mechanics on display, but each becomes an isolated figure subject to the pressures of a larger social field.

Rashid Johnson (b. 1977) has recently presented solo exhibitions of his work at The George Economou Collection, Athens; the Museum of Contemporary Art, Denver; Ballroom Marfa, TX; South London Gallery; SculptureCenter, Long Island City, NY; Kunstmuseum Kloster Unser Lieben Frauen, Magdeburg, Germany; and the Indianapolis Museum of Art. A mid-career survey of his work entitled Rashid Johnson: A Message to Our Folks, was organized by the Museum of Contemporary Art, Chicago, and traveled to the Miami Art Museum; the High Museum of Art, Atlanta; and the Mildred Lane Kemper Art Museum, St. Louis. Recent group exhibitions include Variations: Conversations in and Around Abstract Painting, Los Angeles County Museum of Art; In the Holocene, MIT List Visual Arts Center, Cambridge, MA; American Exuberance, Rubell Family Collection, Miami; ILLUMInations, International Pavilion, 54th Venice Biennale; and Secret Societies. To Know, To Dare, To Will, To Keep Silence, Schirn Kunsthalle, Frankfurt and CAPC de Bordeaux. In December, Johnson will open a solo exhibition at Kunsthalle Winterthur, Switzerland, and his paintings will be featured in the group exhibition The Forever Now: Contemporary Painting in an Atemporal World, curated by Laura Hoptman, at the Museum of Modern Art, New York.
www.davidkordanskygallery.com