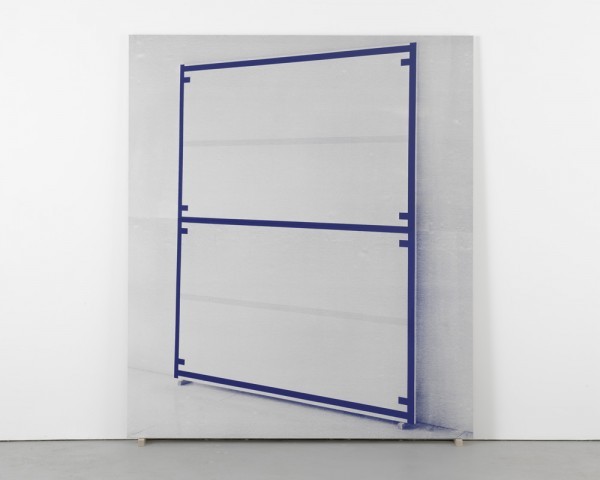 David Zwirner is pleased to present an exhibition of works by Alan Uglow, organized by independent curator and writer Bob Nickas. On view at the gallery’s 519 West 19th Street space, this will be the artist’s first solo exhibition in the United States in over a decade.

Alan Uglow was born in Luton, England, in 1941, and died in New York in 2011. Attending art school while still in his early teens, and drawn towards non-figuration, Uglow felt that abstract art was less appreciated in Britain than in the United States. Finishing his studies with degrees in painting and printmaking, Uglow eventually visited New York City in 1968. He moved there permanently the following year, settling initially on Greene Street, and by the mid-1970s, on the Bowery, along with other like-minded artists, when the only amenity in either neighborhood was affordable space.

Working in series that evolved gradually over decades, Uglow always remained faithful to his central vision, his practice unaffected by the increasingly commercial demands of the art scene in the 1980s and 1990s. All his work is characterized by a meticulous, even intuitive, attention to scale and composition, with particular consideration paid to the placement of the painting in relation to the wall and surrounding space. Executed with up to forty layers of paint, these include delicate nuances that fluctuate depending on available light and the viewer’s perspective. Early inspirations for Uglow were as diverse as Alberto Giacometti and Jo Baer, and included Kazimir Malevich, Piet Mondrian, and Ad Reinhardt. Yet his works contain their own distinct and instantly recognizable aesthetics, offering new, unexpected lines of vision and subtle dialogues between center and edge, presence and absence, cadence and calm, tension and simplicity.

The present exhibition includes Standard paintings from the mid-1990s and Portrait(s) of a Standard from 2000, the latter, large-format silkscreens depicting the Standard(s) at an angle. Both the paintings and prints are installed on wooden blocks. Also included are the proportionately smaller Hanging Standard #27 (Silver #2) from 2007 and Stadium Series #6 (Yellow), a 1996 horizontal painting hung only inches above the floor. A two-part, freestanding painting from 2004, Torwand (Red) / Torwand (Blue), contains round cut-outs, offering anterior and posterior viewpoints, which simultaneously reveal and disguise their surroundings appearing inherently playful. Uglow’s motivation for this work derived from structures developed for soccer practice, a game he found inspiring. Other works in the show continue the artist’s exploration of proportion, color, and line, and include two of his final paintings, completed in late 2010, T-3 and Untitled, as well as three photographs from 2009 of a dead moth, which, having landed, happened to breathe its last on one of Uglow’s drawings.

The exhibition is accompanied by a fully illustrated catalogue, published by David Zwirner and Radius Books, containing an essay by Bob Nickas and interviews with the artist from the 1990s.

A forthcoming solo show of Uglow’s work, curated by Joao Ribas, will be on view at the MIT List Visual Arts Center in Cambridge, Massachusetts (May 10 – July 14, 2013).

Work by Alan Uglow has been featured in a number of solo and group exhibitions worldwide, most recently in 2012 in the group show Stand still like the hummingbird at David Zwirner, New York. In 2010, his work was the subject of two large-scale surveys, concurrently on view in Germany at the Museum Wiesbaden and the Museum Haus Esters in Krefeld. Other recent solo exhibitions include the CCNOA – Center for Contemporary Non-Objective Art, Brussels (2006) and the Gemeentemuseum, The Hague (2004). His first museum solo exhibition was held in 1992 at the Kölnischer Kunstverein in Cologne.