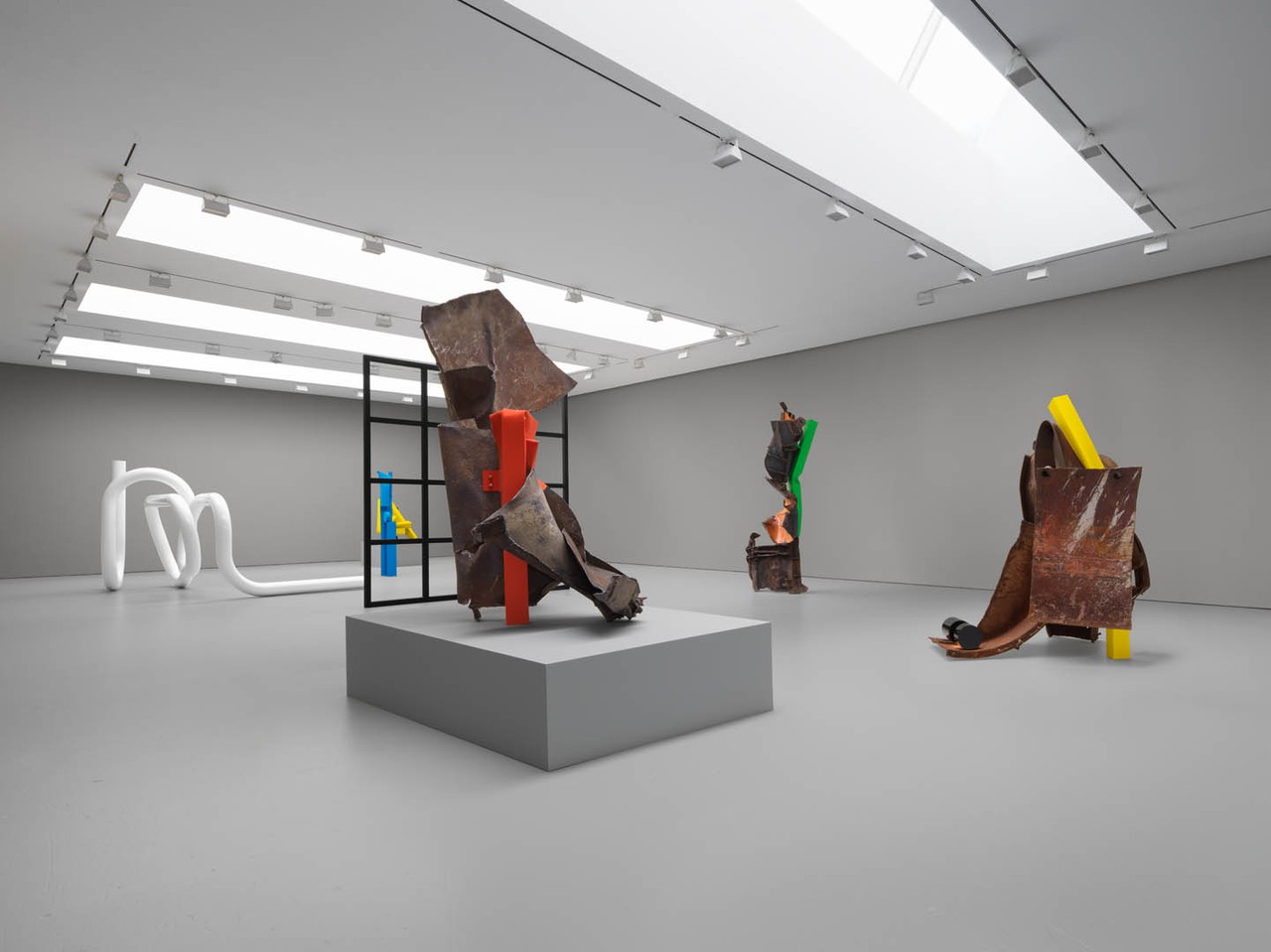 David Zwirner is pleased to present an exhibition of new sculptures by Carol Bove, marking her first show with the gallery in New York. Spanning two adjacent spaces on 525 and 533 West 19th Street in Chelsea, Polka Dots follows the artist's 2015 exhibition at David Zwirner's London location.

Bove is known for her assemblages that combine found and made elements. Incorporating a wide range of domestic, industrial, and natural objects, her sculptures, paintings, and prints reveal the poetry of their materials. As the art historian Johanna Burton notes in the catalogue accompanying this exhibition, "Bove brings things together not to nudge associative impulses into free play driven by the unconscious, but rather to conjure a kind of affective tangle that disrupts any singular, historical narrative."1

The exhibition presents a new series of large-scale "collage sculptures" that mark a departure within the artist's practice. To create these abstract assemblages, which merge various types of sculptural processes from her earlier works and references to art historical precedents, Bove combines three different types of steel. Six-inch square steel tubing that has been crushed and shaped at her studio is arranged with found scrap metals and punctuated by shallow, highly polished discs. The compositions are either fully or partially painted using a palette of bright colors evocative of Willem de Kooning's painting Woman and Bicycle (1952-1953).

Despite their heavy materiality, the sculptures appear lightweight, flexible, and improvisational. Their alternating surfaces create a play of textures—while the painted steel resembles clay or fabric, the overall forms evoke complex references that go beyond their stylistic appearances. The contorted shapes vaguely recall Anthony Caro's bolted and welded forms, John Chamberlain's crushed sculptures, Mark di Suvero's abstract expressionist configurations, and Louise Nevelson's accumulated assemblages, just as they can be seen to incorporate the collagist aesthetic of the Chicago Imagists of the 1960s, who combined disparate art historical styles and techniques. In Daphne and Apollo—a tight arrangement of solid red steel tubing wrapped around large pieces of found steel from a scrapyard—one material seems to morph into another with an allusion of movement similar to the Baroque sculpture of the same title by Bernini.

The new body of work is on view in both galleries along with other sculptures by the artist. In the first space, a large, white "glyph"—part of an ongoing series of flawlessly glossy, looping steel sculptures—is positioned on the floor ahead of three collage sculptures arranged on a broad, low pedestal. The adjacent gallery presents a configuration of the new sculptures, a glyph, and a large-scale, square steel grid. The latter acts as a kind of viewfinder into the room, which is painted a uniform matte black. The structure provides a shifting frame of the show, pictorializing relationships between the works and the viewer.

The exhibition is accompanied by a catalogue designed by Joseph Logan in close collaboration with Bove. Published by David Zwirner Books, it features new scholarship by Johanna Burton and photography by Andreas Laszlo Konrath taken over the course of multiple visits to the artist's Brooklyn studio. The publication explores both the process and the finished work, offering a behind-the-scenes look into Bove's practice.

Johanna Burton is the Keith Haring Director and Curator of Education and Public Engagement at the New Museum, New York. Her writing has appeared in journals and publications, including Artforum, Parkett, October, and Texte zur Kunst.