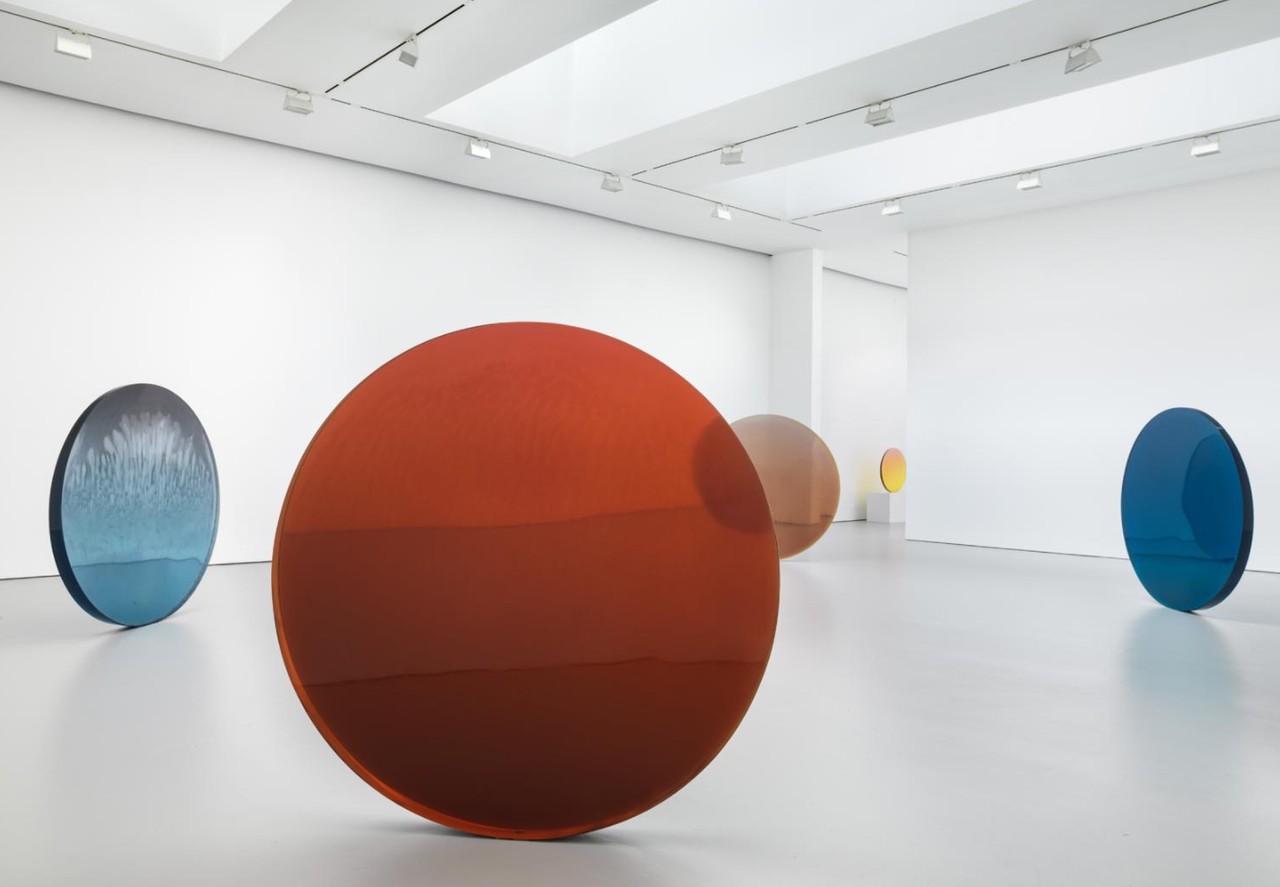 David Zwirner is pleased to present an exhibition of works from the 1960s and 1970s by De Wain Valentine (b. 1936). A key member of what is often referred to as the Light and Space movement, Valentine is distinguished in particular by his in-depth understanding of synthetic materials and his ability to transform these industrial products into artworks that reveal his fascination with light, transparency, reflection, and surface. On view at 525 and 533 West 19th Street in New York, this exhibition will focus on the artist's pioneering achievements in polyester resin and present the key forms that he articulated and returned to during this period. The exhibition, which is organized in cooperation with the artist, will include a selection of works that fully demonstrates Valentine's range and virtuosity with his chosen material.

Valentine came to Los Angeles in the mid-1960s, moving there from his native Colorado, where he was already an established sculptor, to teach a class in plastics technology at UCLA. He had begun working with plastics as early as the 1950s, but it was not until his arrival in the artistically fertile environment of Los Angeles that he started to utilize the material in a more expansive way.

Particularly influenced by the California landscape, Valentine has noted, "All the work is about the sea and the sky. I would like to have some way...to cut out large chunks of ocean or sky and say, 'Here it is.'"1 Despite his grand ambitions, Valentine was initially confronted with material limitations, as polyester resins at the time could not be poured in volumes that exceeded 50 pounds. Not willing to accept this restriction, he partnered with Hastings Plastics in 1966 to create a new polyester resin that could be cast in larger quantities. The resultant material, which is commercially known as Valentine MasKast Resin, not only allowed the artist to dramatically increase the scale of his work, but also continues today to have applications beyond the realm of art. Polyester resin, with its inherent ability to both contain and reflect light while delivering a luminous dimensionality, would from that point on form the foundation of Valentine's practice.

On view will be a number of Valentine's "Columns," corporeally scaled sculptures cast in colored polyester resins that recede from a wider base up to a narrow tip. These works have a prismatic effect, both transmitting and refracting light, and thus capturing an optical sense of depth, space, and color. Executed in varying heights and widths, works such as Column Yellow and Column Lavender (both 1968) engage the viewer on a phenomenological level.

A highlight of the exhibition will be Valentine's twin Gray Columns (1975-76), which each stand twelve feet tall and have never before been exhibited together in their intended configuration. Originally executed for Baxter Travenol Laboratories' newly built corporate headquarters in Deerfield, Illinois, Valentine had conceived of two immense vertical columns standing side by side, but because of architectural modifications (the ceiling in the company's reception area was lowered at a late stage of construction), Valentine was forced to install the two slabs on their sides.

The exhibition will additionally include a number of Valentine's "Circles," a shape he began to experiment with in 1969. These works display not only the artist's mastery of geometrical form, but also highlight his command of color in sculptures like Circle Blue Smoke Flow Blue (1970), with its dappled blue-gray surface, and Circle Gold-Rose (1970), with its optically shifting hues. A room of these large-scale circles was installed in Valentine's 1970 solo presentation at the Pasadena Art Museum, known at that time as an important platform for young artistic talent. A selection of Valentine's smaller forms, such as rings, discs, and double pyramids, which make clear the theoretical basis of his practice, will also be on view.

This will be the first historical survey of Valentine's work in New York and his first solo presentation here in more than thirty years. This is the artist's first solo exhibition at David Zwirner. A fully illustrated catalogue with new scholarship by Robin Clark is forthcoming from David Zwirner Books.