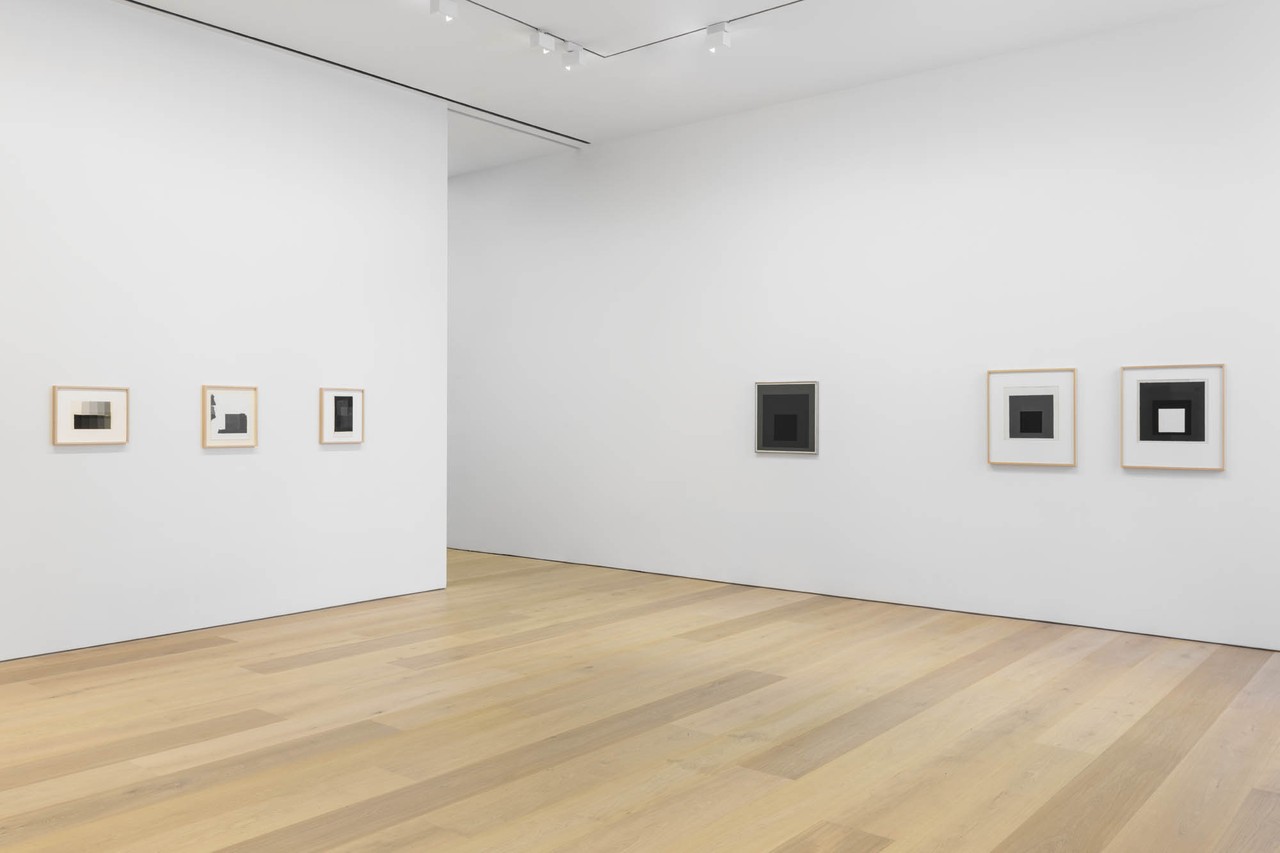 "To this end, we study gradation by producing so-called grey steps, grey scales, grey ladders. These demonstrate a gradual stepping up or down between white and black, between lighter and darker." – Josef Albers, Interaction of Color

David Zwirner is pleased to announce the gallery's first exhibition dedicated to the work of Josef Albers since having announced its representation of The Josef and Anni Albers Foundation. The exhibition will take place at the gallery's 537 West 20th Street location and will present a selection of works that explore Albers's use of black, white, and grey across the full breadth of his career.

Josef Albers is considered one of the most influential abstract painters of the twentieth century, as well as an important designer and educator noted for his rigorously experimental approach to spatial relationships and color theory. The exhibition's title is taken from a passage in Interaction of Color (1963), Albers's significant treatise on color studies and an essential handbook for artists and teachers. Particularly concerned with the study of chromatic interaction, in which visual perception of a color is affected by those adjacent to it, Albers writes, "To this end, we study gradation by producing so-called grey steps, grey scales, grey ladders. These demonstrate a gradual stepping up or down between white and black, between lighter and darker."1

The centrality of these gradations between black, white, and grey to Albers's overall theory of color is demonstrated by the inclusion of his first Homage to the Square painting, Homage to the Square (A)(1950), which inaugurated the series that would occupy him until his death in 1976. Establishing the configuration of nested squares for which the series is known, the work moves progressively from deep black at its center to pale grey at its edge. In addition to this key painting and its related studies, the exhibition will also present a range of works in a variety of media that attest to Albers's lifelong investigation into black, white, and grey, from ink and watercolor works on paper that pre-date his time at the Bauhaus, to gouaches executed during his tenure at Black Mountain College, to color studies that shed light on his working process. Known primarily for his intensive exploration of color, Albers often utilized tones of black, white, and grey while working out new ideas and new techniques, crafting finely tuned studies of light and perception while emphasizing the graphic and rhythmic qualities of his compositions. Examples of this tendency include not only the firstHomage to the Square, mentioned above, but also earlier works, among them his series of Treble Clefs (1932-35)—important gouaches that bridge the period from his departure from the Bauhaus to his arrival in America—and selections from his Kineticsseries of the early 1940s.

The gallery is also preparing a major exhibition of the work of Josef Albers that will open in January 2017 at David Zwirner's London location.