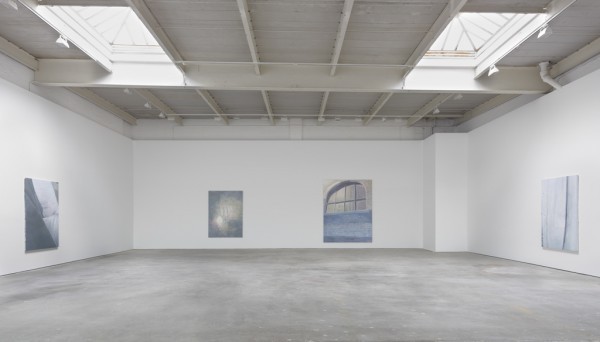 In his tenth show at David Zwirner, Belgian painter Luc Tuymans shows all new works. The Summer is Over was originally planned to be on view in November-December 2012, but due to Hurricane Sandy, it was reschedule to January 2013.

Since 1994 when Luc Tuymans had his U.S. debut at David Zwirner’s original location in SoHo, the artist has presented exhibitions at the gallery, every two years, premiering a new, thematic series of paintings. 2012-2013 marks an exception: the artist has two consecutive exhibitions: Allo! for David Zwirner’s new London gallery (October – November 2012) and The Summer is Over for New York (January – February 2013).

The Summer is Over coincides with the publication of Luc Tuymans: Exhibitions at David Zwirner, 1994-2012 (Ludion). Opening with a conversation between the artist and Zwirner, this unique and indispensable catalogue spans their history and includes exceptional reproductions of so many of the now iconic works, installation views, exhibition checklists, and personal photographs. Other texts include individual interviews Lynne Tillman conducted with art critic Peter Schjeldahl; artist Brice Marden; art historian and academic Robert Storr; and together with Helen Molesworth and Madeleine Grynsztejn, co-curators of Tuymans’s recent major U.S. retrospective.
www.davidzwirner.com