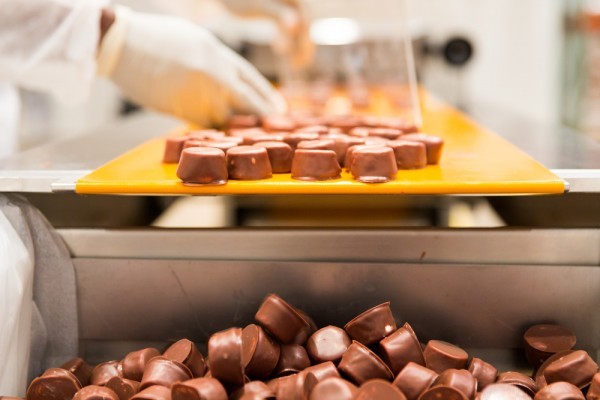 Oscar-Murillo-A-Mercantile-Novel-Press-Release-New-York-2014David Zwirner is pleased to present its first exhibition with Oscar Murillo, who joined the gallery in September 2013. The artist will implement a candy-making factory at 519 West 19th Street in New York in collaboration with Colombina, one of the premier food companies in Colombia.

Now a global industry leader and one of the main exporters of candy to the United States, Colombina was founded in Murillo’s hometown of La Paila in the early twentieth century. It gradually became the connecting link in the surrounding area, fostering a community that expanded symbiotically as the factory grew in stature. Several generations of Murillo’s family, including his parents, have worked there in various capacities, and the artist, who was born in 1986 and moved to the United Kingdom in the 1990s, retains close ties to the site.

Murillo frequently invokes his cultural heritage in his practice and broader issues of migration, sub-localities, and displacement inform many of his works. By turning the gallery into a fully operational production site, he opens up for considerations not merely about trade and globalization, but also about individual relationships and communities, roots and immigration. As such, the Colombina factory becomes a catalyst for a consideration of socio-economic conditions in the United States, Colombia, and beyond, while also inviting visitors to reflect on the nature of societies, both personal and universal.

Staffed by experienced candy-making employees going about their daily work as usual, the production line at the gallery will manufacture one of Colombina’s signature candies, the Chocmelos®, following the same recipe, ingredients, techniques, and quality control procedures as the facility in La Paila. Workplace signage and overall layout are further inspired by the factory, and Murillo has designed special packaging for the exhibition featuring the Colombina logo next to the iconic yellow smiley face seen on plastic shopping bags throughout New York City. Over the course of the exhibition, tens of thousands of candies will be produced and given away for free at the gallery. A special website, mercantilenovel.com, and complementary platforms on social media (Instagram, Facebook, and Twitter) have been set up by the artist and gallery to track the project, shaping new communities in the process.

Oscar Murillo earned his B.F.A. in 2007 from the University of Westminster, London, followed by his M.F.A. in 2012 from the Royal College of Art, London.

Murillo has shown in both solo and group exhibitions at prominent venues worldwide, including new works on view in 2014 in Los Angeles that marked The Mistake Room’s inaugural presentation. In 2013, the South London Gallery organized the artist’s first major solo exhibition in the United Kingdom. In 2012, he created new paintings on site during a five-week summer residency at the Rubell Family Collection in Miami, which were shown later that year marking his first solo exhibition in the United States. Other recent venues that have exhibited his works and projects include the MAMA Showroom, Rotterdam (2013) and the Serpentine Gallery, London (2012).

In 2014, work by the artist is included in international group exhibitions, including the 1st International Biennial of Contemporary Art of Cartagena de Indias, Cartagena, Colombia; RE: Painted | ‘Painting’ from the collection, Stedelijk Museum voor Actuele Kunst (S.M.A.K.), Ghent; Fútbol: The Beautiful Game, Los Angeles County Museum of Art; and Don’t You Know Who I Am? Art after Identity Politics, Museum van Hedendaagse Kunst Antwerpen, Antwerp.

For his ongoing project Frequencies, created in collaboration with members of his family and political scientist Clara Dublanc, Murillo will visit schools across the globe where canvases temporarily affixed to classroom desks will register young students’ creative and critical thought processes. The project aims to offer cross-cultural and social insights into youth communities around the world.
www.davidzwirner.com