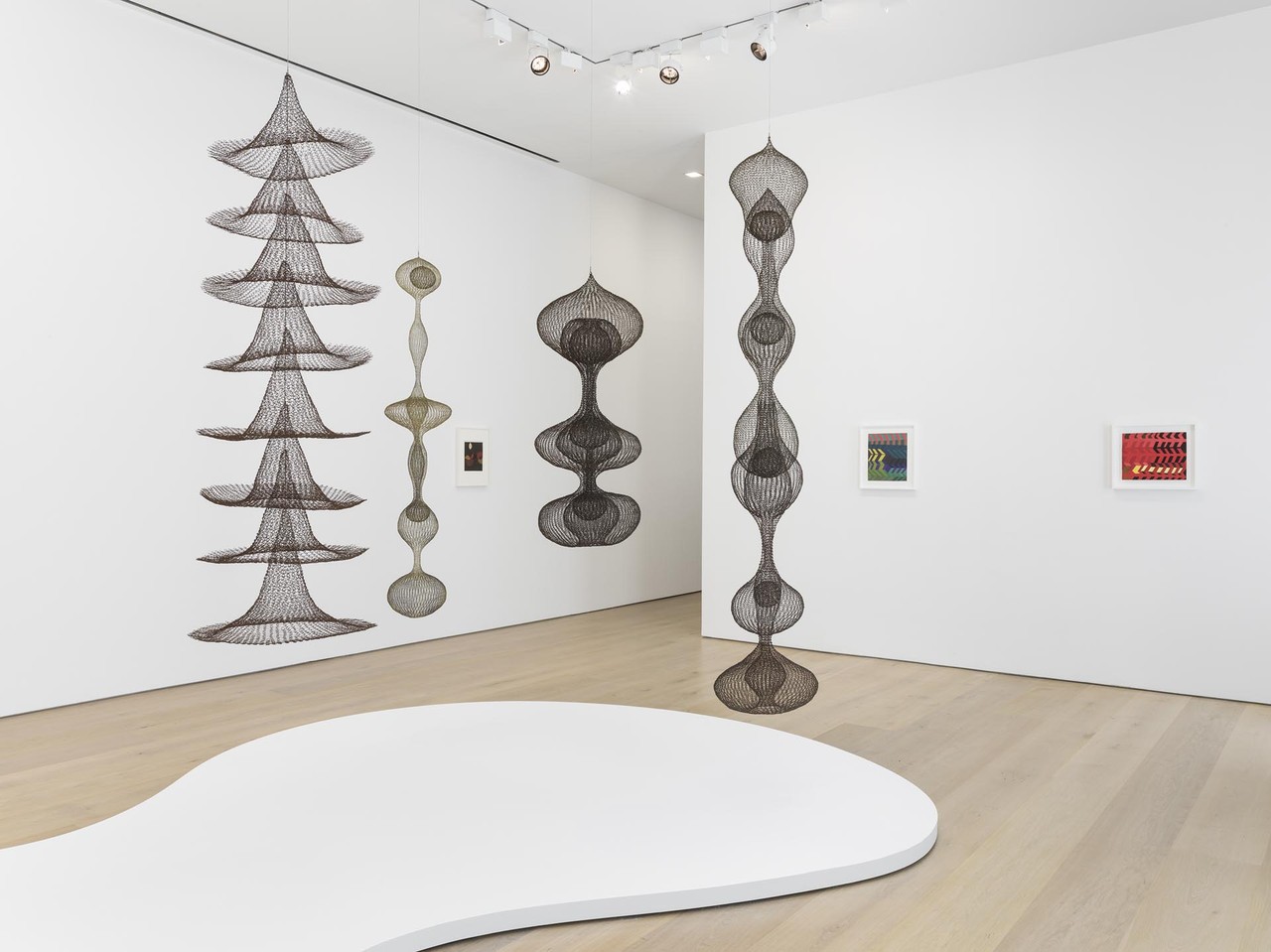 David Zwirner is pleased to announce the gallery's first exhibition dedicated to the work of Ruth Asawa since having announced the representation of the artist's estate earlier this year, which will take place at the 537 West 20th Street location. The exhibition will bring together a selection of key sculptures, paintings, and works on paper spanning Asawa's influential practice, as well as rare archival materials, including a group of vintage photographs of the artist and her work by Imogen Cunningham.

Born in rural California, Asawa began to make art while detained in internment camps for Japanese Americans at Santa Anita, California, and Rohwer, Arkansas, where she was sent with her family in 1942-1943. Following her release, she enrolled in Milwaukee State Teachers College, eventually making her way to Black Mountain College in North Carolina in 1946, then known for its progressive pedagogical methods and avant-garde aesthetic milieu. Asawa's time at Black Mountain proved formative in her development as an artist, and she was influenced there in particular by her teachers Josef Albers, Buckminster Fuller, and the mathematician Max Dehn.

Asawa is best known for her extensive body of looped-wire sculptures that challenge conventional notions of material and form through their emphasis on lightness and transparency, which she began making in the late 1940s while still a student at Black Mountain. Their unique structure was inspired by a 1947 trip to Mexico, during which local craftsmen taught her how to create baskets out of wire. While seemingly unrelated to the lessons of color and composition taught in Albers's legendary Basic Design course, these works, as she explained, are firmly grounded in his teachings in their use of unexpected materials and their elision of figure and ground: "I found myself experimenting with wire. I was interested in the economy of a line, enclosing three-dimensional space. The lesson taught us by Albers was to do something with a material which is unique to its properties. The artist must respect the integrity of the material. I realized that I could make wire forms interlock, expand, and contract with a single strand because a line can go anywhere."1

Asawa executed her looped-wire sculptures in a number of complex, interwoven configurations throughout her career, a variety of which will be on view in the exhibition. These range from small spheres to long, elaborate examples of the artist’s “form within a form” compositions, in which she created nested shapes from a single continuous line of looped wire; as well as lesser-known forms including hyperbolic shapes, suspended cones, and interlocking spheres.

Also on view will be examples of Asawa's related tied-wire sculptures, a series begun in 1962, which like much of her oeuvre explore organic forms and processes. After having been gifted a desert plant whose branches split exponentially as they grew, Asawa quickly became frustrated by her attempts to replicate its structure in two dimensions. Instead, she utilized industrial wire as a means of sculpting, and in doing so studying its shape. In the ensuing decades, she created numerous hanging and wall-mounted variations on this form.

A selection of the artist's rarely seen paintings and works on paper, executed during her time at Black Mountain, will be presented alongside her three-dimensional works. For example, in her "In and Out" compositions, Asawa creates variations on a chevron pattern, utilizing subtle modifications to create a sense of depth and motion within the otherwise flat picture plane. In another group of works, she incorporates the simple shape of the Dogwood leaf, folded and overlapped into varying configurations, to compose dynamic color studies. In still another work, Asawa uses a "BMC" stamp from the school's laundry facility to create an allover, undulating composition. Seen in this context, the graphic optical effects deployed in these early compositions reveal the genesis of Asawa's interest in repeated forms, motion, and collapsing pictorial space that logically culminate in her wire sculptures.

On the occasion of the exhibition, a monographic catalogue will be published by David Zwirner Books, which will include new scholarship on Asawa's groundbreaking body of work by art historian Tiffany Bell, as well as an essay by Robert Storr, and an illustrated chronology.

Asawa's work will concurrently be on view in Josef and Anni and Ruth and Ray, the inaugural exhibition at David Zwirner's new Upper East Side location at 34 East 69th Street.