Selections from The Kramarsky Collection 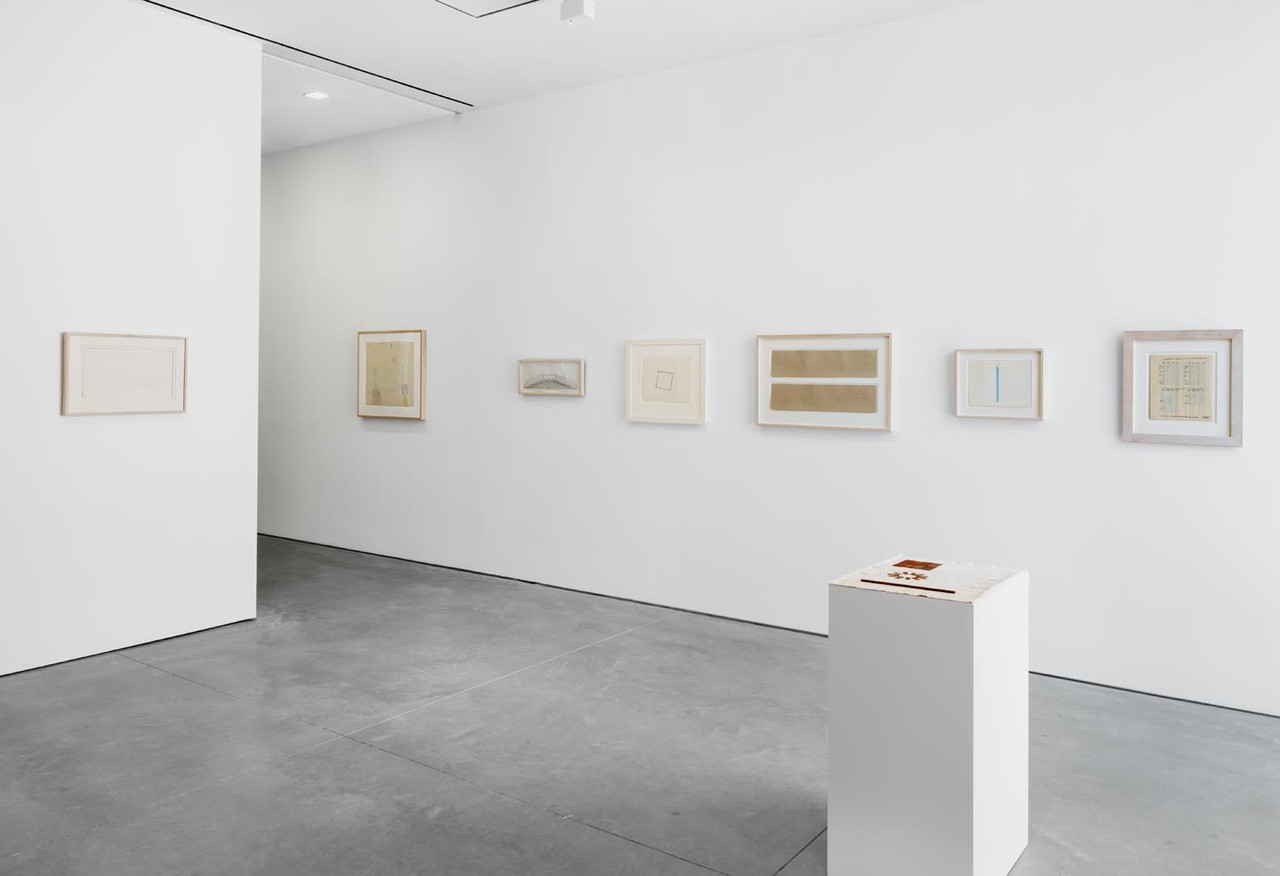 For Wynn, assembling this collection over several decades has been a true labor of love, and his passion for collecting is reflected in this carefully curated selection of drawings by a wide-ranging group of artists. Wynn’s focus has been works on paper, at first since this type of work was more accessible to him as a young collector, but ultimately because he found drawings and other works on paper allowed for a more intimate engagement with an artist and his or her creative process. The smaller scale also enabled him to collect both encyclopedically and in-depth. Wynn's non-commercial exhibition space, The Fifth Floor Foundation, which operated from 1991 to 2006 at 560 Broadway in New York's SoHo neighborhood, exemplifies his dedicated and consistent arts patronage. In addition to presenting focused solo and group exhibitions of both canonical and lesser-known artists in the collection, the SoHo space served as a larger center for the study of these works (which were thus made readily available to interested visitors and scholars alike). Wynn's enthusiasm for art historical scholarship and education further extends to the many loans he and his wife make, often anonymously, to major national and international exhibitions. And even beyond that, their past and continuing gifts of works from the collection to numerous museums and universities permanently enrich the public nationwide.

Comprising works from the 1960s through the 2000s, the selection of drawings included in this exhibition provides an overview of the evolution of abstract tendencies in American art-making over half a century and lays out a genealogy of succeeding styles, from Minimalism forward.

Numerous important Minimalist artists are represented in the collection, evidencing the extreme heterogeneity of styles, subjects, and approaches that fall under this broad designation. For example, a 1971 drawing by Dan Flavin revisiting his alternate diagonals of March 2, 1964 (to Don Judd), a series of light installations he dedicated to his longtime friend, the artist Donald Judd, foregrounds the use of commercially available materials and reductive forms that characterized many of these artists' practices. Meanwhile, an ink-on-board triptych by Carl Andre from 1960 offers a rare painterly expression by the artist. Made early in his career, this work reveals the genesis of Andre's fascination with the juxtaposition of disparate elements and formal variation within a repetitive structure that would later manifest in some of his best-known sculptural works. Fred Sandback's drawings, often executed as preparatory studies for his sculptures, on the other hand, utilize precisely placed lines to outline planes and volumes in space.

Other works, while minimal in appearance, reveal themselves upon closer inspection to be more concerned with the process of their own making than with strict formal investigations. To create From "Untitled" Painting (1964-65), a dark amorphous cloud of charcoal on paper, Jasper Johns imprinted his own oil-covered face against paper, rolling it from one side to the other, and then rubbing charcoal over the paper to create an indexical trace of his body in motion. Similarly, Eva Hesse's spare, delicately rendered 1966 ink wash of two stacked concentric circles, each inscribed by a square, demonstrates the tactile, brushy quality emblematic of her transition from colorful, painterly forms to the more mature process-based works that came to distinguish her from her peers. Another work by Hesse, Right After from 1969, made following her first operation for a brain tumor and less than a year before her untimely death, displays both her mastery of gouache and her unique understanding of form with its precisely rendered interlocking shapes.

A number of artists in the collection rely on simple geometric forms to create conceptually rigorous drawings. Bands of Lines in 4 Directions (1991) by Sol Lewitt, which illustrates all the different directions that a line can extend, demonstrates how the artist's procedures systematically unfolded the endless formal possibilities that could be derived from predetermined sets of logical principles. Similarly, a 1975 diagrammatic drawing, First Fulcrum (Study), by Mel Bochner, is the first in his succeeding series of "Fulcrum" drawings, which–in their exploration of pentagonal shapes–reveals his longstanding interest in both visual and linguistic systems of meaning. Also on view are two drawings by Richard Serra that explore circular forms–Sam Cooke (1996) and Black Tracks (2002). Both made using a thick impasto of black paintstick, these works create a sense of weight, gravity, and mass.

The Kramarsky Collection also includes examples by a number of artists who create works on paper as part of their ongoing painterly investigations. Ellsworth Kelly, for example, frequently utilizes paint on paper to create different juxtapositions of forms and colors for his spare but optically vibrant abstractions, as in an untitled work on paper from 1964-65 composed of loosely rectangular forms in brightly hued green and red. A 1977 watercolor by Agnes Martin, with its luminous glow and tactile surface, not only reveals Martin's technical mastery of her materials but, as in her paintings, plays on the illusory properties of color and form. Robert Ryman's practice represents a sustained inquiry into the inherent properties of painting, the key concerns of which are visible in his 1995 work Core XII, made using encaustic, graphite, and crayon on corrugated cardboard. Together, the work's materials emphasize their inherent properties, resulting in an open-ended composition that reveals the process of its making. Untitled (1971) by Cy Twombly, which incorporates notes, measurements, and images in an all-over composition, is a compelling example of his works on paper of the late 1960s and early 1970s, engaging both with art historical notions of the line and cultural understandings of language. Similarly, Brice Marden's Small Corpus (1989-94), which evinces an overall calligraphic quality, reflects the artist's interest in the abstract language of gesture, as well as his integration of drawing within painting–aspects that would continue to define his subsequent work.

Overall, the works in the Kramarsky collection, in the individuality of their expression, testify to the wide range of media and styles that both reaffirm and expand our definition of drawing. This exhibition will be accompanied by a fully illustrated catalogue, forthcoming from David Zwirner Books.
www.davidzwirner.com