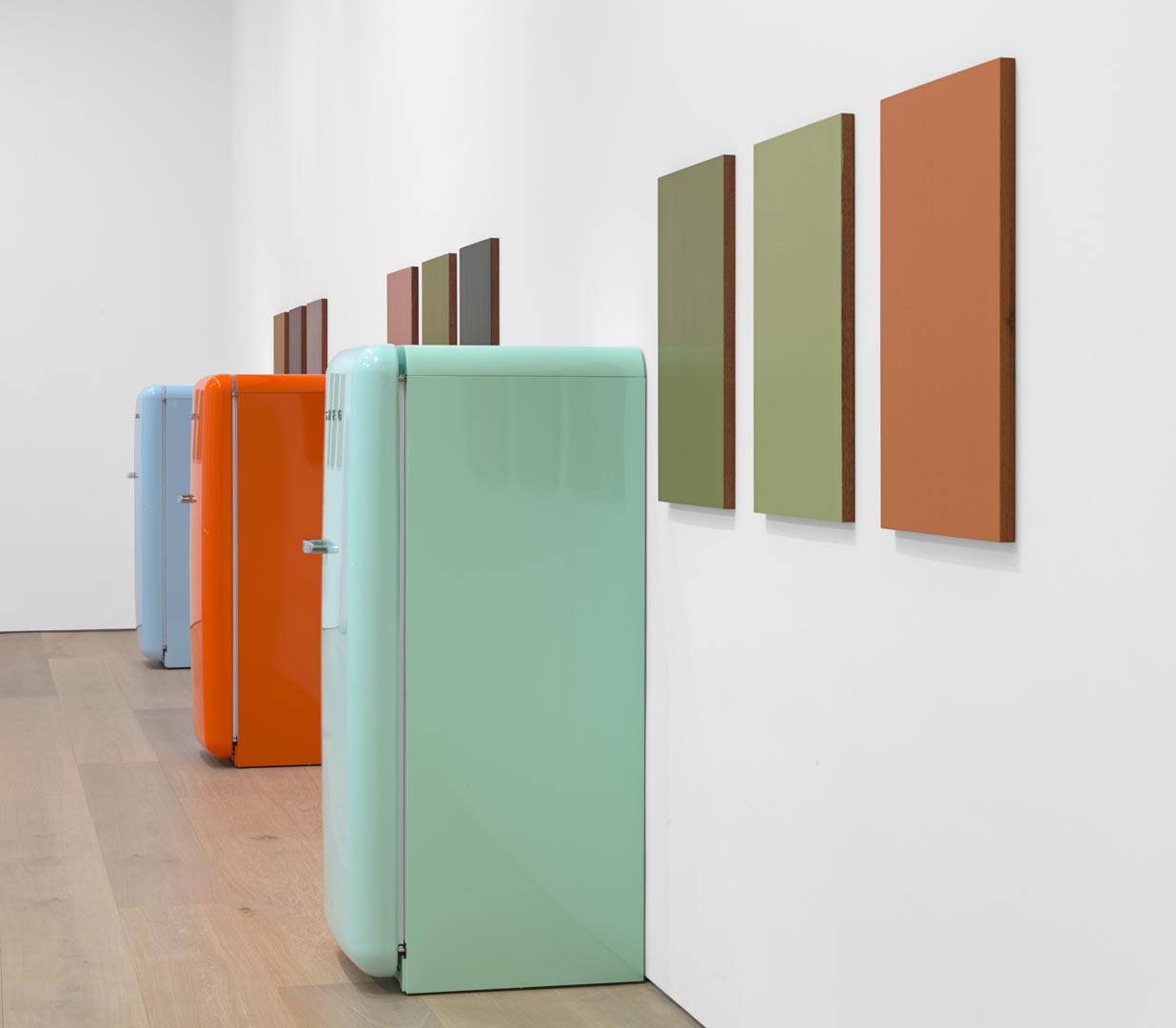 David Zwirner is pleased to present an exhibition of new works by Sherrie Levine, on view at 537 West 20th Street in New York. This will be the gallery's first exhibition with the artist since she joined in 2015.

Levine's work engages many of the core tenets of postmodern art, challenging notions of originality, authenticity, and identity. Since the late 1970s, she has created a singular and complex oeuvre using a variety of media, including photography, painting, and sculpture. Many of her works are explicitly appropriated from the modernist canon, while others are more general in their references, assimilating art historical interests and concerns rather than specific objects. Deeply interested in the process of artistic creation and in the contested notion of progress within art history, her work forthrightly acknowledges its existence as the product of what precedes it.

The exhibition debuts an installation in which groups of monochrome paintings on mahogany are paired with refrigerators. The color of each painting derives from the nudes by Impressionist artist Auguste Renoir, and revisits a technique Levine first employed in 1989 with her Meltdown series of woodcut prints, where an averaging algorithm was used to create a checkerboard composition based on modernist artists' iconic paintings.

In a comment on the new installation, the artist notes: "The World of Interiors is my favorite shelter magazine. Often, there is a SMEG advertisement. SMEG is an Italian company that manufactures refrigerators in a retro style and saccharine colors. I thought it would be interesting to pair them with some monochrome paintings of mine, After Renoir Nudes, which are in fleshy shades. I’m hoping some sort of synergy results."1

Other works on view address Levine's continuing interest in borrowed subject matter, repetition, and difference. Employing various materials, the works interact with each other and their counterparts in the real world.

1 Sherrie Levine in correspondence with the gallery, January 2016.
www.davidzwirner.com