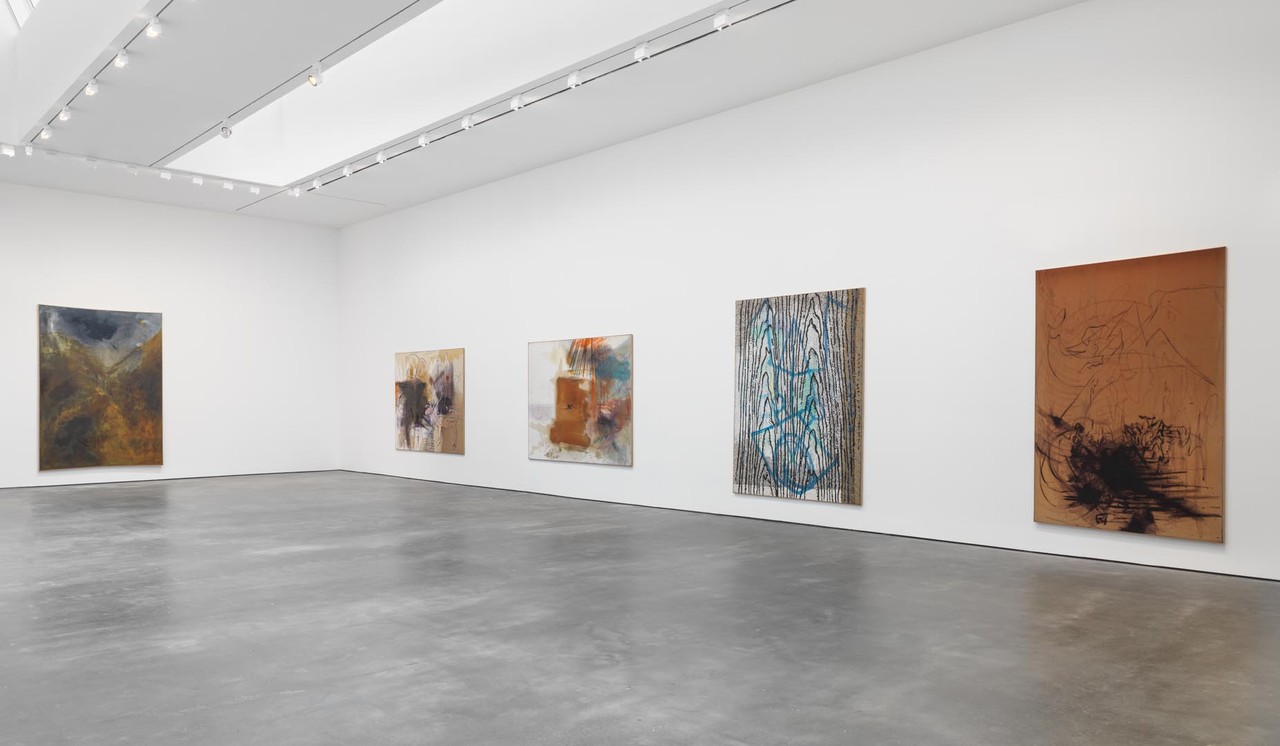 David Zwirner is pleased to announce the gallery's first exhibition dedicated to the work of Sigmar Polke since having announced its representation of the artist's estate. Curated by Vicente Todolí, the exhibition will take place at the gallery's 537 West 20th Street location and will present a selection of works by the artist that address an expanded notion of travel.

German artist Sigmar Polke (1941-2010) is widely recognized for his multidisciplinary output of paintings, photographs, drawings, prints, objects, installations, and films. Characterized by a relentlessly experimental and inquisitive attitude, the artist's work employs unusual materials and techniques, and playfully defies social, political, and aesthetic conventions. Throughout his prolific career, Polke's unorthodox approach to materials, subject matter, and artistic processes was always concerned with the testing of limits and boundaries, and this exhibition will demonstrate the breadth and lasting influence of his radical and innovative practice.

The works in the exhibition will range from playful takes on mass-produced tourist scenery from the 1960s to compositionally layered paintings from the 1980s that offer complex reinterpretations of travel-related themes, Romantic notions of the sublime, and hallucinatory imagery—thereby addressing both outward, physical travel and inner/mental, intellectual journeys. In particular, the exhibition centers on the artist's around-the-world journey from 1980 to 1981 that took him to Indonesia (Bali, Java, Sumatra), Papua New Guinea, Australia, Tasmania, Malaysia, and Thailand, among other locales. As noted by Polke, this trip inspired a close consideration of the material forms and cultural practices of color itself: "how, for example, Hinduism explains and uses color or how Australians use color."1 The exploration of color as an aesthetic end in itself led Polke to the unconventional use of often dangerous or unstable chemical substances within his work. Describing this process, Polke stated simply: “I was looking for brilliance of color, and it happened to be toxic.”2

The exhibition will include a number of large-scale paintings, including Magnetische Landschaft (Magnetic Landscape), an abstract mountainscape executed in acrylic and iron mica on store-bought, checked fabric from 1982. The materials, content, and support in this work each simultaneously present distinct facets of Polke's multivalent investigation into German cultural and artistic history: medieval alchemical and (pseudo-)scientific experiments, Romanticism's fraught invocation of the natural world, and postwar Germany's bourgeois embrace of consumerism. The link between material experimentation and physical exploration is further explored in Polke's Lappländische Reise (Lapland Journey) series from 1984. As the series progresses, recognizable figures (a reindeer, a row of trees) are eliminated, as semi-transparent washes of lacquer dissolve into shifting, hallucinogenic forms.

Polke's attention to the properties and effects of transparency can be seen also in the selection of works from his series Laterna Magica. Painted in lacquer on both sides of transparent polyester fabric, they combine figuration and abstraction in complex, layered compositions. These works moreover evoke the medium of the magic lantern, an early slide projection device that predated the invention of the cinema.

Also on view will be a selection of experimental film works that document Polke's own travels.

The exhibition will be accompanied by a catalogue published by David Zwirner Books.