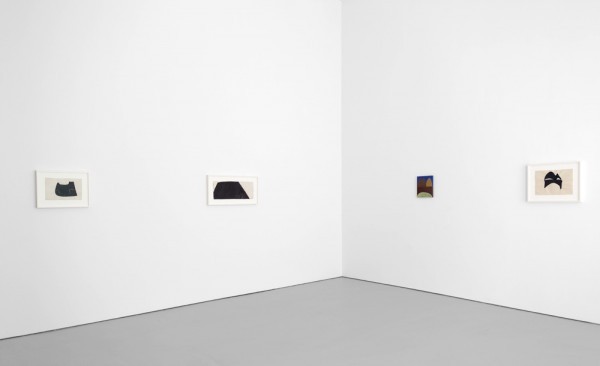 David Zwirner is pleased to present an exhibition of recent watercolors by Suzan Frecon, on view at the gallery’s 525 West 19th Street space. This will be the artist’s second solo show with the gallery.

For the past four decades, Suzan Frecon has become known for her abstract oil paintings and watercolors that are at once reductive and expressive. Each of her works is the result of a deliberative and searching process in the mediums of oil paint and watercolor paint, in tandem with graphite sketches and notes. All are part of the same unity, and new works often evolve from previous works. Frecon adamantly tries to avoid recognizable pictorial associations or symbolic explanations. Her intent is that if the work can be freed from a fixed idea or illustrative accompanying explanation, its reality can exist solely on its strength as art, in its highest possible form of abstraction. As she has stated, “The physical reality and the spiritual content of my paintings are the same.”

This exhibition consists of twenty-six watercolors and three small-scale oil paintings. Each provides an arresting autonomy that focuses attention onto the unique interaction of paper, surface, and paint; as a group, the works form subtle relationships to one another and bring forward issues of horizontality and verticality, recurring shapes, and interacting arrangements of color.

Frecon has noted that the “ground for my watercolors is usually agate-burnished old Indian ledger paper, simply because I like the way it takes the paint.” Each leaf of paper has its own innate character, due to creases, holes, blemishes, and even faint writings. The sizes of the sheets vary irregularly and impose their own dynamic constraints on the compositions. The development of the artist’s oil paintings, to the contrary, starts with the very deliberately determined measurements of the support, whose outside edges and material characteristics (whether paper or stretched linen) generate the compositions that provide the bedrock for the resulting paintings. Otherwise, the elements and criteria of the work are much the same; pigment color and property, paint binder of oil or gum arabic, form or composition, and asymmetrical balances, dissonances, and harmonies. All together they contribute to the experience of Frecon’s works.

The exhibition will be accompanied by a fully illustrated artist book published by David Zwirner and Radius Books with Lawrence Markey. A concurrent show of watercolors will be presented at Lawrence Markey in San Antonio, Texas, on view from February 22 to March 29, 2013.

Suzan Frecon was born in Mexico, Pennsylvania. Following a degree in Fine Arts at Pennsylvania State University in 1963, she spent three years at the École nationale supérieure des Beaux-Arts in Paris. In 2008, Frecon’s work was the subject of a major solo exhibition at The Menil Collection in Houston, Texas, form, color, illumination: Suzan Frecon painting, which traveled to the Kunstmuseum Bern, Switzerland. She was included in the 2010 Whitney Biennial, and her works are represented in the permanent collections of prominent institutions, including the Fogg Art Museum, Harvard University, Cambridge, Massachusetts; Kunstmuseum Bern, Switzerland; The Menil Collection, Houston; The Museum of Modern Art, New York; National Gallery of Art, Washington, D.C.; and the Whitney Museum of American Art, New York. She lives and works in New York.
www.davidzwirner.com