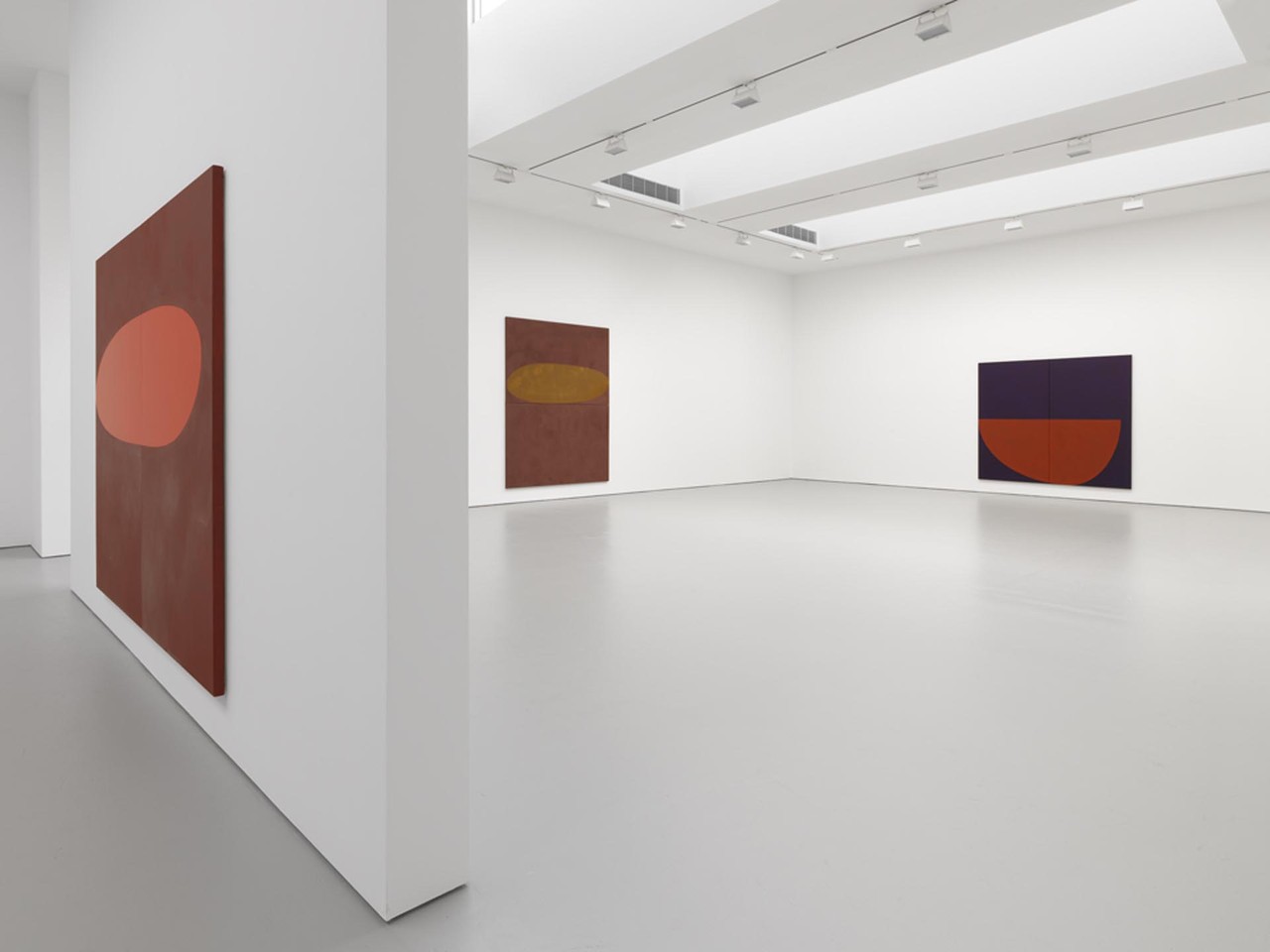 David Zwirner is pleased to present recent paintings and works on paper by Suzan Frecon in concurrent exhibitions in New York and London, marking the artist’s first show in London and her fourth overall solo presentation with the gallery.

For almost five decades, Frecon has created abstract paintings that address issues of horizontality and verticality, asymmetrical balances, and interacting arrangements of color. Each composition is the result of a deliberative process guided by careful attention to spatial relationships. Working slowly, she accrues paint gradually, allowing the process of arriving at a given configuration to take ultimate precedence.

On view at 525 West 19th Street in New York will be large-scale oil paintings composed with asymmetrical curves that result in minor and major measured areas of color. One area cannot exist without the other(s) and each can be read, often interchangeably, as full and/or empty space. In tandem with the resulting colors and variations of the paint itself, these works convey their engagement with natural light. Depending on the viewer’s position and the time of the day, the contrasts of matte and sheen, positive and negative, and immediacy and radiance, combine to create an ongoing visual experience of always varying subtleties.

In some works, Frecon has arranged two panels side by side (rather than stacked), realizing compositions that depart from the central, vertical “line” in a play of dissonance, asymmetry, and imbalance between areas of color that nonetheless hold in proportional relationships to each other. These areas also stem from an underlying, rational horizontal line—invisible, but still generating the forms of curved openings or enclosures to become one irregular whole. All areas are ultimately generated by the predetermined outside mean of vertical to horizontal. The composition in each particular painting is the foundation of the paint’s culmination.

On view at 24 Grafton Street in London will be works on paper utilizing form found in the artist’s oil paintings. However, in contrast to the paintings, whose deliberate measurements underlie the compositions, her watercolors also engage the relationship between paint and paper support. Each predetermined sheet—often an agate-burnished old Indian ledger page—has its own innate character, properties, and irregular shape; its creases, holes, blemishes, and even faint writings become an integral component of the final watercolor. Yet, within Frecon’s practice, all works are considered part of the same unity, and one painting leads to another.

“I think that you can only understand paintings by actually seeing them. Their truth is the paint,” Frecon says.

The exhibitions will be accompanied by a catalogue published by David Zwirner Books, featuring an essay by the art historian Richard Shiff and reproductions of individual works as well as installation views to best convey the experience of seeing the paintings.
www.davidzwirner.com